Why the Human Rights Campaign Had to Fire Its President

So far this year, one Washington powerhouse has lobbied for a commission to investigate the Jan. 6 attacks at the Capitol, pushed Facebook to ban an anti-abortion advocacy group from its platform and blamed former President Donald Trump for the violence facing Asian and Pacific Islander communities. The group’s stated agenda? LGBTQ rights.

In the last decade, the Human Rights Campaign has morphed from being the face of the so-called—and over-simplified—Gay Agenda into an agitator for a variety of progressive causes. When rights were at risk for anyone, you could count on HRC to be ready with their rhetoric and, if you were lucky, some of their $50 million budget. In an era when intersectionality is prime, the group hung a towering banner proclaiming “Black Lives Matter” on their eight-story headquarters just north of the lobbying corridor of K Street in downtown D.C.

Now that wide reach may have cost Alphonso David, the first Black man to lead HRC, his job.

Let’s start with the group’s broadening mandate. Part of the shift was out of necessity. The 2015 Supreme Court ruling that extended marriage rights to all couples forced all LGBTQ groups to consider a bit of a reset. Marriage had long been seen as the white whale of LGBTQ rights, and they got the prize years ahead of even the most optimistic activists’ dreams. So the group moved on, putting their formidable campaigning skills to work on other issues.

But the shift also grew out of ambition. Nothing encourages bigger goals than winning, and, at least for a moment, it looked like LGBTQ rights were unstoppable. The Clinton-era policy banning gays and lesbians serving in the military fell in 2011. Marriage became undeniable in 2015. An openly gay candidate for President won Iowa’s caucuses last year and now serves as the Transportation Secretary. Support for LGBTQ rights is at a landmark high. Narrowly focused groups like the American Foundation for Equal Rights and Freedom to Marry simply closed shop. State-level groups scaled back their activism, too.

These wins all encouraged HRC to take on the bigger mantle, even as a predictable backlash against LGBTQ rights took hold. (Today, the Equality Act remains stalled in Congress and it remains legal for some employers in some states to fire workers for their sexuality.) The Human Rights Campaign has used its extra bandwidth to build-out a legal network to deputize white-shoe law firms to fight discrimination of all stripes, to convene coalitions to fight Donald Trump’s Muslim ban and to lobby Congress for an immigration overhaul. Even their critics admit they are among the most effective political pros in the country and, for the first time, they have a winning agenda.

But going big and going wide can have unexpected consequences. Journalist James Kirchick, whose book “Secret City: The Hidden History of Gay Washington” is due out next year, has described the broad expansion of HRC and other LGBTQ groups’ agendas as “mission creep.” Others, like marriage historian Sasha Issenberg, have noted the challenges of coalition politics, arguing that what started as an unlikely series of alliances might not make sense any longer.

And that was before the Human Rights Campaign chief found himself embroiled in Andrew Cuomo’s scandals in New York. David had quietly been helping his former boss respond to the snowballing accusations of sexual harassment and borish behavior. As Cuomo’s former top attorney in the New York governor’s office, David had documents in his possession still that may have been useful to the team in Albany to rebuff at least one of the accusers’ claims, and David also advised Cuomo and his team about some of his response.

It’s never a good look to be seen helping a now-disgraced leader discredit his accusers. Having the Human Rights Campaign boards find out about that cooperation with both Cuomo and the investigators in press reports was even worse. But, a decade ago, before the #MeToo movement, David might have been fine.

Not today. After years of making inroads with allies in the #MeToo and Black Lives Matter movements, the Human Rights Campaign boards decided David was too much of a reputational liability. In a statement, they said David’s “actions in support of Governor Cuomo” were unacceptable and that he needed to take responsibility.

After all, it’s tough to ask the women in the pink hats to show up for Pride if one of the biggest names in LGBTQ politics worked—even on the periphery—to silence even a single woman. In an intersectional world, that overlap is toxic. 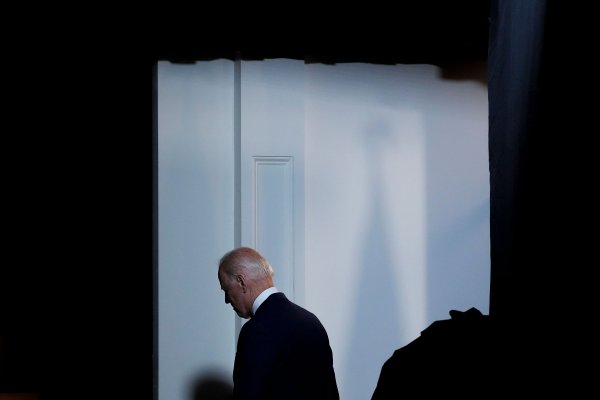 Independents’ Views on the Economy Pose a Political Risk to Joe Biden
Next Up: Editor's Pick