Apple CEO Tim Cook speaks with former TIME managing editor Nancy Gibbs at the TIME 100 Summit on April 23, 2019 in New York City.
Spencer Platt—Getty Images
Ideas
By Roger McNamee
McNamee began his Silicon Valley investing career in 1982. He was an early investor in Facebook and an advisor to Mark Zuckerberg. He is the author of the New York Times bestseller Zucked: Waking up to the Facebook Catastrophe.

I have followed Apple as a securities analyst and investor since 1985, and have admired the company and its values for most of that time. Recently, however, I have become frustrated that Apple does not appear to recognize how vulnerable it is in a changing political landscape.

Recent news reports alleging mistreatment of some employees, internal policies that conflict with the company’s outward-facing stance on privacy, and efforts to prevent the passage of state laws to enable competition with the AppStore, along with a high profile lawsuit related to AppStore policies have tarnished Apple’s reputation. Despite this, the company has taken a stance towards Congress and regulators that the latter describe as ranging from arrogant to inflexible.

Unless Apple rethinks its approach, regulators will likely have no choice but to undermine its advantage in privacy and security. As a customer, that will piss me off. As an activist trying to reform the tech industry, it will leave me wondering what might have been. I would like to suggest a path to a better outcome.

Apple is no longer the plucky upstart it was when Steve Jobs returned two decades ago. The company has a market value bigger than the GDP of all but eight countries in the world. In the trailing four quarters, your firm enjoyed a tax rate of about 14%, which has attracted the attention of Senator Warren, among others, who believe it is too low. Apple has huge economic power, which it uses for competitive advantage. Some of the victims of that economic power are fighting back, not unreasonably, and Apple’s brand with policy makers has taken a beating. The company’s reaction? One of surprise and resentment, which is not working. The time has come to change Apple’s approach.

Every major tech company deploys AI and surveillance in ways that are inscrutable and often harmful. Tech giants are so big that their decisions transform societies, too often for the worse. Apple is nowhere near the worst offender, but because it accounts for nearly half of the North American smartphone market, the scale of its issues is too big to ignore. Governments around the world feel political pressure to intervene to address Apple’s anticompetitive behavior.

Reform of the tech industry will require legislation in safety, privacy and antitrust. Unfortunately, the legislative process will take many years and policymakers need to buy time by using the limited tools at their disposal to slow down the relentless power grab of internet platforms. Antitrust law is the only tool that can have an impact in the next year or two.

Regulators in the U.S. and Europe are adapting antitrust laws created for an industrial economy. It is an imperfect situation, a blunt instrument where surgical precision would be better, but the alternative is to cede even more power to unelected monopolists. The big targets are Amazon, Google and Facebook, but regulating those companies will be complex and time consuming, as some of the worst harms are not covered by current statutes.

Regulators may seek easier targets to get an early win and Apple is positioned to be that target. Its anticompetitive behavior has drawn public attention out of proportion with the damage it causes.

Regulators’ goal is to reduce the AppStore fees Apple charges developers and to eliminate anticompetitive behavior in support of Apple’s own applications. Unfortunately, regulators do not have the tools necessary to do that without collateral damage. In the absence of cooperation from Apple, their only option is to enable competing app stores, which would cause irreparable harm to the security and privacy that are Apple’s core differentiation.

From a regulatory perspective, fixing Apple is relatively simple. Doing so will strengthen regulators’ hand for the bigger fight against internet platforms by sending the message that collateral damage is an acceptable cost in pursuit of reform.

Rather than trying to understand the concerns of policymakers, Apple has chosen not to engage. It opposes all forms of antitrust regulation. As far as I can tell, Apple’s communication with governments focuses on four points:

The first two points are valid, while the other two are debatable. None of these points addresses what policymakers care about, namely anticompetitive behavior and misaligned incentives in some of Apple’s services businesses.

At this point, antitrust intervention in Europe, the U.S., or both is almost certain. By refusing to engage with the legitimate concerns of policymakers, Apple is risking its core security and privacy brand to protect business practices that are not essential to its future.

Policymakers feel pressure to address anticompetitive behavior in the AppStore, specifically related to the 30% fee Apple charges on most purchases, the preference given to Apple’s own applications, limiting alternative payment systems and the bundling of some Apple apps with iPhones.

It is undeniable that the AppStore has created economic opportunity for millions of developers, a handful of which have pushed back publicly on Apple’s business practices. One of those, Epic, maker of Fortnite and the Unreal Engine, has filed a lawsuit that caused you and two other Apple executives to testify. Epic is arguing for the right to bypass the AppStore for in-app purchases, which Apple contends would almost certainly give developers the ability to evade Apple’s privacy and security rules, which would be a disaster for the company’s brand.

Epic has also filed a similar suit against Google in which it alleges that, with respect to developer policies, Google and Apple executives made a note that “our vision is that we work as if we are one company.” If true, that is a serious antitrust violation.

It is a strategic error for Apple’s lobbyists and surrogates in Washington to argue against every new antitrust law targeting the tech industry. Apple has made itself a target by being incredibly successful and by adopting communications strategies that mimic tech giants whose anticompetitive behavior is substantially more damaging. Apple is almost certain to lose something, but there is still room to protect your most valuable assets. There may also be an opportunity to gain competitive advantage. Google’s Android operating system has roughly 85% global share in smartphones and smart devices, so robust antitrust intervention against Google may give Apple an opportunity to gain market share in its most important business.

How can you accomplish this? As your old ads used to say, Think Different.

Apple poses nothing like as serious an antitrust threat as Amazon, Google or Facebook, but its anticompetitive behavior is an inviting target. Intransigence and poor communications have made the situation worse for Apple. Regulators in the European Union have warned Apple that they will insist on third party app stores, and that pressure is growing in the U.S. as well.

In theory, Apple could live with that if every version of every app were identical. Unfortunately, enforcement would be difficult, and the consequences of failure potentially catastrophic for the company’s brand. Apple needs to compromise.

Consumers benefit from Apple’s security and privacy policies, so regulators’ real goals are lower fees in the AppStore for apps and in-app purchases. This would end Apple’s policy of favoring its own apps, and perhaps an end to bundling. Another problematic behavior is that Apple does not enable vendors to alert customers to lower prices that may exist outside the AppStore. Regulators may even insist that Apple spin off its app business, something it did once before, in 1987.

Apple should be open to all of these concessions, as they are a small price to pay for retaining control over its platform. Cooperation may give Apple some leverage in the negotiation of AppStore fees.

There is one more thing Apple can offer to regulators: public support for the tech reform movement. The House Judiciary Committee recently approved six new antitrust bills targeting the tech industry. Apple has lobbied against all six, but only two of them pose serious issues for the company. One of those is the bill allowing third party app stores and the other would break up tech giants.

There is no way Apple can support the break up bill, but it has an opportunity to negotiate a solution to the other. If it does so, Apple should be able to support five of the six bills. That would be a game changer, both for the bipartisan sponsors of the legislation and for Apple’s relationship with regulators.

I do not recommend that Apple offer these changes unilaterally, but should reach out to House Antitrust Subcommittee Chair David Cicilline and perhaps the top antitrust people at the FTC and DOJ to see if they are open to compromise; a deal with U.S. regulators could even be sold to European counterparts. More importantly, a cooperative Apple would be a friend to regulators, who would benefit from support from a tech leader.

In addition, Apple is ideally positioned to help regulators take on their most important targets: Amazon, Google, and Facebook. By supporting regulators, Apple would likely gain goodwill that would pay dividends for years to come.

With each new revelation of anticompetitive behavior, this strategy becomes a bigger longshot. Unfortunately, Apple has no better option.

Please stop viewing antitrust as a penalty for success. Antitrust intervention is the prize for winning in business by an overwhelming margin. It only happens when the status quo has become politically unsustainable. Think of it as the gold medal, the signal to begin a new game. Congratulations, Apple won! 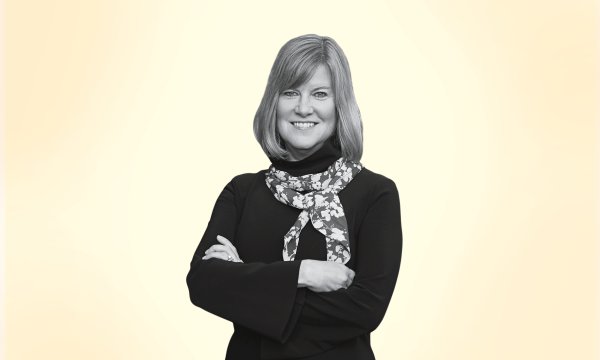 Twitter is Evolving Beyond Hybrid Working and the Workplace
Next Up: Editor's Pick