Thinking of Investing in a Green Fund? Many Don't Live Up to Their Promises, a New Report Claims

The number of green investment funds is skyrocketing, but many are investing in companies that aren’t aligned with the goals of the Paris Agreement. That’s according to a report published on Aug. 27 by InfluenceMap. The London-based climate change think tank accused the majority of green funds of falling short.

It concluded that more than half of the climate-themed funds, which describe themselves with phrases like “low carbon,” “energy transition,” and “clean energy,” fall short of the vision laid out in the Paris treaty. Adopted in 2015, the pact calls on countries to do their best to reduce emissions to keep global temperatures to less than 2°C above pre-industrial levels—and preferably no more than 1.5°C—in the hopes of avoiding the worst consequences of climate change.

More than 70% of the funds with broader ESG goals are also misaligned with global climate targets, according to the think tank. Such funds take ethical criteria into account besides environmental factors. As well as the greenhouse gas emissions of a company, for example, they might also consider how it treats its employees and the diversity of its board.

The report looked at company shares that asset managers held in their portfolios and considered how compatible the planned operations of those companies were with limiting warming to below 2°C (for example, by assessing how many electric, hybrid and internal combustion engines an automotive company might produce). It found a large discrepancy between them.

“There exists a wide variability in the market and the InfluenceMap report shines a bright light on that lack of ESG standardization,” says Nina Seega, the research director for sustainable finance at the Cambridge Institute for Sustainability Leadership.

The report also alleged shortcomings in the ESG funds of some of the world’s largest asset managers, including UBS Group AG and BlackRock, Inc., whose CEO Larry Fink has promised to put sustainability at the core of how the company invests. It claimed some climate-themed funds had holdings in the fossil-fuel industry, including a BlackRock “fossil fuel screened” fund, and a State Street Corporation “fossil fuel reserves free” fund, which held shares in Marathon Petroleum and Phillips 66—”two of the world’s most egregious fossil fuel lobbying companies preventing policy-based climate action, according to InfluenceMap’s research on corporate lobbying on climate change policy.”

This latest analysis adds to a chorus of concerns over “greenwashing”—the practice of claiming spurious environmental benefits—as worry over climate change intensifies . Assets in ESG funds soared to over $1.7 trillion in 2020, according to the industry tracker Morningstar.

A report published by the Economist in May found that some of the world’s biggest ESG funds are “stuffed full of polluters and sin stocks.” U.S. and German authorities launched an investigation last month into Deutsche Bank AG’s asset-management arm DWS Group, after a former executive alleged that the firm overstated the environmental credentials of some of its products. (DWS Group rejected the allegations).

BlackRock’s former CIO of sustainable investing, Tariq Fancy, accused the financial world of greenwashing in a March op-ed in USA Today. “In truth, sustainable investing boils down to little more than marketing hype, PR spin and disingenuous promises from the investment community,” he said.

Olivia Offner, a spokesperson for State Street, said: “To meet differing investor needs and risk profiles, we offer a range of ESG strategies, including funds aligned to the Paris Agreement, and funds that meet climate objectives in other ways.”

InfluenceMap acknowledged that some funds were outside the scope of its research, and said it only assessed funds within certain parameters set out in the report.

Scrutiny of green funds is increasing

The global asset management industry stands at more than $100 trillion, and many of the world’s largest asset managers have set climate targets: 128 asset managers with $43 trillion in assets have signed the Net Zero Asset Managers initiative, committing to supporting the goal of net zero emissions by 2050 or sooner.

“ESG funds can make a really meaningful impact by reallocating capital away from companies that refuse to be part of the transition to the net zero economy,” says Nick Robins, a professor in practice for sustainable finance at the London School of Economics (LSE). “Using the investor voice to press for change in business practices and policy frameworks is crucial so that we get the system change we need.”

Daan Van Acker, the analyst at InfluenceMap who wrote the report, says that he believes there should be a more consistent approach to branding and the marketing language of ESG funds. “It can be quite difficult for investors to accurately be able to analyze whether a fund corresponds to their investment goals,” he says.

Regulators across the world are already cracking down. The European Union implemented an ambitious rule in March. Known as the Sustainable Finance Disclosure Regulation (SFDR), it seeks to enhance transparency on just how sustainable financial products actually are.

Read More: A Climate Solution Lies Deep Under the Ocean—But Accessing It Could Have Huge Environmental Costs

Europe is ahead of the U.S. and Asia in its regulation, but authorities elsewhere are also making changes. Hong Kong’s financial regulator is enhancing disclosure requirements for ESG funds, and the U.S. Securities and Exchange Commission (SEC) formed a task force early this year to investigate potential misconduct related to companies’ sustainability claims.

“Many funds these days brand themselves as green, sustainable, low-carbon, and so on,” SEC Chairman Gary Gensler said on Sept. 1 in a speech delivered to the European Parliament Committee on Economic and Monetary Affairs. “I’ve directed staff to review current practices and consider recommendations about whether fund managers should disclose the criteria and underlying data they use to market themselves as such.”

Despite the challenges, experts say that the proliferation of green funds is a good thing.

“I do think greenwashing is prevalent in the fund industry,” says Dragon Tang, a professor of finance at the University of Hong Kong’s Business School. “Most fund managers cannot just become ESG experts overnight. Many of them are also not truly committed to long-term environmental and social benefits,”

But he adds: “While I think it is paramount to guard against greenwashing, I am glad to see the current wave of support for ESG. Some funds may intend to greenwash, but then they may change and really do go green.” 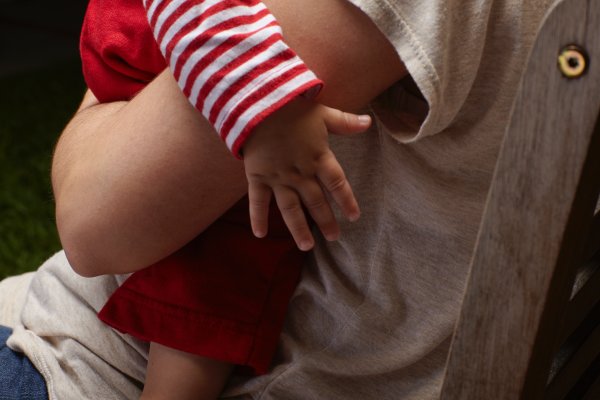 These Kids Are US Citizens But Can't Get the Child Tax Credit
Next Up: Editor's Pick