U.S. Civil Engineers Bent the Rules to Give New Orleans Extra Protection from Hurricanes. Those Adjustments Might Have Saved the City During Ida

In the aftermath of Hurricane Katrina, which hit New Orleans in late August 2005, the U.S. Army Corps of Engineers was tasked with building a new flood-defense network. Congress allocated billions of dollars to build pumps, dikes and floodwalls for a system meant to withstand a so-called “100-year storm.”

That’s typical. In building flood protection, engineers can’t guarantee their designs can survive every possible weather event. Instead, they often build to a standard based on the 100-year storm, an extreme weather event with a 1% probability of occurring in any given year, calculated statistically from past floods and rains in a given area. That standard works fine when you’re building a dike in areas where a flood won’t cause enormous damage, like an area of farmland. But in New Orleans the metric is woefully inadequate to defend the city from another disaster, partially because the usefulness of past weather data in predicting what the future will hold is plummeting.

But according to a former senior official in the Army Corps who worked on the project, the engineers designing new flood barriers in New Orleans stretched their calculations such that they would lead to the construction of better protection than a strictly by-the-book approach might have entailed. Those decisions may well have saved New Orleans from calamity this past week, when Hurricane Ida hit.

Don Resio, then a technical supervisor in the U.S. Army Corps of Engineers’ (USACE) coastal program, was assigned in 2006 to lead a group of specialists tasked with using statistics to model the likely threat that future storms would pose to New Orleans. He toured the city’s devastated defenses in the days after Hurricane Katrina, and today remembers the sight of children’s toys floating in the rancid floodwaters, along with the stench of rotting bodies emanating from waterlogged houses. He knew that legislators in charge of allocating funding for the project likely didn’t understand that building for a 100-year storm, the standard in many such projects, would leave populations at significant risk. For instance, there would be a cumulative 26% probability of a 100-year storm hitting sometime in the next 30 years. Across 65 years, it would be equivalent to the flip of a coin. And as climate change brought stronger and more frequent extreme storms, the likelihood of such events would only increase.

So the engineers tasked with designing and building the city’s new defenses fudged the numbers so that their work would actually protect New Orleans from the inevitable. After all, no one knew when Congress would get around to funding New Orleans protective measures again, and Corps engineers had a unique opportunity to win the resources needed to do their job properly.

The engineers didn’t lie; instead, they just were exceedingly “conservative” in all their approximations, says Resio. Certain variables were factored in twice. Those accounting for potential ocean waves, for example, were added in twice, meaning that the resulting levee was built with an extra few feet of clearance. If they had gone with a strictly “rule-based” 100-year flood system, it would not have accounted for the likelihood of climate change, says Resio. But instead, the engineers designed and built a system—which included the $1.1 billion West Closure Complex and the 1.8-mille long Lake Borgne Surge Barrier—that might be considered more like 200-year flood protection, Resio says.

“It was all done legitimately, rule-based, but it was done with a very conservative eye to uncertainty,” says Resio. “We knew we were going above the limits that somebody might have thought we should…We were making the decisions so it wouldn’t come back to haunt us.”

As the head of a nationally organized Army Corps specialist group in charge of post-Katrina risk statistics for New Orleans, Resio reviewed levee height estimates and other numbers coming out of other working groups and the local USACE district in the post-Katrina effort. “We were going to go for everything we could to protect the city, and it passed muster with everybody up the way. Nobody asked any silly questions,” says Resio. “The [local] district [USACE] people had come up with their numbers, and I knew they were higher than what were legitimate. I never asked them how they got their numbers. I knew they were higher then, and they knew they were higher then, but as long as you’re not openly saying it—I don’t think anybody said, ‘Hey let’s absolutely violate [the 100-year metric].’ Though maybe we did.”

Hugh Roberts, the COO of The Water Institute of the Gulf, a non-profit research organization, worked with the Army Corps on post-Katrina flood protections. He characterizes the Army Corps’ work simply as solid engineering judgement that effectively accounted for future climate uncertainty. “There might have been some double counting, and there might have been some raising some numbers, because maybe there was enough funding to do that,” says Hugh. The reality, he says, is that 100-year flood levels of today are going to look far different 20 or 30 years from now, and engineers must factor in that likelihood.

Those measures were tested this past week, as Hurricane Ida pummeled the city. The defenses built in the post-Katrina years held, preventing the kind of devastating flooding that killed nearly 2,000 people in New Orleans in 2005. According to Resio, if they had designed the system strictly for a 100-year storm, it would have failed during Ida. The extra layers of protection added by the engineers might well have saved countless lives.

In areas, like New Orleans, that expect to see more frequent and extreme storms in the decades ahead, infrastructure designed to keep a population safe can depreciate rapidly, failing to keep up with what a warming climate may throw at it, explains Jeremy Bricker, a professor of civil and environmental engineering at the University of Michigan. “With climate change and sea level rise, that [flood] water level that under historical statistics had a one-in-100 chance of occurring each year is going to gradually have a higher and higher chance of occurring,” he says. In other words, extreme weather events that can overpower infrastructure built to 100-year standards are becoming more and more common.

Such problems aren’t limited to New Orleans. Since 1950, storms that overmatch design specifications for infrastructure like dikes and dams have become increasingly common around the country, according to a 2019 study published in the journal Geophysical Research Letters. In essence, “100-year storms” have been coming more often than they should.

One strategy in an infrastructure arms race against nature might be for cities to invest in so-called adaptive design, where they build infrastructure with the expectation that they may have to add to it later. For instance, a city could build extra-wide levees, allowing room at the top (and support underneath) to add additional height in anticipation of higher sea levels in decades ahead. Near Amsterdam, for example, engineers have built extra culverts into some of the dikes meant to protect the city from storm surges, planning for a future where extra pump stations would need them to face a rising ocean. Indeed, the Netherlands is seen as a leader when it comes to managing water in a changing climate—some infrastructure in the country has been designed to anticipate weather events expected once every 10,000 years.

But there’s a problem of expense in simply building bigger and bigger levees, slucegates, and other flood control structures. Joannes Westerink, a civil engineer and computational hydrologist at Notre Dame University, has spent much of his career developing software to predict hurricane storm surges. He says that it’s feasible to protect smaller, densely populated areas from the most extreme floods, but that the problem grows increasingly difficult and expensive as the physical area you’re trying to keep dry grows. In the long term, there’s a choice: Encourage people to live closer together—and reduce highways, lawns and golf courses—and you might be able to reasonably protect them from the worst a changing climate can throw at them. Or, make do with weaker flood-protection systems to cover a larger area and protect a much more widely spaced population.

Going into a future that will see more extreme storms and sea level rise, New Orleans appears to be on the latter path. More than 350 miles of levees protect the city from the waters that surround it. “That’s a heck of a lot,” says Westerink. “Can you [protect to a higher standard] in a footprint that might only be 100 miles? You bet. But you have to totally rethink infrastructure, how people live.”

And even with the formidable extra layers of protection engineers baked into New Orleans’s system, Resio still worries that the levee design he worked on will become inadequate to protect the city as seas rise and storms worsen. Currently, he expects the system can withstand waves and storm surges from a category 4 hurricane. “[There’s] also probably some conservativeness on top of that,” he says. “But that doesn’t mean it won’t be overtopped, and that still scares me.” 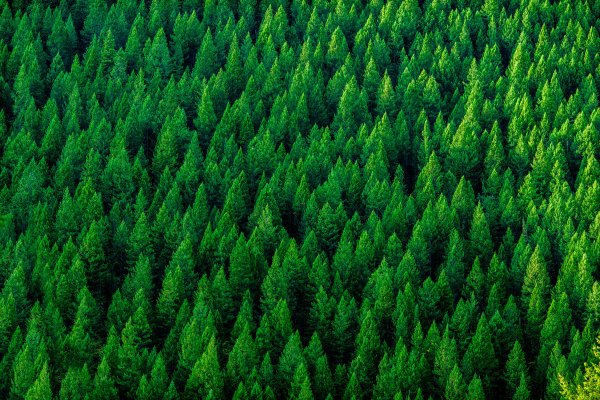 Yes, We Can Grow 1 Trillion Trees to Help Fight Climate Change
Next Up: Editor's Pick