Teen Artists Are Making Millions on NFTs. How Are They Doing It?

Jaiden Stipp was watching a Star Wars movie at his afternoon youth group in Tacoma, Washington, last March when the bids started coming in. First it was a fragment of an Ethereum coin, worth about $300 at the time. Then it was more. Eventually Stipp—who is 15 years old and will soon be starting his sophomore year of high school—sold his artwork, a digital illustration of a waving, astronaut-like cartoon figure, for 20ETH. (That converted to over $30,000; it was traded a month later for nearly $60,000.) “My dad was like, ‘No way this is actual money,’” Stipp says. “It seems like it’s a lot of fake money being passed around. So we took some of the money out just to see what’s actually real. And then at the bank. I was like, ‘Whoa.’”

Stipp had been making and selling logo designs for customers found on the social app Discord for $20 to $70. On a whim, he made his astronaut cartoon into an NFT (non-fungible token), put it up for auction, and became a blue-chip artist overnight. He’s since sold four more pieces, and cashed out enough to help his parents pay off their house and cars. The rest, he invests in the early works of other young artists who are bypassing the traditional art market to find a stable of eager buyers in the world of cryptoart on the blockchain.

NFTs, like Bitcoin and other cryptocurrencies, have been subject to bouts of volatility since hitting the mainstream in the spring. The early bubble, in which artists like Beeple sold his work for $69 million, has burst. But what remains is a steadily flourishing market for digitally-native art and collectible virtual paraphernalia. One major marketplace called OpenSea, for instance, just surpassed 26,000 users, with over $3 billion in sales volume in August alone—a tenfold increase from July.

Read More: NFTs Are Shaking Up the Art World—But They Could Change So Much More

For some of the younger creators in this Wild West of art, the wave may not have even crested yet. Noah Davis, head of digital sales at Christie’s, is bullish on the future, particularly for the young artists who are flooding the space. “They have the keys to the castle,” Davis says. “It’s not a strictly aesthetic game. It’s not about the same ideals and goals that fine artists used to have. This is a space that really values community and the identity of the artists behind the project in a way that was not nearly as important before.” Recent weeks have seen newer and younger artists thrive; Davis calls it “unmitigated insanity,” with record prices for projects from cryptonative artists like 12-year-old Benyamin Ahmed and his Weird Whales series. “There is a premium for artists who look and feel like they’re part of this community and part of this world,” Davis says. Whether or not it’s a bubble is beside the point to the buyers who are willing to invest in these NFTs—buyers whose mindset, Davis says, is that “the future is now.”

One of the first to bid on Jaiden Stipp’s work was Victor Langlois, another digital artist—himself 18 years old—who goes by the mononym FEWOCiOUS and has received critical accolades for his colorful, identity-focused work. (He has reportedly cashed in over $18 million in the past year on his own NFT sales; when asked about that figure, though, Langlois just laughs and says he has no idea what he’s really made.) Langlois, Stipp, and a growing community of cryptoartist teens are discovering that their status as digital natives gives them a leg up in the NFT market. “We just grew up messing around on social media, watching YouTube videos, or playing video games. So we understand, since growing up, trading digital assets in a video game and, like, working to get [things like] armor and leveling up,” Langlois says. “It just translates naturally to NFTs, because it’s like trading collectibles, or trading your art.”

Plus, the free-for-all experience means there’s no barrier to entry, or to investment. The process of minting an NFT goes like this: first, you apply to be featured on a marketplace like SuperRare; it took Stipp about a month to be accepted. Then, you access a site where you upload the digital file you’d like to list and “tokenize” it, including paying a minting fee. (Since he’s a minor, Stipp’s mom has helped him set up a PayPal account and a Bitcoin wallet to use for his transactions.) From there, it’s about developing hype and connecting with other artists and collectors, who bid on each other to boost visibility and sales. Some artists, like Weird Whales’ Ahmed and 12-year-old Nyla Hayes, are selling collectible series of thousands of works, taking advantage of computer generation to iterate on a concept. (Her series is called Long Neckie Ladies.)

“It’s accessible to anybody, anywhere, anytime to meet on the blockchain,” Stipp says. “And you get people to notice your work easier than if you were to be in a traditional gallery or traditional art setting.” It means teens can circumvent the stuffier side of art sales and the obstacles that more established gallery processes present. And they can create a community that’s independent of outside arbiters of taste.

Read More: Digital NFT Art Is Booming—But at What Cost?

Not everyone has bought into this future. Cat Graffam, an artist and art educator who has been outspoken on Twitter and YouTube about their concerns, warns about the potentially predatory nature of the marketplace and investors. “I think that people who stand to gain the most are people like the Winklevoss twins, who are already mega rich and own an NFT platform,” Graffam says. “The biggest losers are the wide majority of unestablished artists that are attempting to break into NFT sales.” Regardless of whether or not it sells, artists pay to mint their work on the blockchain, and the owners of sales platforms inevitably benefit from this influx of NFT art. Ultimately, not everyone’s story is as successful as that of Stipp or Langlois. The tricky thing about NFT art is that its very existence turns art works into pure currency—a flattening of creative expression that some artists will always chafe at. “Valuing art solely based on how much money you make people really is reductive and detracts from the personal value, the cultural value that art can have,” Graffam says, echoing critiques of the broader contemporary art market. Other concerns include potential for fraud and art theft, as well as the frequently-cited environmental downside.

Graffam understands that the art world is particularly enamored with youth; they were just 19 when an online magazine associated with the Saatchi Gallery first wrote about them, anointing them as a rising star and providing them with a springboard to their first exhibition. But while Graffam, now 28, applauds artists like Langlois, they remain skeptical of the broader potential.

But for Langlois, Stipp and artists like 14-year-old Erin Beesley from North Carolina, the future seems bright—and Beesley hasn’t even started high school yet. She learned about NFTs in 2017, playing an online game called Cryptokitties. (Think Neopets, but simpler.) She’s been an artist since she was a toddler, taught herself to code in 2019, and now produces generative art—images and videos made using code she’s written. Types of generative art have been around for decades, but coded projects like Beesley’s suit today’s digital space particularly well. Most recently, her work—which she lists on the platform SuperRare, the same one that Langlois and Stipp have used—is selling for 14ETH, or about $50,000. She says she’s trying to be “slow and meticulous” about releasing and selling pieces, and has been reinvesting in both NFTs and physical art. As for her parents and friends? ​​”I think they’re very impressed but don’t 100% get the technical stuff, so it’s a bit confusing to them,” she says, nonchalant.

Like Beesley, Stipp has been low-key about his digital fame; he just started at a new high school, and other than his best friend who’s helped him with sales, he doesn’t think anyone knows about his NFT successes. He has also kept to a strategy of more limited one-off releases. The income is just a bonus for him. He didn’t even really feel a change when the summer’s “crash” tanked crypto values in June, perhaps sparked by hesitations from Elon Musk. Since then, the markets climbed back to over $2 trillion across exchanges, but remain subject to bouts of major volatility; on Sept. 7, for instance, they dropped about 15%. For teenage NFT artists, the ups and downs are the sideshow. It’s the community that matters most.

“I feel even more connected than I was back in March,” Stipp says. Langlois, too, is bright-eyed. “Anytime I see someone young, I’m like, Yes, I believe in you,” he says. “And the fact that you even know what this is and you knew how to make something? I want to support you so hard because I don’t know what you’re going to do in three years; you could invent the future… something!” 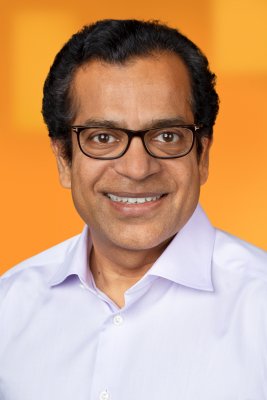