The War in Afghanistan Is Over. But Congressional Oversight Is Just Beginning

President Joe Biden attends the dignified transfer of the remains of fallen service members at Dover Air Force Base in Dover, Delaware, August, 29, 2021, after 13 members of the US military were killed in Afghanistan.
Saul Loeb/AFP—Getty Images
By Alana Abramson

America’s longest war may have ended, but the accountability battles for President Joe Biden’s Administration are just beginning.

The Biden Administration had been fielding questions from lawmakers on both sides of the aisle about the Afghanistan withdrawal since the August 31 deadline was set back in April. But the requests for documents and testimony ratcheted up after the Taliban took control of Kabul on August 14, and intensified further after the deadly suicide bombing at the Hamid Karzai airport on August 26.

The push for accountability is coming from both political parties, but differences in approach between Democrats and Republicans are already setting the stage for a pitched partisan battle. For Democrats, the fight will reveal whether their loyalties lie with party or with truth, after they spent four years criticizing Republicans for not conducting rigorous oversight of President Donald Trump. For Republicans, this moment marks an opportunity to attack the Biden Administration after a series of decisions led to a speedy Taliban takeover that put both U.S. citizens and Afghans in danger. The congressional fight will be waged on both substance and process: Democrats control both chambers of Congress, so Republicans don’t have the power to issue subpoenas or call for testimony on their own.

In recent years, congressional oversight typically has involved “the President’s party basically protecting its quarterback and under-investigating its president, and over-investigating the other party,” says Tom Davis, a former Republican lawmaker who chaired the House Committee on Oversight and Government Reform during the George W. Bush Administration. “This will be a real test.”

So far, Democrats have indicated they will investigate the Biden Administration. “We clearly want to do oversight,” says one Democratic source familiar with the House Foreign Relations Committee’s oversight strategy. “That alone is a radical departure from what we saw in the previous Administration.”

Rep. Gregory Meeks, a Democrat from New York who chairs the House Foreign Affairs Committee, asked on August 17 for Secretary of Defense Loyd Austin and Secretary of State Antony Blinken to testify about the Administration’s plans to evacuate Americans and Afghans who assisted them, and the counterterrorism plan going forward. Sen. Robert Menendez, a Democrat from New Jersey who chairs the Senate Foreign Relations Committee, said in an August 17 statement that he was “disappointed that the Biden Administration clearly did not accurately assess the implications of a rapid U.S. withdrawal” and vowed to hold a hearing on U.S. policy in Afghanistan.

Democratic aides say that while they want to hear from Biden Administration officials, the oversight must also expand to include the United States’ actions during the 20-year war. One topic of interest will likely be the peace agreement Trump signed with the Taliban last year to leave Afghanistan by May 2021. Menendez said that his oversight hearing on Afghanistan will focus on the Trump Administration’s negotiations with Taliban along with the Biden Administration’s execution of the U.S. withdrawal. “It’s impossible to examine the collapse of a 20 year war in Afghanistan through the lens of the last 15 days,” says one senior Democratic aide on the Committee on Oversight and Reform.

Like the Democrats, Republicans are seeking answers about the withdrawal, the speedy collapse of the Afghan government and the future of the counterterrorism mission. But they want the oversight efforts to focus on the withdrawal itself, rather than probing actions over the past 20 years, according to two congressional aides. “We had been hearing on the ground repeatedly concerns that [the collapse of the Afghan government] was indeed going to happen,” says one senior Senate aide. “The fact that the State Department was completely unprepared for all of this highlights the fact that they either weren’t reading the intelligence, or they didn’t want to believe it.”

Republicans already are alleging that Democrats are being too relaxed about oversight of the Biden Administration. The 12 Republicans on the Senate Foreign Relations Committee, for instance, sent a letter to Menendez on August 17 asking to call Blinken to testify before the committee, but say they have not heard back. “[Democrats] have said they are supportive of a hearing, but they have not secured a commitment from the administration for the hearing,” says the senior Senate aide. Menendez’s office did not respond to requests for comment.

Discrepancies have also emerged between the two parties over the processing of Special Immigrant Visas for the Afghans who assisted the United States during the war, which promises to be the next front in the oversight fight. Democrats have encouraged the Administration to increase the refugee cap to accommodate these Afghans, or take further action to accelerate resettlement. Some Republicans, on the other hand, are urging intensified vetting to ensure terrorists don’t try and slip into the country. On August 25th, Rep. James Comer of Kentucky, the ranking Republican on the Committee on Oversight and Reform, sent a letter to Blinken requesting a staff-level hearing on the Administration’s vetting efforts. “In the chaotic situation left in the wake of the Taliban’s takeover of Afghanistan, we are particularly concerned that terrorists and others who wish to harm the United States may seek to infiltrate the country disguised as those who provided assistance to coalition forces in Afghanistan,” Comer wrote. According to a congressional aide, the State Department has not responded to Comer’s letter, but he did secure a commitment from the Special Inspector General for Afghanistan Reconstruction (SIGAR) John F. Sopko to testify before the committee. SIGAR did not immediately respond to a request for comment.

Amid all of these requests for answers, the partisan fighting will only intensify. Several congressional Republicans have already called for Biden’s impeachment, and others are calling for Blinken’s resignation. But some Republicans worry these calls will distract from the real oversight mission. “Certainly it’s polarizing,” says the senior Senate aide, “at a time when we’re just trying to get simple answers.” 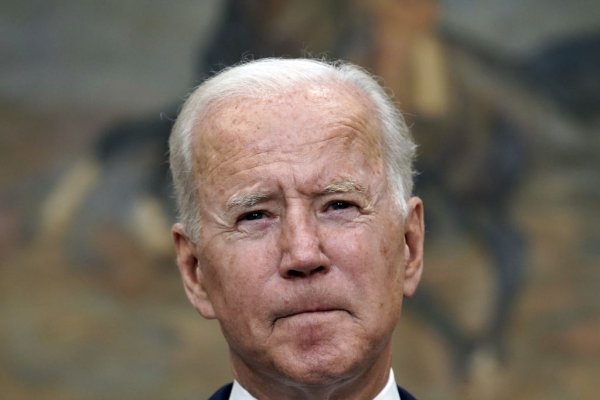 Biden Faces a Test Evacuating Americans From Afghanistan
Next Up: Editor's Pick