The U.S. job market is rebounding faster than expected and the worrisome inflation consumers are seeing lately is largely under control—and quite temporary. That’s Federal Reserve Chair Jerome Powell’s broad diagnosis on the current state of a recovering U.S. economy.

While unemployment is still higher than he’d like, Powell said in a rare speech on Friday morning that “the prospects are good for continued progress toward maximum employment.” The current high prices of goods and challenges posed by high case numbers of the Delta variant are temporary, he said, and he expects both to recede on their own.

The speech was “a very optimistic cut on where we’re headed,” says David Wessel, senior fellow in economic studies at the Brookings Institute. “The bad things that we see [in the economy right now], he describes as temporary, and the good things, he describes as persistent.”

Powell began his speech with a tribute to frontline workers who “kept the economy going” through a “vigorous but uneven recovery.” He seemed focused on those undergirding the economy right now, segueing into a section about that unevenness: “The economic downturn has not fallen equally on all Americans, and those least able to shoulder the burden have been hardest hit,” he said. “In particular, despite progress, joblessness continues to fall disproportionately on lower-wage workers in the service sector and on African Americans and Hispanics.”

His strategy moving forward looks to focus on those who have fallen off the economic ladder. By beginning to reduce the Fed’s large bond purchases this year but leaving interest rates at effectively zero for the foreseeable future, Powell is prioritizing getting more Americans back to work over lowering the prices of goods and services.

“He’s saying, ‘I know inflation is up there, but when I look at the labor market, I don’t want to touch the brakes on raising employment,'” says Wessel. “Inflation affects everybody. Employment affects the unemployed.” This focus on reducing economic inequality is a trademark of the Powell Federal Reserve, Wessel says. Powell took over the job in 2018 from Janet Yellen. Past Fed. Chairs focused more on the average worker, rather than the outliers.

Sustained low interest rates will also help those looking to start small businesses, which can in turn hire people looking for work. Low wage workers, especially, have many options—to work at a grocery store or a restaurant or in retail, for example—creating competition for higher wages.

For consumers, low interest rates mean it’s a good time to invest in stocks or buy a home. Meanwhile, savings accounts won’t be as profitable.

The Biden administration will likely be pleased with Powell’s plan to keep fueling economic growth. Efforts to lower inflation could have had negative effects on employment rates, which wouldn’t be favorable for Democrats going into the 2022 and 2024 election cycles. For Powell, it’s a nod in his favor as he may look to be reappointed in 2022. 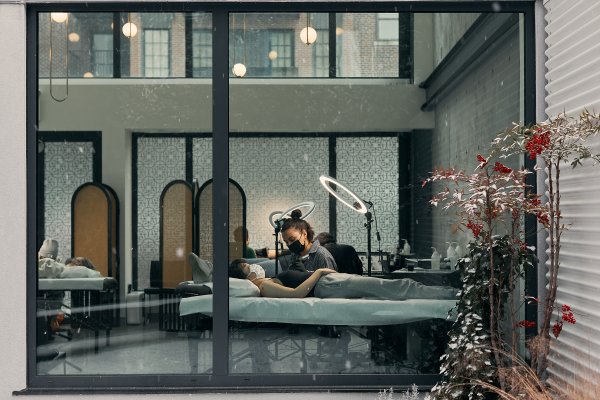 'YOLO Mentality' Has Ignited a Tattoo Boom
Next Up: Editor's Pick