Chris Paul on the Legacy of the NBA Strike, 1 Year Later

Even before Aug. 26, 2020—the date, one year ago today, on which the sports world shut down in protest of violence against unarmed Black people—NBA players were having difficulty processing the shooting of Jacob Blake. The video of police in Kenosha, Wis. shooting and wounding Blake emerged during the NBA’s 2020 postseason while players were isolated at Walt Disney World in a COVID-19 “bubble.” The surreal August playoffs were taking place after the season had shut down in March because of the pandemic.

“It was weighing heavy on a lot of guys,” says Chris Paul, who was the president of the National Basketball Players Association (NBPA) for eight years before he stepped aside this summer. Paul told TIME in an interview this week that when George Floyd was murdered on May 25, 2020, he was home and could explain to his children Chris II and Camryn, then 11 and 8, what was unfolding on television. “Whereas when this situation happened, with Jacob Blake, we were all in the bubble,” says the Phoenix Suns point guard. “We didn’t get the chance to be with our families, to talk to them or to hug them, that physical aspect.”

So he knew players were hurting. In fact, the night before the Aug. 26 protest, Paul says he and NBPA first vice president Andre Iguodala met with players from the Boston Celtics and Toronto Raptors who were thinking about sitting out the opening game of their second-round series. Still Paul—who was playing for the Oklahoma City Thunder at the time—was stunned when he learned about the Milwaukee Bucks’ strike. He was riding on the team bus en route to his game against the Houston Rockets when teammate Shai Gilgeous-Alexander turned around and told him the news.

Milwaukee players, whose home arena sits some 30 miles north of Kenosha, refused to take the court for their game against the Orlando Magic. Within ten seconds, Paul remembers, his phone starting ringing off the hook.

When Paul was elected union president in 2013, he never could have pictured anything like this: Players cooped up in a “bubble” due to a deadly pandemic, fighting for a championship in late August because the season had been delayed, contemplating walking away from the playoffs to make a statement about social injustice. But here was Paul, getting off that bus with conflicting thoughts crisscrossing his mind.

As Oklahoma City’s veteran leader, he knew he had to keep his team focused on the immediate task at hand: a key playoff game against a Western Conference rival. At the same time, he wondered whether that game was worth playing at all.

Ultimately, he relied on the skills he has honed on the court: don’t panic, assess the situation and start calling some shots. He sought out Russell Westbrook, his Houston opponent that night, to hash out whether the Thunder and Rockets should play after Milwaukee’s walkout. The pair got on the phone with LeBron James and Damian Lillard, whose Los Angeles Lakers and Portland Trail Blazers were scheduled to face off in the third playoff game that evening. “We came to the conclusion that no, we don’t need to play,” says Paul.

A general view inside The Field House before Game 5 of an NBA basketball first-round playoff series, between the Oklahoma City Thunder and Houston Rockets, Wednesday, Aug. 26, 2020, in Lake Buena Vista, Fla. NBA players made their strongest statement yet against racial injustice Wednesday when the Milwaukee Bucks didn’t take the floor for their playoff game against the Orlando Magic.
Kim Klement–Pool/AP

So all three NBA playoff games were off. A cascade effect soon followed. The WNBA cancelled three games; three MLB games and five MLS games were also scrapped. Later that evening, Naomi Osaka announced she would not take the court for her match the next day.

But after the player strikes, the immediate question for Paul and other NBA players was: What’s next? “My first instinct was, get everybody in a room,” he says. “When we decided to go down and play in the bubble, we talked about how this will be one of the first times ever in history where we’re all in the same location. So maybe we can have some conversations and talk about things we want to see.”

The players, however, couldn’t communicate as easily due different schedules for each team and COVID-19 restrictions. They were still relying on Zoom. “As soon as [the strike] happened, I saw this was an opportunity,” says Paul. “The hell with everything else else going on. Let’s all get in a room.”

A players meeting was set in a hotel ballroom for 8 p.m. Then Paul’s anxiety began to rise. “Now you have to coordinate everything,” Paul says. Suddenly, this star point guard’s most important call of the evening wasn’t in the final seconds of a playoff game. No, it was a phone call to a league employee—to make sure the ballroom has enough chairs.

Should coaches be able to attend? Paul heard arguments on both sides, but agreed with Iguodala that they could offer valuable input. Good call; at the meeting then-Los Angeles Clippers assistant coach Armond Hill challenged players to register to vote. They heeded his words; more than 95% of NBA players wound up registering for the 2020 election, compared to just 22% who voted in 2016, according to the NBA union.

Paul also heard that the refs wanted to be there. “Not to take anything away from the referees, but being in this league long enough, I wanted the players to be as comfortable as possible speaking and talking,” Paul says. “And you get too many people in a room, guys might not do that.”

So no refs, though a group of game officials did stop by the ballroom later in the night to express their support for the players.

Before the meeting, Paul also spoke to Blake’s father. Jacob Blake Sr. Blake Sr. told Paul that he knew Paul’s grandfather from Winston-Salem, N.C.; both men lived there. Paul’s grandfather was murdered in the city in 2002. “It just gave me goosebumps,” says Paul. “I let him know the players are praying for him and his family and we support them.” Paul said he wanted Blake Sr. to address the players at the start of the meeting, but a technical glitch got in the way.

The meeting was tense, as players debated whether or not to continue the NBA post-season. It ended without reaching an official consensus: players from the Lakers and Clippers left early. James, in particular, felt frustrated. In an interview with TIME late last year, he said he was “very close” to leaving the bubble, and told his wife and family he might be coming home. “We were still with our brothers in solidarity, meaning the Milwaukee Bucks,” James told TIME in the interview. “But if we’re going to move forward, what is our plan? At that very moment, I didn’t believe that we, as a collective group of players, had a plan at all. We had taken the stand to sit out. But how are we going to make a difference going forward?”

Later that night, James and Paul got on the phone with former president Barack Obama, who encouraged the players to use their leverage. He felt they would have a stronger and more visible platform to fight for change if they continued playing.

Paul didn’t get much sleep. Still, the next day brought clarity. The players would stay in the bubble and keep playing. In a Zoom meeting that afternoon between players and owners, the owners pledged to work with local election officials to convert arenas into polling places, establish a social-justice coalition with players and coaches, and provide some playoff advertising space to promote civic engagement.

“The players as a whole realize how much power and influence that we have,” says Paul. “I knew it, but when all of that happened, I got calls from Major League Baseball players, soccer players, our sisters in the WNBA. Every league, every organization was calling, trying to figure out what our plan was.”

A year later, Paul now believes the NBA work stoppage also played a role in pushing forward the mental health movement in sports. Players in the NBA, and across sports, were already working in stressful conditions during the pandemic; incidents like the Blake shooting added to their anxiety. If nothing else, they needed a moment. “A lot of people were saying, ‘Oh, they stopped playing, so they didn’t do anything,'” says Paul. “Listen, I think everybody realizes how important mental health is now. And if that pause gave everyone a chance to collect their thoughts and understand what decisions were being made, I’m grateful for it.”

Chris Paul of the Phoenix Suns warms up before Game Four of the NBA Finals against the Milwaukee Bucks at Fiserv Forum on July 14, 2021 in Milwaukee, Wisconsin.
Stacy Revere–Getty Images

Paul’s Thunder wound up losing to Houston in seven games. Phoenix acquired Paul in a trade that off-season, and this year he led the Suns to their first playoff appearance in 11 seasons—and first NBA Finals appearance since 1993. In his first NBA Finals appearance of his 16-year career, Paul’s Suns lost to the Milwaukee Bucks in six games. Paul was bothered by a wrist injury during the playoffs. He recently had wrist surgery, and says he’s now rehabbing every morning starting at 6 a.m.

“It’s my fourth hand surgery,” says Paul. “So one thing I know about is the mental aspect of rehab. I’m getting there.”

Right after the finals, Paul says that coming so close to that elusive first title, but narrowly missing it, would hurt for awhile. “It’s never going to feel good,” he says. Though he’s 36, Paul—who signed a four-year, $120 million contract earlier this month—won’t be walking away from basketball anytime soon. “Now that I’ve got a taste of what that experience is like,” Paul says of playing in the NBA Finals, “I’m sort of addicted.” 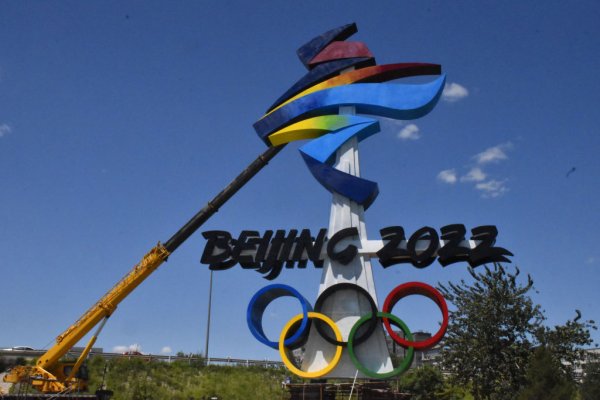 Tokyo Was the First COVID-19 Olympics. It Won’t Be the Last
Next Up: Editor's Pick