'We Are Standing up for Equal Treatment Before the Law.' Pennsylvania Abolishes Prison Gerrymandering

Inmates in a block at the State Correctional Institution at Graterford in Graterford, Pa. on Sept. 7, 2017. More than 2,500 inmates from the 89-year-old state prison at Graterford were transferred to a $400 million State Correctional Institution at Phoenix prison in Collegeville, Pa., which began on July 11, 2018, according to the Pennsylvania Department of Corrections, they bused hundreds of inmates a day to the new prison facility about a mile down the road until all were relocated.
David Swanson—The Philadelphia Inquirer/AP
By Madeleine Carlisle and Sanya Mansoor

A Pennsylvania commission responsible for drawing the state’s legislative districts voted 3-2 on Tuesday to end prison gerrymandering, the practice of counting prisoners where they are incarcerated rather than in their last known residence before incarceration. Advocates have lauded the move as helping right an injustice that unfairly skews the state’s political power away from urban areas and communities of color.

The change will apply to those incarcerated in a state correctional facility or state facility for adjudicated delinquents—but not to individuals in federal or county prison facilities or those serving a life sentence. (A spokesperson for Democratic House Minority Leader Rep. Joanna McClinton says that federal and county prison facilities were excluded because they don’t fall under the state’s jurisdiction, while people given life sentences were excluded because they are not expected to return to their homes.)

The commission included two Democrats, two Republicans and a nonpartisan swing vote appointed by the state Supreme Court. The vote passed along party lines, with the swing vote joining the commission’s two Democrats. In a statement, McClinton said the decision will impact the counting of the majority of the 37,000 state prisoners housed in 23 different state facilities in 19 counties.

Read more: When Your Body Counts But Your Vote Does Not: How Prison Gerrymandering Distorts Political Representation

Even though most prisoners cannot vote, the U.S. Census automatically counts incarcerated people as residents of where they are imprisoned, which in turn boosts the official population count of regions that host large prisons and impacts the drawing of district lines. Pennsylvania now joins at least 11 other states that have opted to instead count incarcerated people at their former residence for state-level redistricting purposes.

The move comes after years of organizing by criminal justice advocates who decried the practice as unfair. One such advocate is Rep. McClinton, who for years had been pushing legislation to end prison gerrymandering in Pennsylvania. It was only this year—through her role on the legislative reapportionment commission—that she was successful.

“First and foremost, we end a practice which denies these people their rightful representation but, beyond that, we end giving undue weight to those rural counties where prisoners are unfairly counted in the legislature,” McClinton said in a press release.

It’s too soon to know how the commission’s decision could impact the makeup of the state House and Senate, but it could well be impactful. A 2019 study by Villanova University sociologists Brianna Remster and Rory Kramer, for example, found that if incarcerated people were not counted as part of Pennsylvania’s District 150, which contains the prison SCI-Phoenix and Montgomery County’s jail, it would lose more than 5,000 people and likely be too small to meet federal minimum requirements for a state representative. Their research also found three other districts that would be too small, and concluded that if all prisoners originally from Philadelphia were counted as residents of the city, it would potentially gain one or two state house districts.

Still, without action by Congress on the federal level, a majority of U.S. states still continue prison gerrymandering. As the deadlines for 2020 redistricting fast approach, grassroots groups are continuing to push redistricting commissions and state legislatures to change how they count incarcerated people—if changes are not implemented, they’ll have to wait another 10 years. Connecticut and New Jersey were among the handful of states that enacted bills ending prison gerrymandering earlier this year. With many legislative sessions coming to a close, Pennsylvania may be one of the last to make changes this year. And for who’d worked on the issue for decades, it was a major victory.

“Today we are standing up for equal treatment before the law and truly embracing the ideals of ‘one person, one vote,” McClinton said. 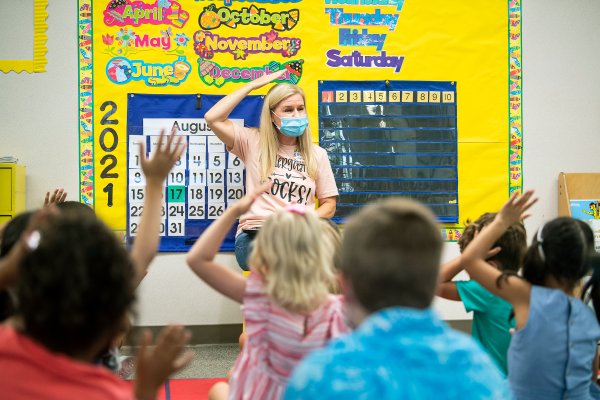