Photo-illustration by Lon Tweeten for TIME
By Billy Perrigo

What was the most popular link on Facebook in the last three months?

It depends who you ask.

According to Facebook, it was a link to an obscure webpage promoting former Green Bay Packers players as motivational speakers for hire.

The link was viewed 87.2 million times after being shared on dozens of posts by former placekicker Chris Jacke. “Let’s settle this once and for all. What do you call these?” the most successful post read, alongside an image of several different cans of soda. Or pop, or fizzy drinks, depending on which of the 2.3 million comments you happen to agree with most.

More users saw that link than any other in the U.S. between April and June 2021, according to a report released by Facebook on Wednesday.

Every day since July 2020, the Twitter account @FacebooksTop10, run by New York Times tech columnist Kevin Roose, has shared an alternative list, based on a different measurement: engagement — likes, comments and shares — instead of views.

More often than not, this list has been dominated by right-wing figures. Daily Wire founder Ben Shapiro and Fox News hosts Dan Bongino and Sean Hannity make regular appearances. President Donald Trump did, too, before he was banned from the platform.

For the many academics, lawmakers and regulators circling Facebook, Roose’s list provided near-daily evidence that the company was systematically amplifying right-wing content and misinformation, despite everything it said to the contrary.

Facebook has long been frustrated by the list, arguing that it only paints a partial and unfair picture of what is popular on the platform. (The company does not dispute its accuracy; the list is based on data from its own Crowdtangle analytics tool.) In public posts, the social media giant has pushed back, arguing that non-partisan posts would dominate if popularity was measured by the posts that get the most views, rather than likes and shares.

But Facebook only shared engagement data, not views data — until Wednesday when the company released its first “Widely Viewed Content” report.

At the top of the list: soda, not Shapiro.

“The content that gets the most engagement isn’t necessarily the content that most people see,” said Guy Rosen, Facebook’s vice president for Integrity, who leads Facebook’s efforts to rid its platform of hate speech and misinformation, in a series of tweets announcing the report. “Our goal is to provide people with information that accurately represents the experiences people have on our platform, in a way that is accessible and that holds us accountable.”

The report was the result of months of internal deliberations over how best to respond to the @FacebooksTop10 account, and thus address one of Facebook’s most pressing public image problems.

“After reading through the press release and the report itself I came away believing that this entire effort is a PR stunt,” said Brian Boland, a former Facebook executive who left the company last year, in a blog post. “I have read speculation that this report is a response to the Top 10 List published by Kevin Roose. Based on the structure of the report and what is written in the press release I find that very plausible.”

According to the report, the majority of users’ views on News Feed content come from sources that a user has chosen to see, like friends and people they follow (57.0%), groups they’re a member of (19.3%), and pages they follow (14.3%).

Most of the content users see, the report says, does not include a link to a source outside Facebook at all. But in a seemingly direct counterpoint to the @FacebooksTop10 account, the report also included a list of the top 20 most viewed links on the platform in the last quarter, in the U.S.

Unlike @FacebooksTop10, almost all the links on the list publicized by Facebook are non-partisan. But a CrowdTangle analysis shows that the posts skew heavily toward low-effort memes that appear to be aimed at baiting user engagement in order to amplify an unrelated link.

The second most-popular link according to Facebook, after the one to the Green Bay Packers alumni site, is an affiliate link to a shop selling CBD vapes. It appears to have been shared on dozens of high-engagement posts by Jaleel White, who played Steve Urkel in Family Matters. It received 72.1 million views during the second quarter of 2021.

Meanwhile, the @FacebooksTop10 account told a very different story on Wednesday. Shapiro came top of the day’s list, which measures the most popular link posts in the U.S. by engagement, not views. A page called “Donald Trump For President” came seventh. 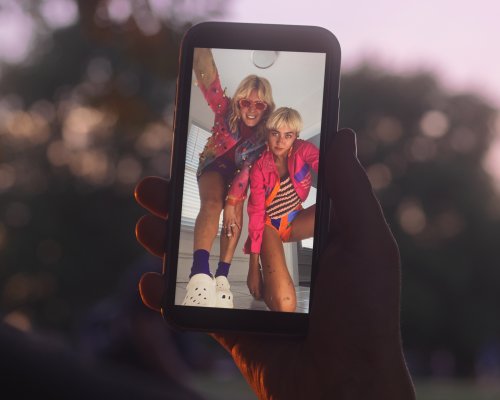 Depop Has Big Plans for Upcycling's Future. Will They Work?
Next Up: Editor's Pick