Watch: In 'Unlivable Oasis,' a Family Struggles to Find Housing on the Front Lines of the Climate Crisis

When farm worker Pedro Nicolas, 33, looked at the cracks in his plywood roof or smelled the foul water running from his faucet, he worried about Erik and Cinthia, his young son and daughter.

“I get depressed sometimes because I can’t provide a safe home for my children,” he said.

Like so many low-wage workers in California’s Eastern Coachella Valley, Nicolas had few options besides the Oasis Mobile Home Park—an un-permitted sprawl of crumbling trailers in an unincorporated community on tribal land, in the desert. He felt like he’d fallen through a crack in the world. Life here had been hard for decades. And the climate crisis was making it harder. As temperatures rose, the power failed, and the arsenic levels in Oasis’s well water increased.

Less than 30 minutes away lay lush carpets of golf-course grass and shimmering blue pools, amenities to cool the more affluent residents of Palm Springs and the rest of the western Coachella Valley. Just a 10 minute drive from Nicolas’s mobile home was the Thermal Club, where millionaires lounged in multi-million-dollar villas and drove luxury race cars around a private racetrack.

Between this world and Oasis is what’s known as the “climate gap,” a literal gap in temperature and infrastructure, but also a gap in suffering due to the climate crisis. The harms of this crisis are disproportionately and increasingly borne by people of color and those in poverty. As the crisis grows, these gaps are growing—and becoming more glaring—across the United States and the world. In this short documentary, Nicolas works to close that gap—and he succeeds, in part. But this is just the beginning of an ongoing struggle to protect his family and his children. 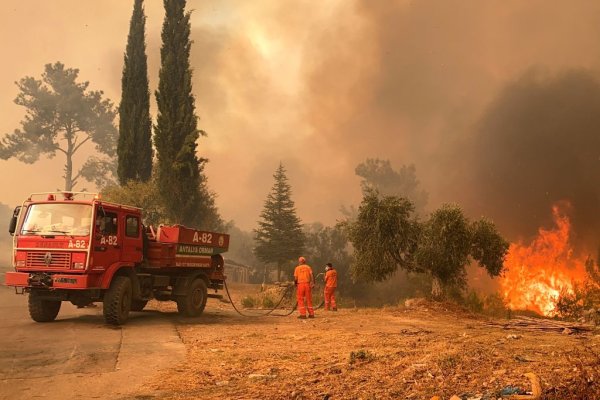 Climate Change Won't Kill Tourism, But Tourism Must Change
Next Up: Editor's Pick