As expanded unemployment benefits, a near-nationwide eviction moratorium, a pause on federal student loan payments and other temporary pandemic-related government benefits near their expiration dates, the Biden Administration announced on Monday that it was going to permanently increase another benefit: food stamps.

Beginning in October, beneficiaries will see their allotments through the Supplemental Nutrition Assistance Program (SNAP)—informally known as food stamps—rise roughly 25%. On average, SNAP recipients will see their monthly benefits increase from an average of $121 per person to $157 per person. It will be the largest increase in SNAP benefits in more than four decades.

The benefit increase is based on a recent re-evaluation of what the government calls its Thrifty Food Plan: a hypothetical assortment of healthy but low-price groceries needed to meet the nutritional needs of a four-person family with two adults and two children. The shift marks the largest uptick in SNAP benefits since the Thrifty Food Plan was introduced in 1975. It’s also the first time benefits have been raised since 2006. (The 2018 Farm Bill mandated that the Thrifty Food Plan be re-evaluated by 2022, regardless of the Administration in power, though Biden asked the USDA to prioritize updating the formula in a January executive order.)

The re-evaluation of the half-century-old equation means 42 million low-income families will have more cash to spend on groceries each month. But more broadly, the move to reduce hunger is another way the Biden Administration is trying to grow the size and scope of America’s tattered social safety net. And while most items on the 46th President’s economic agenda—creating a paid family leave benefit, raising the minimum wage, making childcare more affordable—require Congressional buy-in, this investment, estimated by USDA to cost about $20 billion more annually, does not.

Activists working to eliminate food insecurity have argued changes to America’s food assistance programs—the largest of which is SNAP—are long overdue. Pre-pandemic, the average food stamps payouts broke down to about $1.39 per person, per meal. A June 2021 report from the U.S. Department of Agriculture suggested this amount was insufficient for most SNAP recipients. The report stated that nearly 90% of SNAP participants faced barriers to achieving a healthy diet each month. The most common hurdle, reported by more than 60% of SNAP recipients, was the high cost of nutritionally dense food. Another challenge, reported by 30% of SNAP recipients, was insufficient time to prepare healthy meals from scratch.

The USDA took both of these complaints into account in formulating its new Thrifty Food Plan. For example, while frozen pre-cut vegetables and pre-cooked canned beans may be slightly more expensive than fresh vegetables or dried beans in some cases, they can also take less time for a busy family to prepare. The new Thrifty Food Plan formula plans for SNAP recipients to sometimes make efficiency choices like canned beans over dried ones.

USDA Secretary Tom Vilsack said these changes will make it easier for families to get enough healthy food, and that they could also create jobs and reduce healthcare costs due to preventable disease. “A modernized Thrifty Food Plan is more than a commitment to good nutrition—it’s an investment in our nation’s health, economy, and security,” Vilsack said in a statement on Aug. 16 announcing the program change. “Ensuring low-income families have access to a healthy diet helps prevent disease, supports children in the classroom, reduces health care costs, and more. And the additional money families will spend on groceries helps grow the food economy, creating thousands of new jobs along the way.”

Some Republicans are skeptical about the changes. In an Aug. 13 letter to the Comptroller General of the United States, Sen. John Boozman of Arkansas and Rep. Glenn Thompson of Pennsylvania asked the Government Accountability Office to analyze how the USDA was re-evaluating the Thrifty Food Plan and to provide data proving an increase in benefits would help recipients eat healthier foods. “The complexity of this process, and its likely impacts, create an urgent need for scrutiny, particularly on the heels of significant nutrition-related pandemic spending that has continued without rigorous oversight,” the lawmakers wrote.

Meanwhile, activists say the timing is urgent, as pandemic-related food benefits are winding down amid COVID-19 surges. Congress first authorized a 15% increase in SNAP benefits in December 2020, but that boost was due to expire on Sept. 30 despite an average of more than 114,000 new COVID-19 cases per day, according to the CDC. Now instead of falling off a benefits cliff, most SNAP recipients should get even more help.

“This increase will be a huge relief for the 42 million Americans who rely on SNAP including working families who are simply not paid enough to afford basic living expenses,” said Joel Berg, the CEO of Hunger Free America. “Being able to afford a more nutritious diet is also crucial for the overall health of low-income families, allowing them to have greater protection against COVID-19 as the rates of the virus continue to skyrocket in areas across the country.” 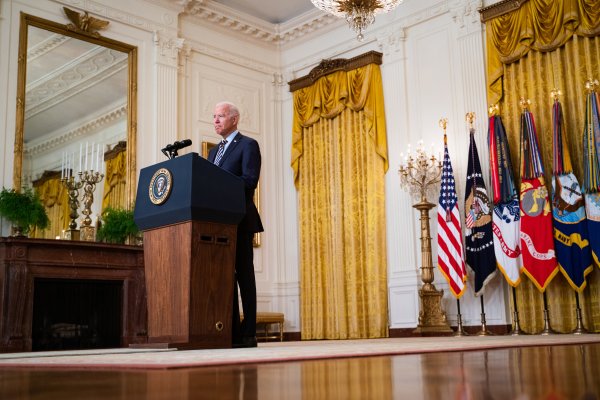