China Is Planning to Build 43 New Coal-Fired Power Plants. Can It Still Keep Its Promises to Cut Emissions?

China is planning to build 43 new coal-fired power plants and 18 new blast furnaces — equivalent to adding about 1.5% to its current annual emissions — according to a new report. The new projects were announced in the first half of this year despite the world’s largest polluter pledging to bring its emissions to a peak before 2030, and to make the country carbon neutral by 2060.

The news shows that at least some in China are prioritizing economic growth over emissions reductions — although some analysts say they are still optimistic that China will reach its climate targets. “There is this desire in the Chinese political and economic system to keep on building, to continue the infrastructure fever,” says Li Shuo, a senior global policy adviser for Greenpeace in Beijing.

The report on China’s new coal plants was written by the Helsinki-based research organization the Centre for Research on Energy and Clean Air (CREA) and the U.S. group Global Energy Monitor (GEM) and released on Aug. 13. It came just days after the U.N.’s Intergovernmental Panel on Climate Change (IPCC) published an alarming report that concluded human-caused climate change is an “unequivocal” reality. U.N. Secretary General Antonio Guterres called the IPCC report a “code red for humanity.”

China is leading the world in new coal power plants, building more than three times as much new coal power capacity as all other countries in the world combined in 2020. It isn’t alone in its reliance on coal, however. China and four other countries, India, Indonesia, Japan and Vietnam, account for more than 80% of the coal power stations planned across the world, according to a June report by the think-tank Carbon Tracker.

But it’s not all bad news. China has pledged to reduce its energy intensity — measured by comparing total energy consumed to GDP — and its carbon intensity — the carbon-dioxide produced per dollar of GDP — by 2025. Chinese President Xi Jinping said in April the country will also reduce coal use beginning in 2026.

Dimitri de Boer, China head for the environmental law charity ClientEarth, says that there is an ongoing tug-of-war between the central government and some of the provinces, with Beijing saying that new high-emissions projects must be strictly controlled.

Although it’s complicated by the economic pressure of the COVID-19 pandemic and geopolitical tensions, de Boer is optimistic that China will achieve its emissions intensity goals for 2025, and its goal to peak carbon emissions before 2030.

Despite the development of coal power plants, China is a renewable energy leader, accounting for about 50% of the world’s growth in renewable energy capacity in 2020. The world’s most populous nation is also out in front on key green technologies such as electric vehicles, batteries and solar power. “They are No. 1 in technology developments in zero emissions industries,” says Tim Buckley, the director of energy finance studies for Australia and South Asia at the Institute for Energy Economics and Financial Analysis (IEEFA).

China’s carbon-dioxide emissions growth slowed in the second quarter of 2021 “indicating that the rapid emissions growth seen since the end of the COVID-19 lockdown in early 2020 could be coming to an end,” according to the CREA and GEM report.

“I think that it’s clear that there’s already a shift from the runaway expansion of all kinds of industry and construction that we’ve seen for the past year and a bit to trying to at least moderate the pace,” Lauri Myllyvirta, a lead analyst at CREA who worked on the report.

He says that the newly announced projects will be important to watch. “These are the ones that will test whether it’s still acceptable to keep building these things.” 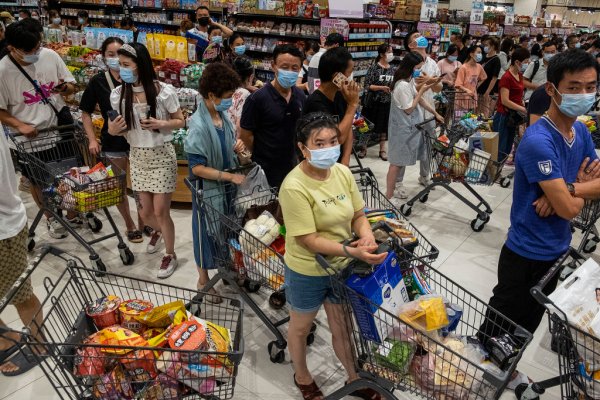