Atelier Eva, a tattoo studio in Brooklyn. Co-founders Peter Jenkins and Eva Karabudak say clients have been leaning into the zen aspects of the tattoo process during the pandemic.
Courtesy Atticus Radley
By Megan McCluskey

“The pandemic has had a great deal of impact on everybody. It’s made a lot of people try not to take life so seriously—so they’ve decided to do something impulsively that they maybe wouldn’t even have thought about doing before.”

That’s how Nahuel Hilal, the owner and founder of Iris Tattoo in Miami, says he views the spike in business at his shop over the past year.

Despite shutting down for over two months at the onset of the COVID-19 pandemic last spring—and then reopening at 50% percent capacity for the rest of the year—Hilal says that Iris still met its projected revenue for 2020. This year, the studio is on pace to double that amount.

Iris isn’t alone in seeing a boom in tattoo demand since the pandemic began. In the wake of a long stretch of time where a combination of shop closures and concerns over contracting COVID-19 kept many from getting inked, the lifting of coronavirus restrictions has resulted in a rush on tattoos. According to IBIS World analysts, the $1.4 billion tattoo artist industry is expected to increase its market size by 23.2% in 2021—a faster growth rate than that of the consumer goods and services sector as a whole.

Amid the ongoing tattoo boom, Hilal tells TIME that the pandemic seems to have lowered inhibitions surrounding tattoos.

“[It motivated] a lot of people to put something on their bodies that lasts forever,” he says. “There’s a lot of meaning behind things that people were maybe leaving for later in life [before the pandemic].”

The current success of the tattoo business stands in marked contrast to the pandemic rebound struggles of some other consumer-driven industries, like movie theaters and restaurants. Although the movie business is mounting a slow revival now that theaters are back open, Variety reported in July that the 2021 box office is still down 81% from pre-pandemic times.

Similarly, the pandemic has pummeled the restaurant business. A report from the National Restaurant Association found that over the past year 90,000 establishments have permanently, or long-term, closed. As business returned to pre-pandemic levels, the Delta variant brought more challenges, all the while restaurants are struggling to find and retain enough employees to handle a full house.

“There’s definitely been a huge increase in people getting tattooed,” he tells TIME. “It’s to the point where [artists] are getting overworked. And it’s not just us. I’ve talked to shop owners and other tattooers all across the country, and even the world.”

Having opened Three Kings in 2008, Marcus says the current tattoo boom reminds him of how business took off amid the Great Recession. “The first interview we ever did was about opening up in the middle of the worst economic collapse [since the Great Depression],” he says. “This has felt very similar to that.”

Marcus attributes the surge in tattoo demand during these periods of crisis to people’s increased “YOLO mentality” and desire to do something for themselves in a time when not as many options for “instant gratification” have been available.

“Tattoo shops were one of the only businesses open when most things were closed in the past year. So, to me, this is people substituting [getting a tattoo] for the things they would normally do to make themselves feel good—from the small stuff, like going to the movies or a bookstore or bowling, to the larger things like taking road trips and going on vacation. All of that was taken away.”

But the surge in tattoo demand hasn’t come without its challenges. No stranger to gloves and disinfectants, the tattoo industry was more prepared than most to implement COVID-19 health protocols. However Marcus says that shortages of crucial safety supplies—and the subsequent increased prices of those supplies—were definitely noticeable.

“We’re finally just seeing supplies come back,” he says. “But there was a huge shortage for a while so everybody was kind of just going day to day, week to week. And the companies we buy from have just been price gouging like crazy, which is naturally what happens when there’s a shortage. But there’s a supply shortage in almost every sector of society, so it was no surprise that it hit ours as well.”

Nonetheless, the tattoo industry appears to be buoyed by the nature of the service it provides. At a time when many people are experiencing hardship, loneliness and loss, getting tattooed seems to be providing some solace. Since opening Atelier Eva in Brooklyn in November 2020, husband and wife co-founders Peter Jenkins and Eva Karabudak say that clients have been leaning into the zen aspects of the tattoo process.

“[Appointments] used to be more stressful and now they’re more chill,” says Karabudak, who previously worked as an artist at New York’s Bang Bang Tattoo. “Some people have even been falling asleep.”

For some, getting tattooed even doubles as a form of therapy. “Tattooing is a very therapeutic experience,” Marcus says. “It’s an exchange of energy.”

In some ways, with friends and family no longer allowed to join customers at many studios, the pandemic has led to an even more intimate tattooing experience. Not to mention sometimes an easier one for the tattoo artist.

“Tattooing is such a delicate balance between artists and client,” Marcus says, adding that it’s important for the person who’s getting tattooed to ultimately be making the decisions about how it’s going to look. “Sometimes having that third voice there is more problematic than not when somebody’s trying to make a decision for themselves.”

Even when state restrictions were lifted to the point that guests could accompany customers again, Nahuel says that Iris decided to maintain its new no-guest policy. “It’s made life a lot easier for artists and it also makes the experience a lot more personal for the client,” he says. “When it’s just one person walking in and the artist is expecting them, it allows for a lot more focus on that person at that given time.”

With people frequently hoping to make up for time lost to the pandemic, Hilal says that many customers’ desire to get tattoos has been fueled by what they’ve experienced over the course of the past year and a half.

“We had a client who’d been living abroad and she decided to move back to Miami from Europe as soon as they lifted the travel bans because her siblings and parents were there,” he says. “[The pandemic] had made her realize that her career was not more important than her family. And all five of them, mom, dad and siblings, came [to the studio] together to get matching tattoos after that.”

Karabudak has also experienced requests of this nature. She says that one of her first clients at Atelier Eva had been holding off on getting a tattoo in memory of his late grandmother for several years before the pandemic hit.

“People keep telling me, ‘I’ve been waiting for this for a long time,'” she says. “‘I think this is the right time to get it.'” 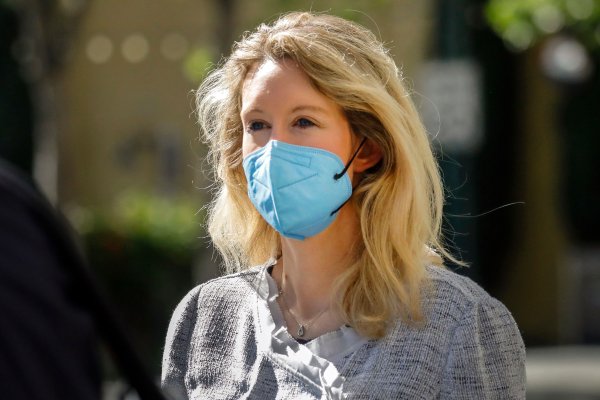