'Widespread and Severe.' The Climate Crisis Is Here, But There’s Still Time to Limit the Damage

Ideas
By Michael E. Mann
Michael E. Mann is distinguished professor of atmospheric science and director of the Earth System Science Center at Penn State University. He is author of the recently released book, The New Climate War: The Fight to Take Back our Planet.

“Widespread and severe”—that’s how climate scientists from around the world have described the impacts of climate change in a new United Nations report published today. The report’s findings further affirm warnings scientists like me have been sharing for decades. More than three decades ago, during a congressional hearing on a hot July 1988 afternoon in Washington, D.C., Dr. James E. Hansen told our elected officials that it was already possible to detect a warming of the planet due primarily to an increase in carbon dioxide concentrations from fossil fuel burning.

With the release of the new Sixth Assessment report (“AR6”) on the science underlying the climate crisis, the news is not good. In addition to the finding that climate impacts are widespread and severe, the report shows that many severe impacts are locked in for the future.

Two decades ago, the so-called “hockey stick” curve, published by my co-authors and me in 1999, was featured in the all-important “summary for policy makers” (or “SPM”) of the 2001 Third IPCC Assessment report. The curve, which depicts temperature variations over the past 1,000 years based on “proxy” records such as tree rings, corals, and ice cores, showed the upward spiking of modern temperatures (the “blade”) as it dramatically ascends, during the industrial era, upward from the “handle” that describes the modest, slightly downward steady trend that preceded it.

Featured in the AR6 SPM now is an even longer hockey stick with an even sharper blade.

The new report also suggests that the recent warming is not only unprecedented over the past two millennia, but possibly, the past hundred millennia—let that sink in. As the IPCC report lays bare, we are engaged in a truly unprecedented and fundamentally dangerous experiment with the one planet we know that can support us and all other known life.

More than in its previous reports, the IPCC now truly connects the dots between fossil fuel burning, the warming of the planet, and the deadly extreme weather events we’re now enduring. And if we fail to act on the climate crisis, as the new report shows, we can expect more expansive wildfires, more intense hurricanes, hotter heat waves, and increasingly drenching flash floods. Given the horrific extreme weather we are already living through, you can trust me—we do not want this to get worse.

This is the cost we all are already paying for the delay that polluters have been sowing. It didn’t have to be this way. The fossil fuel industry knew a half century ago that their products—coal, oil, gas—would lead to the climate change future that we’re living in today. For them, the quick money was more important than being responsible corporate citizens to help build a sustainable future for mankind.

Instead, they spent millions of dollars on a massive disinformation campaign to convince the public and policymakers that climate change either wasn’t real, wasn’t a threat, or would be too expensive to do anything about (when in fact the opposite is very clearly true). They wrote a check that our children, grandchildren, and great-grandchildren will be forced to cash if we fail to act, and which will leave them with a climate that will become increasingly untenable for civilization as we know it. Thankfully, there’s still time to prevent that stark future from occurring.

The new IPCC report shows that we can prevent many of the worst impacts of climate change and keep warming below 1.5°C above preindustrial levels—the target of the global Paris Agreement. While some impacts—like more flooding in coastal areas, continued glacial melt and sea level rise—are now baked in, we can still take steps to ensure they don’t get much more severe. If we can reduce carbon emissions dramatically, and keep warming below 1.5°C, we could, for example, hold sea level rise to just a couple feet over the next century. If we fail, the report shows we could ultimately be facing 20 feet or more of global sea level rise, a scenario where we’d be forced to say farewell to the major coastal cities of the world.

It’s possible to turn the ship around, but it won’t be easy. The IPCC has determined that planetary warming of 1.5°C (and possibly even 2°C) will be exceeded in a matter of decades “unless deep reductions in carbon dioxide, methane, and other greenhouse gas emissions occur in the coming decades.” That means we must reduce our carbon pollution from transportation, electricity and other sectors here in the U.S., and around the world. Climate change will be costly and disruptive, but it’s not yet beyond our capacity to adapt.

President Joe Biden’s pledge to halve U.S. carbon emissions within a decade and decarbonize the electricity sector entirely by 2035 goes a long way toward that goal. But it must be followed through with action. The bipartisan infrastructure package working its way through congress is, at best, a damp squib from a climate standpoint. That places a lot of pressure on the prospective $3.5 trillion reconciliation bill that Biden, congressional Democrats (with one or two possible exceptions), and the American people overwhelmingly support.

As much as you or I might want to solve this crisis alone, we cannot do it without leadership from our elective representatives. What we can do is hold them accountable—using our voices and, when we have the opportunity, our votes, to demand action before it is too late.

Let this latest report be our rallying cry. 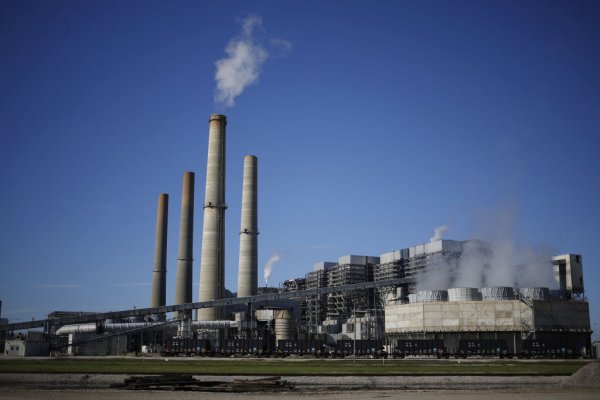 The Bipartisan Infrastructure Deal Is a Return to the Old Way of Politics. That’s A Problem for the Climate
Next Up: Editor's Pick