George Washington and Lafayette on horseback visiting injured soldiers at Valley Forge during the American Revolution, 1777.
iStockphoto/GettyImages
Ideas
By Craig Bruce Smith
Smith is a historian and the author of American Honor: The Creation of the Nation's Ideals during the Revolutionary Era. Follow him on Twitter: @craigbrucesmith. All views are those of the author.

With eyes long fixed on external enemies, the military during the American Revolution was forced to grapple with an internal one, “the most dangerous enemy”—a virus. The epidemic continued to ravage those in and out of uniform, causing more “dread from it than from the Sword of the Enemy.” The nation had reached the point where “no precaution can prevent it from running through the whole of our Army.” Though previously resistant to doing so, the commander-in-chief found himself with no alternative but to “inoculate all the troops.”

It was Feb. 5 1777, and General George Washington reported to Congress his unilateral decision to combat a smallpox outbreak that virtually coincided with the first shots of the American Revolution two years earlier. With the mortality rate approaching 16%, nearly 90% of all American Revolution War deaths resulted from smallpox. “Necessity not only authorizes but seems to require the measure,” Washington reflected in a letter to Dr. William Shippen Jr, then-director general of the Hospitals of the Continental Army, on Feb. 6. Washington ordered Shippen to launch the first mass inoculation of any military in history—a move that saved the army and undoubtedly helped ensure the survival of the United States. As the nation and the military today face another “invisible enemy” in COVID-19, President Biden should look to Washington’s precedent to maintain military readiness and national defense.

President Biden in late July instructed the Department of Defense to explore “how and when” to impose mandatory COVID-19 vaccinations for active-duty military. The announcement came as a leaked internal presentation for the Centers for Disease Control and Prevention labeled the Delta variant as “more transmissible than” smallpox. Reports indicate that a decision on mandatory vaccinations for the military may be imminent. Washington, as commander-in-chief, mandated inoculations to preserve the army and its combat power. Having been incapacitated for nearly a month by smallpox as a teenager while visiting Barbados in 1751, Washington understood the risks. His decision preserved the nation. Decisiveness from the current President could likewise protect the country today.

Smallpox, like COVID-19, was virally transferred by person-to-person contact—Washington likely caught it dining out for breakfast. Like today, there was fervent skepticism, denial and even outright rejection of inoculation dating back to its introduction in Boston in 1721 (via an enslaved African). There were even anti-inoculation riots and attacks on a doctor in Virginia in 1768–69. Unlike today’s vaccinations (which contain an inactive strain), 18th-century inoculations inserted the live virus (via pus from an active sufferer) into an incision. The person contracted smallpox, but typically a less severe form—leading to a greater likelihood of survival. Still, the patient required quarantining for a roughly four-week infectious period before acquiring lifelong immunity. It was risky and time-consuming but offered better odds than the alternative.

It was nearly impossible to prevent the spread of this pathogen in an army camp before germ theory and where even basic hygiene was lacking—forget about social distancing. Smallpox struck in Boston in 1775 as Washington took command of the Continental Army nearby. Washington was no anti-vaxxer—he encouraged his wife (who traveled with the army) and stepson to get inoculated—but he initially banned military inoculations, fearing that they sacrificed combat effectiveness because it meant taking soldiers from the field during the critical early years of the war.

Anticipating the British invasion of New York in 1776, Washington warned that inoculation “might prove fatal to the army” by removing those who “may soon be called to action.” For Washington, the British military was the immediate threat. Any American officer who dared “suffer himself to be inoculated, will be cashiered and turned out of the army and have his name published in the newspapers throughout the continent, as an Enemy and traitor to his country,” Washington declared.

Washington’s stance was about maintaining the army necessary to defeat the British and gain liberty and independence. While the Continental Army required infected soldiers to quarantine under guard and limited interactions with civilians in an effort to slow the spread of smallpox, the virus still took hold. By the winter of 1777, Washington was forced to regard the virus as a greater threat than British bayonets.

The Pentagon has similarly labeled COVID-19 a national security threat. Deputy Pentagon Press Secretary Jamal Brown has expressed the same sentiments as Washington. The military must counter the Delta variant because it is “vital to protecting our force and the nation we defend,” he said in late July. The Military Health System has declared vaccination to be central to “military public health and deployment readiness.”

Will the U.S. military be called into action to face a vaccinated adversary? (The Continental Army had to do this very thing when it faced the British army which had long been exposed to the smallpox virus and had a higher degree of immunity than the Americans.) Or maybe they’ll be sent into a Delta-spiking hotspot? Or, as Washington fretted over, what if the military inadvertently spreads the virus to a civilian population (foreign or domestic) while engaging in a mission? Misinformation campaigns have already tried to pin the pandemic on the U.S. Army—such a mishap would have global consequences. There are major defense, diplomatic and civil-military implications at stake.

Biden as commander-in-chief, like Washington, has the authority to order mandatory military vaccination. This should not be confused with mandatory civilian vaccination. It will undoubtedly also conform to established religious, medical and administrative exemptions for those on active duty. Currently, active-duty military members are subjected to upwards of 14 mandatory vaccines, depending on where they serve. This includes in some cases vaccines for anthrax and smallpox (which was officially eradicated by vaccinations in 1980). Those who refuse may face discipline, including a court-martial.

Aside from the COVID-19 vaccine’s politicization before and after the 2020 election, the major hurdle is the rule that prevents the military from requiring a treatment that is not fully approved by the Food and Drug Administration. Reports indicate, however, that approval is likely coming next month. There was no such oversight in Washington’s time, but he justified a more dangerous inoculation based on military necessity. If an army was not immune to smallpox, how could it defend the nation during a pandemic? The inoculations proved extremely effective. The Continental Army gained immunity and won the war.

Despite increased competition with large foreign powers, international deployments, tensions within Congress, widespread political discord and disagreements with state governments, COVID-19 in 2021 (like smallpox in 1777) is the most immediate threat to the military and the country. Biden’s words of “how and when” suggest that a future mandate is inevitable.

Washington reached his decision because he knew keeping the military safe in the midst of great strife, war and uncertainty was pivotal to the survival of the nation. Only about 64% of the active-duty military members are fully vaccinated, but they along with the unvaccinated may be called upon to defend the U.S. or deploy anywhere around the world at a moment’s notice. The military constantly assesses risks during its planning process, historically and today, and Washington was unwilling to take a chance with the lives of his troops or the safety of his country.

The “war has changed,” the CDC proclaimed in late July. Washington knew it in 1777 too. The order required the general’s “most mature deliberation”—but he gave it. More than 244 years later, it is President Biden’s turn to mandate vaccinations for the troops. 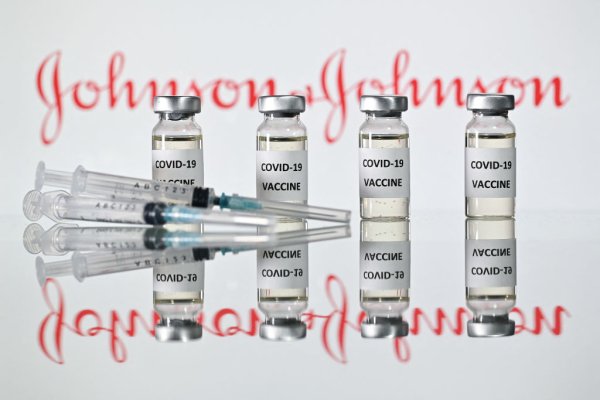