Afghan officials are warning of widespread fraud in the country’s presidential election, even as early vote counts indicate a runoff is likely.

Early results show candidates Abdullah Abdullah and Ashraf Ghani appear to be leading the race to succeed President Hamid Karzai by significant margins, the New York Times reports. The preliminary count reflects 10% of the votes cast in 26 of Afghanistan’s 34 provinces, with Abdullah and Ghani holding 41.9% and 37.6% of the vote, respectively.

However, fraud is likely to have a dramatic effect on the election. The election-complaints commission said Sunday it had received so many reports of fraud that it may have to extend the time period for reviewing complaints.

The commission said there were 870 incidents of fraud important enough to sway the results, more than the 815 incidents reported during the 2009 election.

“We are investigating fraudulent votes very carefully, and there’s a strong possibility that some of the vote will be disqualified,” said Ahmad Yousuf Nuristani, head of the election commission.

The votes are set to be fully counted by April 24, and a runoff election, if needed, would be held as early as May 28. 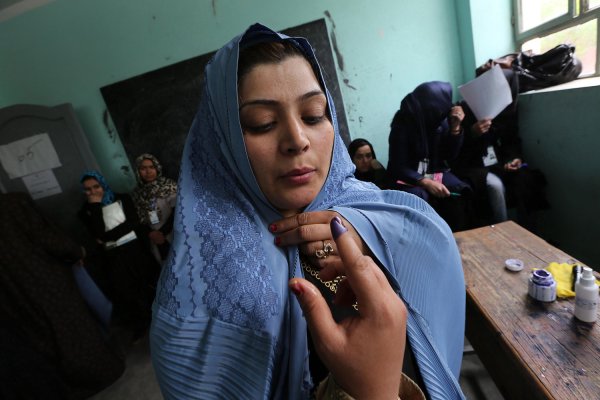