Skateboarding began in California around the 1950s when surfers wanted something to do on sidewalks while waves were flat. A 1970s drought in California gave the activity a whole new dimension as skaters started flying off the lips of empty swimming pools. Many of the best international skateboarders still flock to the United States to train. Heck, Tony Hawk is American.

But you wouldn’t know this by looking at the Olympic medal tables.

In a sign that either the U.S. has done a fabulous job exporting skateboarding around the world, or the American Olympic skateboarders didn’t step up here at the Ariake Urban Sports Park in Tokyo—or, it just doesn’t matter, dude—the U.S. failed to take home gold in the sport’s long-awaited Olympic debut.

In the fourth and final skateboarding event at the Tokyo Summer Olympics, the men’s park competition, 18-year-old Keegan Palmer of Australia won the gold medal. Palmer was born in San Diego before moving Down Under at a young age, though he has since returned to San Diego to live. Brazil’s Pedro Barros took silver; Cory Juneau of the United States won bronze.

America’s bronze efforts need not be dismissed outright. Still, on the men’s side in particular, the U.S. expected to make history. Nyjah Huston, 26, might be the most accomplished competitive skateboarder ever. He kept falling, however, in the street skating final. Rival Yuto Horigome of Japan, 22, took home the gold. In men’s park, Heimana Reynolds, who didn’t even make the Olympic final, and Juneau were ranked No. 1 and No. 2 in the world.

“We’re here representing skateboarding and representing our culture. It means the world even to have this spotlight and have this stage,” says Zion Wright, another American park skater who, after winning a Dew Tour event in May, expected to compete for a podium spot. He also didn’t make the final.

Every Olympic skateboarding event has been a hug-fest, and Thursday was no different. Great performances were celebrated by everyone involved. You rarely see that kind of camaraderie in gymnastics or swimming. When Brazil’s Luiz Francisco executed the final run of the day—it looked pretty promising—he and Palmer put their arms around each other to glance at the scoreboard. If Francisco beat a 95.83, Palmer would lose a gold. You’d never know it from from looking at the pair. 83.14; Francisco finished fourth. More embraces all around.

READ MORE: Japan Proves It’s the Top Skateboarding Nation in the World—and It’s Not Even Close

“You know, this is more than metals,” Wright says.

His message to competitive Americans who expect more medals—especially from an activity invented in the United States: Relax. “They shouldn’t be disappointed, No. 1,” says Wright. “No. 2, they weren’t out here doing the work.” Especially in the impossible 95-degree Tokyo heat boiling off the park concrete.

These skateboarders don’t just seem like manic competitors. If anyone had reason to get down, it was Reynolds, the 23-year-old Hawaiian and popular pick for gold. But while meeting with reporters after failing to make the finals, he was all grins. He showed off the white smiley-face printed on the black nail of his middle finger. “I just thought it was kind of funny,” he says.

He also made the case that, ultimately, winners and losers don’t matter. The point, he says, is to show off his sport’s stoked-to-be-here, community-based philosophy to the world. “Skateboarding doesn’t discriminate where you’re from, who you are, anything like that,” says Reynolds. “I mean, a lot of these people barely speak English, and they’re [some] of my best friends. We all share the same language of skateboarding. And I think that’s the most beautiful thing about it.”

Maybe the skateboarders are onto something. When we watch more athletes display a so-called “killer-instinct,” what do we really gain? Isn’t sportsmanship the point?

That’s one spin. Or maybe USA Skateboarding needs to get its act together. Paris 2024 is just three years away. 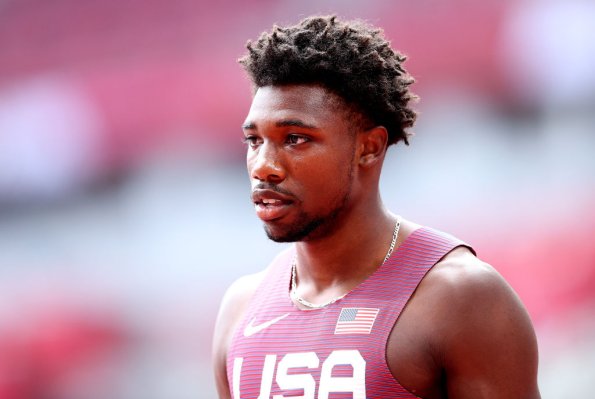