Report: Homicides Continue to Slowly Rise in the U.S., While Other Violent Crime Rates Decline

People look on as police converge on the scene of a shooting in Brooklyn, one of numerous during the day, on July 14, 2021 in New York City.
Spencer Platt—Getty Images
By Josiah Bates

A new report from the Council on Criminal Justice (CCJ) presents data showing that murders have risen 16% in many major American cities over the first 6 months of 2021, as part of what is being widely viewed as a new wave of crime and violence across the U.S. But according to the report, when compared to the same time period last year, the pace of the increase in murders has slowed down from the first quarter of 2021 through the second: In the first quarter of 2021, homicides rose by 23% compared to last year. In the second quarter, they rose by just 10%.

The rates for other major criminal offenses—includes robberies, residential burglaries, larceny, non-residential burglaries and drug offenses—have also declined compared to 2020. While the national conversation around gun violence and prevention strategies continues, this data shows that while some aspects of the problem remain endemic, others could potentially be trending in a more hopeful direction. And experts are now working to examine what the root causes of these new trends could be.

“We’re seeing this new divergence between forms of crime that generally tend to rise and fall together, especially violent crime,” Thomas Abt, a Senior Fellow with the CCJ says. “We’re not seeing a crime wave across all forms of crime.”

More details from the study, conducted by criminologist Richard Rosenfeld and CCJ research specialist Ernesto Lopez, showed that in most cities, the increase in violence rose significantly after George Floyd’s murder and during the months of protests that followed. Factors like the strain of the pandemic, reduction in police activity and a lack of trust of the police have been cited as reasons for the increase in violence.

Pandemic-related restrictions, on the other hand, led to some of the declines, like the ones seen in property-related crimes.

The CCJ study explores how “de-policing” has impacted crime, which Rosenfeld argues is a “dominant explanation” for what has happened during the pandemic. (De-policing is when police take a step back from their typical work, usually in response to criticism from the public.) “If we’re going to talk seriously about de-policing, we have to tie it directly to the impact of the pandemic,” Rosenfeld said during a public CCJ webinar discussing the data on Aug 3. While much has been speculated about police officers stepping back over the fear of their conduct being more-closely monitored in response to Floyd’s killing, Rosenfeld says that it’s been COVID-19’s broader impact on the U.S. that has had a real impact on the reduction of police activity.

To further analyze and respond to the data and related public perceptions of crime, the CCJ has put together a Violent Crime Working Group—a panel of law enforcement officials, community leaders, academics and public health officials who will work to assess community-based strategies to address gun violence, as well as effective law enforcement approaches to the problem.

“These are serious, problem-oriented people. They’re not figureheads,” Abt says of the group’s members, who include activists at the community and national level and police chiefs and captains. “The reports describe what’s happening, and the working group is dedicated to addressing what we do about it in concrete and immediate ways.”

Read more: As Shootings Continue to Surge in 2021, Americans Set to Face a Summer Plagued by Gun Violence

The group will examine some of the points that have been widely speculated as reasons for the uptick in violence since the last year, including “de-policing”, an increase in firearm purchasing and the effects of the defund movement.

In recent months, there has been a significant push for more attention on socioeconomic investments in communities impacted by gun violence, and community-led plans to tackle such crimes. President Biden has pledged to invest $5 billion over eight years in community violence prevention, something Abt says he never thought he would see from a presidential administration. (Back in 2019, Abt proposed around $1 billion over eight years.)

A number of cities and states have announced more investment in community-led efforts to deal with the violence, as well as some steps taken to involve more social and health workers in responding to calls that police would typically take. In this vein, the CCJ and their Violent Crime Working Group also represent the idea that it will take equitable collaborations across academics and experts, community groups, policy makers and law enforcement to deal with the problem. 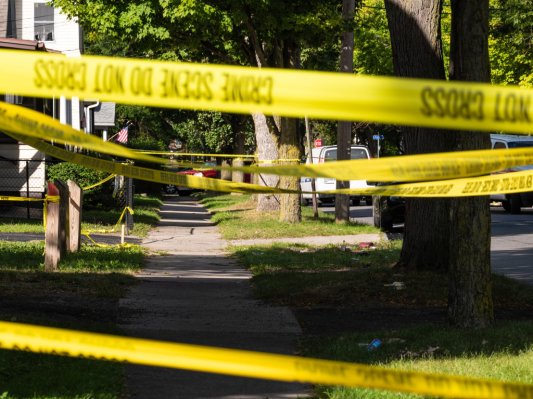