Two Decades Later, the Lessons of the 9/11 Commission Echo

There are a few enduring narratives that, with a few tweaks here and there, can frame up just about any big story in Washington. And here in D.C., one of them is playing out with an ironic antecedent inside the powerful Cheney family.

First, the topline: A shocking crime has been committed against America, and investigators want answers. They want to know who in power had missed the warning signs about the deadly attack on the seat of American power. What are the systemic and individual failures, and what changes must be made to prevent a repeat from those who hold American values in such contempt?

Almost 20 years ago, the investigators in question wanted to figure out how the Sept. 11 terrorist attacks happened. Today, they want to know what happened on Jan. 6, when a violent mob sought to overturn President Donald Trump’s electoral loss at the U.S. Capitol.

Both probes hinge on the largely undisputed powers of executive privilege—the legal theory that a President should be free to solicit advice from his team without fear that his top hands would be forced to recount their conversations before the world. Twenty years ago, former Vice President Dick Cheney was among those pushing an absolute view on executive privilege as the George W. Bush White House wrangled if and how top aides would talk to the 9/11 Commission or turn over paperwork, even down to routine forms. Fast forward a few decades and his daughter, Rep. Liz Cheney of Wyoming, is now on the other side of that table, demanding answers from former President Donald Trump and his inner circle.

Each reflects the broader posture of politics at the moment.

In the wake of 2001, the investigators negotiated fairly unsuccessfully to get access to presidential memos, schedules and aides. Only when a damning bit of testimony from a former counterterrorism adviser turned the political table did the White House relent and agree to open the file cabinets and allow top hands to testify. The 9/11 commissioners didn’t want to use the limited subpoena power afforded them by the law, feeling it would set up an unnecessary and toxic posture between the two ends of Pennsylvania Avenue, and instead relied on a collective national need to have, once and for all, a definitive accounting of the al Qaeda plot that would spark an almost-20-year war in Afghanistan.

These days, that sense of there being a singular national interest in getting to the bottom of Jan. 6 is nowhere to be found. Americans may have rallied behind the investigation into what led to the worst terror attack on U.S. soil back in 2001, but it’s a far tougher cry to summon a shared curiosity as to what brought the worst political violence to the Capitol since the War of 1812. Outwardly, Republicans don’t seem all that bothered by what happened the day a violent mob overtook the Capitol and tried to derail the routine certification of the November election results. To watch the most popular conservative opinion hosts, you wouldn’t really know the melee left five dead and Congress deeply shaken. “There was certainly a lot of violence that day but it was not a terrorist attack. It wasn’t 9/11. It wasn’t the worst thing to happen to America. It wasn’t an insurrection,” Fox host Laura Ingraham told her viewers on Tuesday, the first day of the Jan. 6 inquest. “God save us from these third-rate theatrics,” she said with a chuckle.

This newsletter has said it before and is saying it again: it didn’t have to be this way. Republicans derailed plans for a nonpartisan, apolitical independent commission to study the events that would have been similar to the 9/11 Commission. Left with no better option, House Speaker Nancy Pelosi announced she was empanelling a select committee to investigate the day and invited Republicans to join her. When House Minority Leader Kevin McCarthy recommended Trump apologists to represent the GOP, Pelosi, as is her power, rejected them as fundamentally unfit to find answers. In turn, McCarthy announced he would not select any Republicans to participate.

Democrats—and Republican mavericks Cheney and Adam Kinzinger, both of whom voted to create the panel and are serving on it at Pelosi’s request—now have the difficult task of answering what created the environment that led to the violence that left statues inside the Capitol smeared with blood and tear gas lingering in the air ducts. While former Vice President Cheney had limited tolerance for second-guessing of executive power, Rep. Cheney seems to have unlimited curiosity. She wants the truth—even if it proves debilitatingly embarrassing for her fellow Republicans. “Will we be so blinded by partisanship that we throw away the miracle of America?” Cheney asked. “Do we hate our political adversaries more than we love our country and revere our Constitution?”

The Jan. 6 investigators, like the 9/11 commissioners, have subpoena powers. But unlike their forebearers, the current officials will not hold that power in reserve. In fact, the panel’s chairman has said explicitly that no one is off limits and subpoenas will be in the offing. This moment’s apparent inability for opposing political viewpoints to even agree on facts makes it much easier for these investigators to drop any interest in comity. The Department of Justice has decided that former Trump aides cannot assert executive privilege, opening the door for their testimony and closing it for Bush-era abilities to dodge questions.

Which is why the bookends of this story—starring two generations of a great American political family—are so deeply fascinating. Where Dick Cheney said Congress had very limited rights at poking the presidency, Liz Cheney is pulling out her lance. The 9/11 Commission had its problems, for sure, but the Jan. 6 panel seems to have learned the lessons. It’s a twist that historians, no doubt, will probe when the history of this century is written far down the road. And it’s a reminder that Washington is a city of some pretty predictable patterns. 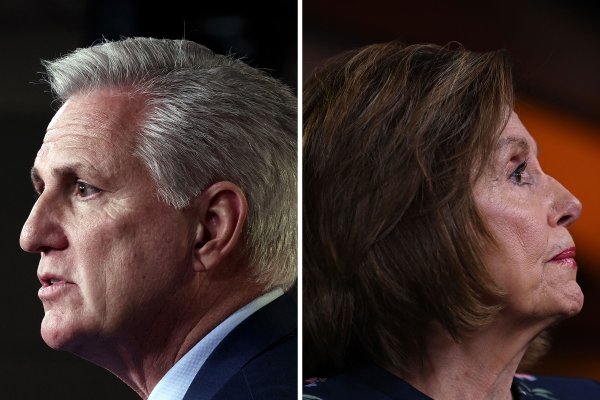