Larry Nassar Is in Prison, But Many Young Athletes Are Still at Risk. Here's How We Can Better Protect Them From Sexual Abuse

Larry Nassar stands to hear his fate as he is sentenced by Judge Janice Cunningham for three counts of criminal sexual assault in Eaton County Circuit Court on February 5, 2018 in Charlotte, Michigan.
Scott Olson—Getty Images
Ideas
By Grace French
French is founder and president of The Army of Survivors.

Earlier this month, the Department of Justice released a report about the FBI’s investigation into former USA Gymnastics doctor Larry Nassar that spotlighted what survivors like me have known to be true: the entire system is failing athletes.

The FBI failed to conduct a thorough and timely investigation, and at least 70 victims were sexually abused after allegations had already been reported. The report was as outrageous as it was heartbreaking.

The DOJ report found that the FBI failed to respond to the accusations against Nassar in an ethical and efficient way, proving that the FBI—a government institution that should protect its citizens—failed at protecting child athletes. It is unacceptable that multiple institutions, including the FBI, have failed to this extent and not prioritized the well-being of young athletes.

A failure of this magnitude is horrific and shows us the importance of trauma-informed investigations. Through their handling of this, the FBI retraumatized survivors, which in turn only discourages those who have been harmed from coming forward. This report was painful to see and read for individual survivors across the country. It opened up incredibly painful wounds, forcing so many hundreds of former athletes to relive trauma.

But this isn’t an issue limited to one institution or one sport. It’s not over because this report is out and Larry Nassar is in prison.

With the Olympics now underway, it is imperative that we use this report to demand our institutions hold abusers accountable and protect the children they serve. What’s important to take away from the Justice Department’s report is not just a play-by-play of what happened and when with Larry Nassar and the FBI. It’s that this case and the failures within it encapsulate the epidemic of sexual abuse among athletes and our failures as a society to protect children.

The first global study to look at elite athletes’ experiences in an attempt to understand whether and how their rights were protected as children in sports, released in 2021 by the World Players Association, found that 13% of athletes experience one form of sexual abuse at least once as a child in sports. We know that sexual assault is underreported, which means there are more survivors than we are aware of.

Read more: An Early Survivor of Larry Nassar’s Abuse Speaks Out For the First Time

So how can we ensure that we are keeping children safe? The Army of Survivors, which I founded, is the nation’s only organization advocating for and supporting athlete survivors of sexual violence. We, in partnership with CHILD USA, have launched a new Child Athlete Bill of Rights and are urging athletic training camps, facilities and gyms to implement it in order to prevent child sexual abuse.

The Child Athlete Bill of Rights has a simple message: Every child has the right to be safe. It outlines clear policies and procedures that every institution–from big universities to local sports clubs and facilities–can implement to protect child athletes. This includes conducting comprehensive background screenings on coaches, team staff and volunteers and having clear reporting processes so athletes can feel empowered to know and exercise their rights.

Sexual abuse of child athletes is a nationwide problem that demands collective action.

Every child athlete has the right to say “no” in unwanted situations, to disclose when something doesn’t feel right, to have the space and support to express their emotions, and to understand what abuse is and how to report it.

Going forward, we collectively cannot just move on. We need to remember there are survivors in communities across the country who did not have an investigation, report or media attention to hold their abusers, or the institutions that were supposed to protect them, accountable. This is a moment for us to acknowledge a widespread problem and to act so that no more athletes have to experience what I did. I implore athletic training facilities, gyms, sports clubs and camps to sign on to the Child Athlete Bill of Rights to commit to empowering athletes and to keeping them safe.

It’s my hope, as a survivor of Larry Nassar, that we use this moment to do everything possible to put in place commonsense protocols to protect athletes and to prevent harm. Inaction is the equivalent of complicity.

Every child, athlete or not, has the right to be safe. And every survivor has a right to be believed. To all survivors and victims, know that you are not alone in this journey. I believe you, and there is an army of survivors standing with you. 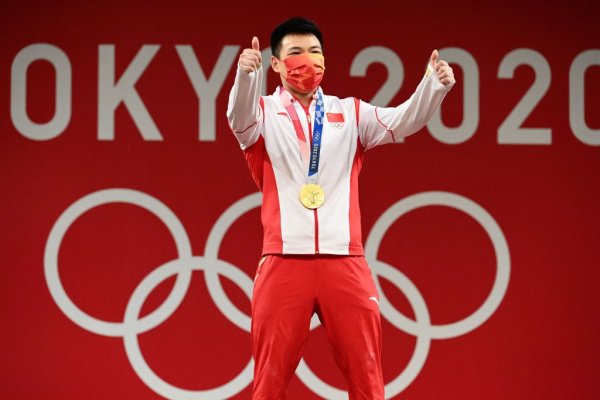 Here's How Many Medals Every Country Won at the Tokyo Summer Olympics
Next Up: Editor's Pick