And although she didn’t advance to the final, her much-anticipated appearance was a symbol of hope for many people in Japan, who have marveled at her recovery.

The 21-year-old swam second leg at the women’s 4x100m freestyle relay qualifying rounds, with the team finishing ninth at 3:36.20, narrowly missing qualifying for the final.

Ikee, who swam at the Rio Games and holds multiple national records, would have missed the Tokyo Olympics if it hadn’t been postponed due to the pandemic. The swimmer revealed her leukemia diagnosis in February 2019, and underwent treatment for 10 months. She resumed practice just three months after her discharge from the hospital and returned to competition in August 2020.

Ikee has made an impressive comeback despite having lost weight and muscle-mass due to her illness. She secured her spot at the Tokyo Games after winning all four of her events at Japan’s national championships in April.

Swimmer Rikako Ikee of Japan, who is recovering from Leukemia, holds up a lantern containing the Olympic Flame during an event marking one year to go to the Tokyo Olympic Games at the National Stadium on July 23, 2020 in Tokyo, Japan.
Du Xiaoyi–Pool/Getty Images

Hitomi Morioka, a 56-year-old English teacher who was volunteering on the Olympics press operations team, clutched her hands as she watched Ikee diving into the pool during the race at the Tokyo Aquatics Center: “My heart is beating so fast as if it’s my own race.” She said she wanted to cheer on the team at the top of her lungs, but couldn’t because the few people allowed in Tokyo Olympics venues are discouraged from cheering to reduce the spread of COVID-19. Across the stadium from where Morioka was standing, members of the Japanese delegation waved the national flag to show their support.

Morioka said Ikee’s effort to regain strength and her remarkable recovery are sending a message that Japan can overcome the pandemic if people stay strong together and work hard. “She’s the one that didn’t give up,” Morioka said. “She is the hope of Japan, to conquer corona(virus).”

Japanese Twitter users said they’re touched by just seeing Ikee swimming at the Olympics, no matter what the results were. “Rikako Ikee is great! Even though she didn’t make it to the final, even just reaching such a high level is the result of a lot of hard work,” one person wrote. “I feel very energized.”

“It is already amazing that Rikako Ikee made her return after getting sick and made it to the Olympics. The fact that she closed the gap between her past and current performance makes me tremble and cry non-stop,” another user wrote.

Following the competition, Ikee told reporters that she was happy that she was able to swim on such a stage along with her team members, but at the same time she couldn’t help but feel regret at not making the finals. “I still have races coming up so I am going to change my mood and work hard towards that.” 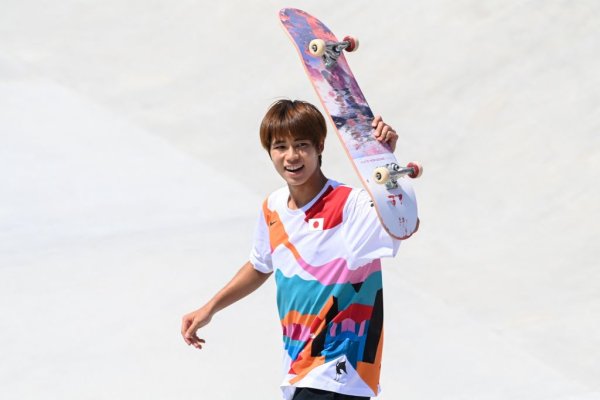 The New King of Skateboarding
Next Up: Editor's Pick