Katrina Dennis, 51, was so sure she would be evicted from her Phoenix, Arizona rental home that she had already started packing to move in with family. The pandemic cost Dennis her airline customer relations job in June 2020, and while she has since found temporary work in the travel industry, the gig hasn’t paid enough to make up for the months she was unemployed. She still owed $6,000 in rent. “Even if you fall behind by one month,” she says, “it’s just so hard to catch up.”

But in mid-July, she received a text message that changed everything: her application for emergency rental assistance had been approved.

The notice came just in time. The national eviction moratorium—established by the Centers for Disease Control and Prevention (CDC) in September 2020 and extended four times—is slated to end on July 31. At that point, the eviction proceedings Dennis’ landlord had already initiated would have been able to move forward. But now that her landlord knows she will be able to pay, Dennis can stay in the apartment, at least through the end of her lease. “To take that big expense off of my shoulders, it’s such a relief,” she says.

Dennis isn’t the only tenant who has benefitted from emergency rental assistance, but states and municipalities throughout the country have struggled to quickly distribute the funds Congress appropriated. With just over one week until most evictions can proceed again, billions of dollars remain unused, and states are racing to get the money out the door in time.

The city of Phoenix, for example, has distributed just $20.7 million of the $51.1 million it was allocated to help tenants pay their back rent and utilities since the program became operational in March. Of that $51.1 million, an Arizona antipoverty nonprofit called Wildfire was contracted to distribute $22.5 million and has so far spent around $10 million, serving just over 1,200 households. Though emergency rental assistance funds will still be available after the CDC moratorium lapses, there will no longer be a national ordinance preventing landlords from going to court and winning eviction cases over nonpayment. So Phoenix’s Human Services Department and Wildfire are currently working overtime to communicate with landlords and tenants still in the rental assistance queue, seek out additional documentation from landlords and tenants whose applications were incomplete, and review new applications with the goal of quick payment. “We’re in an all-hands-on-deck moment,” says Kelly McGowan, the deputy director of Wildfire. “We’ve redeployed as many resources as we have, both internally and at all the agencies [we’ve subcontracted], to try to get through as many applications as possible before that July 31 deadline.”

Similar efforts are underway nationwide. Through the Consolidated Appropriations Act of December 2020 and the American Rescue Plan Act of March 2021, Congress approved $46.6 billion to assist households that have been unable to pay rent or utilities. The need was unparalleled: Moody’s Analytics estimates 9.4 million renters—roughly 20% of renters nationwide—were delinquent in January 2021, owing more than $52 billion in back rent, utilities, and late fees. As of June, Moody’s estimates that 13% of the renter population had fallen behind on payments by a collective $23.9 billion. In recent pre-pandemic years, roughly 6% of renters were typically behind on payments.

Emergency rental assistance funding has dramatically scaled up in the last few months. More than $1.5 billion in rental assistance was distributed to eligible households in June—which is more assistance than the previous three reporting periods combined, according to the Treasury Department. The number of households who received funds in June is nearly triple that of April. The rapid acceleration of spending in the last month, according to interviews with half a dozen federal, state, and program officials, is largely the result of how long it took for states to set up systems capable of dispersing such massive amounts of direct housing aid. Never before in history has the Treasury Department been able to provide local governments with this much money to spend on emergency rental assistance at this speed and scale, a Treasury official says.

Now, states are rushing money out the door to prevent a wave of eviction cases from bombarding the court system and homeless shelters as COVID-19 cases due to the spread of the Delta variant rise. “The need right now,” says McGowan, “is to keep people housed, alive, and see them through to the other side of this.”

‘Frankly, we struggled at the beginning.’

After a slow start, some state and city governments have learned how to distribute funds more efficiently.

At first, Texas’ Department of Housing and Community Affairs had trouble standing up an effective system. Within the first month, the agency had to replace one of the softwares making the program possible, executive director Bobby Wilkinson says. Payments were also delayed by recipients who couldn’t accept direct deposit and required paper checks, or tenants who didn’t know the addresses of their utility providers or their account numbers. “We’ve never really done anything quite like this—a national effort for rental assistance,” says Wilkinson. “Frankly, we struggled at the beginning.”

By the end of May, Texas had distributed only 11% of its funds, according to a report by the National Low Income Housing Coalition. But as of early July, the state was nearing 45% disbursement. Now that the agency has found its groove, it has been able to triage and prioritize tenants whose landlords and utility providers have initiated eviction proceedings and utility shut-offs. The agency has also been able to invest in legal services and clinics to help tenants facing eviction proceedings apply for the funds.

Though Illinois’ state government has effectively extended its own eviction moratorium through Aug. 31, it is also ramping up its distribution efforts and initiatives. According to Treasury data, the state went from reporting zero dollars worth of rental assistance distributed in May to ranking the second highest provider of rental assistance among all grantees in June. Illinois Housing Development Authority Executive Director Kristin Faust says the agency used a variety of techniques to dramatically increase their disbursement rates: Her staff has deployed informational Facebook Live videos, partnered with dozens of neighborhood organizations and nonprofits that have vast communication pipelines to community members, educated state legislators on the tools available to their constituents, and engaged in outreach to landlord organizations. “I know that word is overused, but [the situation] really is unprecedented,” says Faust. Normally, her agency is constrained by limited funding, meaning many who need housing assistance don’t receive it. “But for this, the funds are there,” she says. “It’s our goal to get them out into the right hands in a very fast and quick period of time. It was quite a challenge.”

The Illinois agency has adapted its technique between its first and second pots of funding. Last year, it opted to disperse a flat $5,000 for every qualifying rental assistance applicant. But this year, the agency is dispersing customizable amounts of back-rent landlords are owed, up to $25,000. It takes more time to verify the exact amount the landlord should be paid, but it has been more helpful to the landlords whose tenants had fallen way behind. “That was a critical improvement,” Faust says.

Some states have been slower to meet the demand and approve applications ahead of the July 31 eviction moratorium end date. The Wyoming Department of Family Services has only approved 584 applications worth $1.8 million out of the $162 million the state was awarded to make available for rent, utility, and internet payments. There are an estimated 1,715 applications that have been submitted and are pending an eligibility determination. “Getting eligible Wyoming residents rental assistance is very important to us and we are working very hard to make that happen,” the agency says through a spokesperson. “Our comprehensive marketing campaign included sending postcards to every household in the state to notify residents of the program.” (The Department adds that the funds it was awarded exceed the estimated need in the state, and that it “anticipates being able to assist all eligible households” that apply.)

Potential for progress beyond the pandemic

State and city governments weren’t the only ones operating on a steep learning curve. It also has been a challenge for the federal government: The Departments of Housing and Urban Development (HUD) and Treasury had to work quickly and collaboratively to help states spend the historic amount of relief.

HUD helped Treasury streamline program guidance, develop answers to frequently asked questions, and establish the reporting requirements that Treasury is asking of its grantees. HUD also helped the Treasury Department learn how to best serve tribal housing agencies, which sometimes lack access to modern banking technology. “By and large, most communities have had to do a huge amount of work to stand up their programs, because it’s just so new,” says HUD senior adviser Peggy Bailey.

After scrambling to help states create new rental assistance infrastructure from scratch, Administration officials hope what they built will endure beyond the end of the eviction moratorium. “It would be a shame if this unprecedented amount of resources only addressed the crisis at hand and didn’t lead to longer-term change to help people stay housed,” says Bailey. “Our hope is that communities are not only thinking about how to mitigate the crisis that’s before them, but how can they set up systems that will live on past the pandemic?” 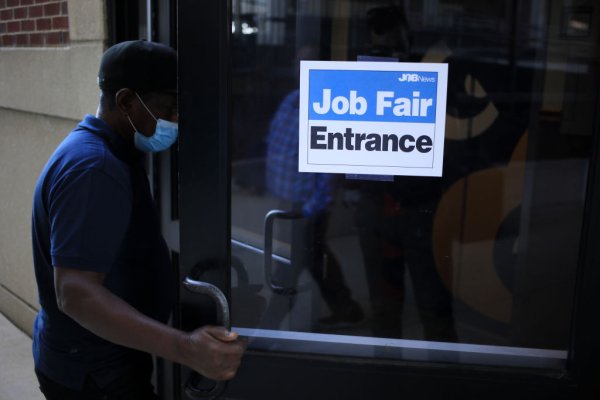