70 Years Ago, the World Made a Pact to Protect Refugees. Too Many of Our Leaders Are Failing to Uphold That Promise

Migrant men arrive at Dover Port after being picked up in the English Channel by the Border Force on July 21, 2021 in Dover, England
Dan Kitwood—Getty Images
Ideas
By Ban Ki-moon
Ban Ki-moon is former Secretary General of the United Nations and Deputy Chair of The Elders

How the world treats refugees is a litmus test of our common humanity. I say that as a refugee myself, having experienced the trauma and wrenching displacement of fleeing my home during the Korean War, when I was a child. The human suffering that I witnessed as I fled my burning village with my parents has stayed with me throughout my life.

It’s something that our leaders acknowledged 70 years ago this month, when the 1951 UN Refugee Convention was signed — a landmark treaty that has formed the backbone of international protection for people fleeing persecution in their own country, and should remain the lodestar guiding all national and international policies.

The treaty is just as essential today as it was seven decades ago. The UNHCR’s latest Global Trends report found that a record 82 million people were forcibly displaced from their homes in 2020, including 26 million refugees who have fled their own country. These numbers are not going to decline as long as conflict and instability persist.

Yet the guarantees in the 1951 Convention are being ignored. As forced displacement reaches unprecedented levels, the reaction in many prosperous countries in the Global North continues to be driven by fear and self-interest. Populist, nationalist and sometimes openly racist politicians have manipulated people’s fear and ignorance of refugees for electoral gain, leaving refugees and migrants even more marginalized and vulnerable to abuse, including physical attacks.

Instead of offering protection, some of those in power want to shut down asylum routes, introduce punitive measures against those exercising their right to seek asylum through irregular routes, and forcibly return people to situations of uncertainty.

Over the last five years, Afghan refugees whose asylum claims have been rejected have been forcibly returned to Kabul from the Netherlands, Sweden, Germany, Austria and Finland, during periods of acute insecurity and war. The threat of a renewed takeover of Afghanistan by the Taliban will create a further surge of refugees, including women and girls who face the brutality of that regime.

Read more: ‘My Future Is Now.’ An Afghan Woman from a Threatened Minority Wrestles with What Happens When the U.S. Withdraws

Denmark is currently reassessing the temporary residency permits for Syrian refugees who originate from Damascus and its environs, stating it is now safe to return to those areas despite the repressive nature of the Assad regime.

Other countries don’t even let displaced people stay within their borders while they seek asylum. Australia maintains its longstanding discriminatory policy towards refugees and asylum seekers who arrive irregularly by boat, forcibly transferring and detaining them in Papua New Guinea and on Nauru island. It has had a devastating impact on the physical and mental health of those individuals and families. This type of policy is an affront to human dignity.

The U.K.’s new Nationality and Borders Bill also provides for off-shoring of asylum-seekers, following the damaging path set by Australia. It further proposes a two-tier system which would discriminate against those who arrive through irregular routes, even if their asylum claim is successful, effectively condemning them to a life of limbo with reduced rights. If implemented, the proposals would set a dangerous precedent in Europe – one which other European states should firmly reject.

Such measures, designed to avoid or shift responsibility, are contrary to the 1951 Convention, the Global Refugee Compact and core principles of global responsibility-sharing and solidarity.

The Global North’s regressive asylum policies stand in stark contrast to the generosity of developing countries, who continue to host 86% of the world’s refugees. For example, in February 2021, Colombia granted a 10-year protection status to 2 million Venezuelan refugees and migrants in the country, enabling them to integrate and plan for their future. Such examples put wealthier countries to shame.

It is incumbent on these countries to step up and deliver a global resettlement programme on a meaningful scale. President Biden’s decision to restore U.S. resettlement levels with a goal of 125,000 in the next fiscal year is a welcome development. The Elders support UNHCR’s call for the E.U. to commit to meet at least 40% of the global target to resettle 1 million refugees by 2028, equalling a pledge of 36,000 for 2022. This should be followed by setting ambitious multi-year targets in line with this commitment.

When I was U.N. Secretary-General, I met so many children around the world, particularly in Africa and the Middle East, who reminded me of my own painful experiences as a child displaced by war. For them, and for so many others, I remain determined to keep the plight of refugees high on the global agenda. 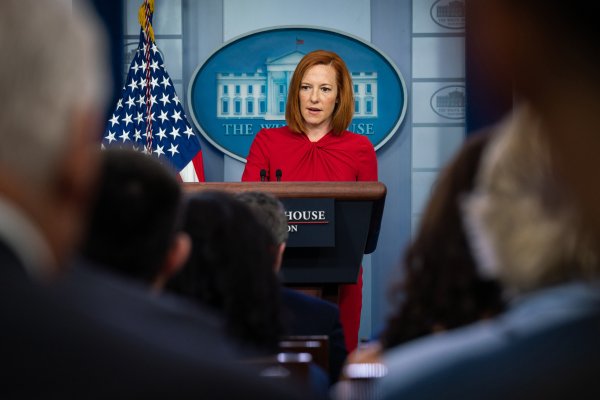 How the U.S. Is Spearheading Efforts to Thwart the Chinese Cybercrime
Next Up: Editor's Pick