“We’ve Found the Enemy, and It’s Not Each Other.” Heather McGhee's Quest to End America’s Zero-sum Thinking on Race

Heather McGhee was cooking dinner in her Brooklyn apartment in January as she opened a YouTube link to watch Joe Biden deliver his first speech on race as the President. As she bustled around the kitchen, Biden recited a line that seemed so familiar that she nearly dropped her wineglass. “We’ve bought the view that America is a zero-sum game in many cases: ‘If you succeed, I fail,'” Biden said. But, he continued, “When any one of us is held down, we’re all held back.”

McGhee’s first book, The Sum of Us, was about to hit shelves in February, and she’d shared copies of it with some Biden advisers. The book argues that Americans have been fed a “zero-sum story” that says progress for people of color will take away what white Americans already have. “The logical extension of the zero-sum story is that a future without racism is something white people should fear, because there will be nothing good for them in it,” she writes. McGhee uses the book to explain that racism actually costs all Americans, by allowing wealthy conservatives to take away resources from all of us.

McGhee had worried that The Sum of Us, coming after the death of George Floyd and the country’s reckoning with race, was being published too late. But as Biden spoke, she realized it might be coming at exactly the right time. There, in her kitchen, she heard the President of the United States—an older white man—telling Americans that they shouldn’t fear the success of Black people, using some of the very phrases she had used in her book. “I was like, ‘What is happening?! This is amazing!'” McGhee says.

For her book, McGhee journeyed around the nation, interviewing people to illustrate how that zero-sum game hurts everyone. She goes to Montgomery, Ala., where in 1959, white citizens decided to drain the public pool rather than integrate it. The same thing has happened as the U.S. has gotten more diverse, she argues; rather than share the benefits of government with Black people, many white Americans have sought to end benefits for everyone. This history helped answer a question she’d been asking for a long time: Why doesn’t America have well-funded schools, good wages for everyone and low-cost health care?

From the bedroom of the apartment she shares with her husband, a documentary filmmaker, and their 3-year-old son, McGhee says she didn’t always dwell on race. Growing up in Chicago and attending all-Black schools, and then studying at a boarding school in a small Massachusetts town, McGhee knew that being Black meant she wasn’t as privileged as many of her classmates. But she attributed those differences to inherent problems with the economy.

Until 2018, McGhee worked to address inequality in the U.S. economy for nearly two decades at Demos, a left-leaning think tank she ran starting in 2014. She led campaigns to regulate financial institutions and cancel student debt. It was during her work presenting debt research to Congress that she overheard a man in a Senate office ranting about “deadbeats” who had babies with multiple women and then avoided child support. She began to wonder whether her focus on economics was obscuring something else: that coded racial stereotypes were stalling efforts by progressives to enact changes in Congress. “We went from an era of shared prosperity to the era of inequality. Why would the country have done that to itself?” she said to me. “It didn’t feel like the economics orthodoxy had an answer.”

As she traveled the country researching her book, McGhee found the answer. People in power turned white, Black and brown people against one another, telling them that one group’s success would come at the expense of another. As a result, white people stopped supporting the government programs that enabled their prosperity as soon as access was expanded to Black people. In California, voters passed Proposition 13 in 1978, which limited property-tax increases, so they wouldn’t have to pay for “other people’s children” and immigrants from Mexico. A 2017 union drive at a Nissan plant in Mississippi was gaining steam until many of the white workers pulled their support, more comfortable with seeing themselves allied with white management than with Black co-workers.

This pattern ends up hurting everyone, as Black families become the canaries in the coal mine, hurt by destructive policies that soon entrap the rest of America. Years after California voted to lower property taxes, funding had plummeted for all public schools, and tuition for state colleges and universities had risen fourfold. Black and white workers at Nissan and other nonunionized places make less than their unionized counterparts.

In the course of writing the book, McGhee began to understand that the economic issues that had always interested her as a kid—like why there were people asking for money on the street?—were at their heart about race. In a white classmate’s boast of being “socially liberal but fiscally conservative,” she detected inherent stereotypes about whether Black people were deserving of the things white Americans had received for years. “For me, the transformation that happened was from seeing race as kind of an accelerator of inequality to seeing it as a driver of inequality,” she says.

McGhee found exceptions—people and places who were trying to create racial solidarity; she still thinks about them today. There’s Bridget Hughes, a white fast-food worker in Kansas City, Mo., who had thought immigrants were stealing Americans’ jobs, until she went to a Fight for $15 meeting and saw herself in a Latina mother also trying to raise a family on fast-food wages. There’s Bruce Noddin, a white resident of Lewiston, Maine, who connected with the local Muslim community while in a drug-addiction recovery program and started organizing a cross-cultural festival alongside Somali refugees.

“Connecting with someone, or seeing yourself in someone, is the antidote to a phenomenon that is, in some ways, destroying America,” she told me. “We need to shift people to say, ‘We’ve found the enemy, and it’s not each other.'”

These days, McGhee’s morning begins with fighting with her 3-year-old son to put on pants and continues with three or four public appearances on Zoom, part of an ongoing virtual book tour. The pandemic has made her work accessible to more audiences who have time to attend an event online.

So far, reception has been positive, she says, perhaps because the type of person who will attend a Zoom book event on racism is the type of person who wants to do something about it. She’s already signed on to write another book focusing on solutions with her mother, Gail Christopher, who works to help people foster cross-racial relationships. She is launching a podcast, supported by the Obamas’ production company, which has bought the TV and film rights to her book.

McGhee is cautiously optimistic that the current Administration wants to help all Americans while still tailoring some policies to address historical wrongs: the American Rescue Plan, for example, provided billions of dollars for Black farmers to address systemic racism. There is more room for solutions now, she says, with a President who acknowledges America’s racist past, rather than adding to it. 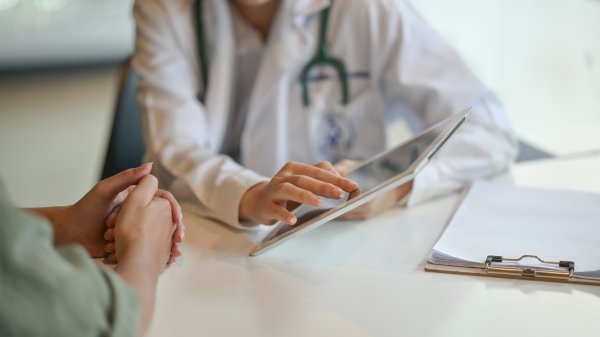 LGBTQ People Across the U.S. Face Many Disparities In Health Care. A New Fellowship Aims to Bridge Those Gaps
Next Up: Editor's Pick