The Pandemic Reset the Balance Between Workers and Employers. How Bosses Respond Will Shape the Future of Work

Adrienne Barnard has worked in human resources since 2004, and has seen all manner of concerns and requests from workers. But Barnard, now senior vice president of people operations at Boston tech startup Mainstay, recently found herself taken aback at how emboldened some employees had become.

“There’s a sense of entitlement that’s building,” says Barnard, who’s had to deal with issues like remote workers expressing dissatisfaction with the system the company used to deliver them free lunches. “These employees are recognizing, ‘You need me, and if I leave, it’s going to be hard to replace me.’”

Employees in many industries are in a position of power that they haven’t experienced in years, as the economy swiftly rebounds from the pandemic and businesses struggle to recruit and retain enough workers to keep up with the growth. The rate of monthly layoffs hit a record low in May, as job openings notched a record high. Meanwhile, more employees voluntarily quit their jobs in April than ever previously recorded—a clear sign that they’re confident they can find better options.

On top of the tight labor market, the pandemic has led many people to reconsider the centrality of work in their lives and has loosened some ties to their employers. Surveys suggest roughly 40% of U.S. workers are open to switching jobs in the coming months.

“Workers, loosely defined, are having a field day because it’s their market right now,” says Kerry Sulkowicz, a psychoanalyst who coaches chief executives. To a significant extent, this is a really good development. Workers had lost leverage with employers over the past four decades, amid a sharp decline in union membership and an intense focus on shareholders at the expense of employees. The recent rise in wages, and workers’ increasing say in workplace practices, in many ways helps reset the balance.

Illustration by Peter Arkle for TIME

Get a print of TIME’s “Rethinking Work” cover here

Now, in order to attract and retain the workers they need, leaders are having to reassess their organizations’ practices. The starting point for many is to offer more flexibility to employees in terms of when and where work is done. Admittedly, this doesn’t come easily to a lot of executives, whose entire careers until now have reinforced the idea that people need to be in the office to be productive.

But almost 40% of workers—and 49% of those who are millennial and Gen Z—said they’d consider quitting if their employer didn’t let them work remotely at least part of the time, according to a recent Morning Consult poll. Partly in response, a large portion of office-based companies are rolling out flexible schedules, which allow employees to work when they want, and hybrid arrangements, where they split their time between office and remote work.

Barnard predicts the four-day workweek may even catch on. Already, Kickstarter and other U.S. companies have committed to experimenting with the approach. And in a high-profile test in Iceland, workers were just as productive and had improved well-being when they worked a shorter weekly schedule.

Bosses can also offer a sense of mission. “The single biggest thing you can do is make the work feel meaningful,” says Laszlo Bock, the chief executive of Humu and former senior vice president of people operations at Google. Bock recommends that managers share stories about the impact of their teams’ work. Research shows that the most successful organizations have a clear purpose at their core.

Another tactic is to conduct “stay interviews.” Employers traditionally hold “exit interviews” when people leave companies, to better understand what went wrong. But managers would be better off if they proactively met with staff individually to better understand any problems they’re having before they get to the point of quitting. Good questions to ask include What do you wish you could spend less time on?

With the return to the office looming for a lot of companies, managers should also talk through the specifics of what that will look like, and help colleagues adjust and rebalance their work and life responsibilities.

The increasing empowerment of workers is frustrating and bewildering for many managers. But in the end, most of them are managed by someone else themselves. And if managers think deeply about what would attract them to an employer or make them stick around, it might help them succeed in this moment. As Bock says, “People forget that the thing that would help their teams the most is to give them what they themselves want.” 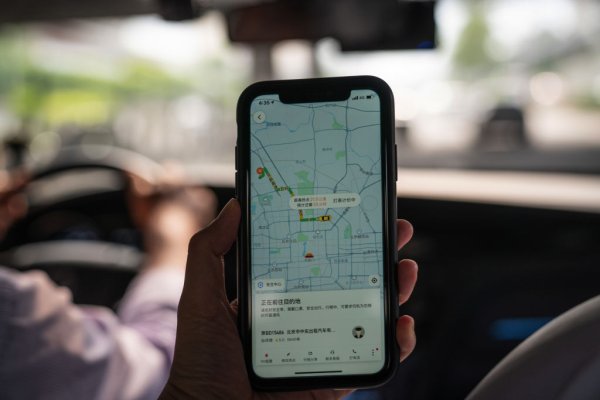 China’s Didi Crackdown Isn’t All That Different From U.S. Moves Against Big Tech
Next Up: Editor's Pick