What Your Body Odor Says About You

Getty Images
Ideas
By Sarah Everts
Everts is the author of The Joy of Sweat: The Strange Science of Perspiration. She holds a master’s degree in chemistry, and has written for Scientific American, Smithsonian, New Scientist, and the Economist. She teaches journalism at Carleton University in Canada.

When Annlyse Retiveau leaned in to sniff my armpits, I held my own breath as she inhaled. I’ve spent a vast majority of my life using products to avoid this precise critique—another human intentionally evaluating my armpit aroma. Yet, whether we like it or not, humans do smell each other, and we can glean useful social cues and health information from the body odor of others, albeit sometimes unconsciously.

There’s nothing unconscious about Retiveau’s sniffing. As a professional nose at the New Jersey-based company Sensory Spectrum, she smells things for a living, to help companies assess the aromas in a new coffee brew, or to evaluate whether a deodorant successfully blocks body odor. She’s neither chagrined nor embarrassed, just professional, as she demonstrates exactly how far her nose must be from my armpit—6 inches—to properly assess my aroma, as well as the correct inhaling technique: short bunny sniffs to avoid sensory overload. And yes, “bunny sniffs” is the technical term.

Most of our potent body odour arises from a kind of sweat that emerges from apocrine glands in our armpits. Apocrine glands become active at puberty and are primarily responsible for turning armpits into stink zones from adolescence onward. Meanwhile the salty stuff that flows when we exercise or are overheated emerges from a different, more abundant, kind of sweat gland—the eccrine gland. Most of us have between 2 and 5 million of eccrine sweat glands sprinkled across our whole body, including the armpit. Evaporation of water in this salty sweat whisks away heat from skin to cool us down; it’s our major defense against potentially deadly heatstroke.

When it emerges from our pores, sweat is relatively odorless. Potent aroma arises when bacteria living in our armpits devour sweat as food, and release heady odors as a by-product.

These odors provide clues about our identity and our health to those in our communities, even though many of us might prefer to rely on language and optics.

The first thing our noses tell us about those around us is their odor print, the unique collection of aromas that distinguish one person from another, and that allows dogs, for example, to track specific individuals. Parents learn the odor of our newborns just hours after birth (and newborns scootch preferentially towards the odor of breast pads worn by their birth mothers rather than those of other women). Siblings can identify each other even if they haven’t seen one another in years. And for many of us there is a quintessential comfort in the familiar odor of a grandmother or of a romantic partner.

In one study about smell and romance, straight women preferred the body odor of straight men whose immune systems were different enough that any offspring would have healthy immune systems. For most of human history, infectious disease has been our greatest threat. In modern times we may seek life-partners that satisfy a multitude of needs, but more fundamentally, if you could produce babies with immune systems able to fight a potpourri of pathogens, then your progeny—and your genes—stand a better chance at survival.

There are also tantalizing hints that body odor doesn’t just influence romantic relationships, but platonic ones, too. Earlier this summer, a study by Noam Sobel at the Weizmann Institute in Israel reported that people who became fast friends with each other have similar body odor prints, as determined by odor panelists as well as electronic noses.

This begs the awkward question: How do two individuals, meeting one another for the first time, get close enough for a whiff? Most human cultures—at least before COVID-19—have social greetings that involve proximity, whether it’s a cheek kiss, a bow or a handshake. In a fascinating study where people meeting for the first time were recorded on video, Sobel discovered that individuals unconsciously sniff their own hands after a handshake—presumably to take in the aroma of the person they’ve just met. (Although this information has the propensity to ruin handshakes, it may make people-watching at parties and conferences all the more fascinating.)

We don’t just sniff out the identity of those around us, we can sometimes assess their anxiety levels. Law enforcement officers have long noticed that individuals arriving for an interrogation smell like their own unique selves—yet they leave smelling potently similar, after the stressful questioning. This observation suggests that there’s a signature anxiety odor humans produce when afraid that overwhelms their normal aroma. Scientists put this observation to the test and found it had merit.

When a panel of people sniffed odor pads from individuals who sweat from fear (by watching a scary film) and those that sweat normally (when watching a nature documentary), the panelists could distinguish which sweat samples were produced in fear. Militaries worldwide have an interest in capturing and sequestering anxiety odors: The concern is that if one soldier in close quarters, say in a tank, becomes afraid, the odor might spread that fear to other soldiers To date, chemists haven’t been able to pluck the fear molecule out of the collection of body odors, but they’re working on it.

Health status is another fascinating piece of information we may glean from the body odor of others, namely whether their bodies are fighting off a microbial pathogen. A team of researchers, led by Mats Olsson at Stockholm’s Karolinska Institute, injected a tiny component of the diarrhea-causing E. coli pathogen into some study subjects (with their consent). This piece of the pathogen was a protein, called endotoxin, that normally sits on the surface of the bacteria. Endotoxin alone can’t cause an infection (or it’s terrible consequences) but it does trigger our immune systems to rally the troops because they detect that something foreign is afoot.

Study subjects injected with the endotoxin were given T-shirts to wear over a few hours to capture their body odor. The subjects didn’t show any signs of being ill, nor did they feel ill, even though the researchers could measure in blood samples that their immune systems had activated Code Red. Because the endotoxin wasn’t actually attached to a pathogen, the study subjects’ immune systems eventually settled down. They were sent home, while their T-shirts were put in a freezer. The researchers repeated the same experiment some time later, except the study subjects were only injected with saline solution, and no endotoxin, so that normal body odor was collected on a different set of T-shirts.

When a panel of people smelled the collection T-shirts, panelists found the body odor of people whose immune systems had been activated by the endotoxin to be more aversive than normal body odor. It wasn’t a conscious thing; the panelists didn’t say, “oh that person smells sick.” It was an unconscious, negative response to the odor of people whose immune systems were on high alert. The take-home message is that if someone smells aversive, others may avoid being in close proximity, which is a pretty reasonable strategy for avoiding potential infections.

Given that microbial pathogens are a major human foe, it would behoove us to evolve some way to sniff out when others are sick. But since there are many pathogens, it would be inefficient—frankly impossible—to learn the smell of each and every one, especially given that new microbial threats can evolve quickly. Instead, smelling when someone’s immune system is activated could be a universal way of alerting each other that a microscopic war is afoot.

Which brings us to deodorant and antiperspirants, a $75 billion dollar industry that helps keep all our aromatic secrets to ourselves. Antisweat products work to subdue the medley of odors wafting off our bodies: deodorants kill bacteria that turn sweat into stinky odors while antiperspirants literally block our sweat pores, cutting off the sweaty buffet to bacteria responsible for turning odorless sweat into a strong pong.

When we put on products that block body odor, are we inadvertently putting on an aromatic filter—like one might do to a selfie on Instagram, to improve our image? That filter could be hiding our aromatic messages, or dialing down the volume of these dispatches, interfering with lines of communication that might tell others we are anxious, sick, destined to be a bestie, or a good choice as a procreation partner. Then again, some might argue that this odorous communication is a vestige of our evolutionary past, that it should die out as language—and/or biomedical testing—nixes the need for such aromatic cues.

I often wonder, as I put on anti-sweat products whether I am whether we are as a society, one armpit at a time, helping to facilitate the end of human odor communication. Then again, I also value discretion. In this era of rampant oversharing, deodorants and antiperspirants may be delivering a needed dose of privacy from the smelly secrets we would otherwise release into the wild.

Adapted from Sarah Everts’ new book The Joy of Sweat 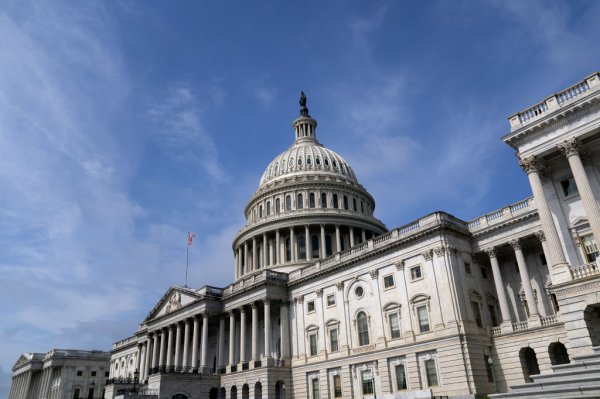 We Must Take National Action to Reduce Drug Overdoses
Next Up: Editor's Pick