Two healthcare workers in PPE look at the memorial outside the hospital. At the Reading Hospital in West Reading, Penn., Thursday evening April 8, 2021 where the Hospital held a Memorial ceremony for the 938 Berks County Residents who have died from COVID-19. Luminaries were setup for each person who died.
Ben Hasty–MediaNews Group/Reading Eagle/Getty Images
By John Tozzi / Bloomberg

Life expectancy in the United States dropped the most in more than seven decades last year as Covid-19 sent hundreds of thousands of Americans to early deaths.

The pandemic’s disproportionate toll on communities of color also widened existing gaps in life expectancy between White and Black Americans, according to estimates released by the Centers for Disease Control and Prevention.

The tally represents an extraordinarily grim accounting of an ongoing catastrophe. The first year of the pandemic delivered a bigger blow to American life expectancy than any year of the Vietnam War, the AIDS crisis or the “deaths of despair” that nudged down life expectancies in the mid-2010s.

“It’s staggering and depressing,” said Noreen Goldman, a professor of demography and public affairs at Princeton University. “The U.S. lags behind virtually all high-income countries in life expectancy, and now it’s lagging further behind.”

The pace of Covid-19 deaths dropped sharply as vaccinations spread in the first half of 2021. But it’s unclear how long it will take for life expectancy to rebound. The U.S. has recorded a total of 609,000 Covid deaths since the pandemic began. More than 43% occurred in 2021, with almost half the year still to come.

The first year of the pandemic reduced Americans’ life expectancy at birth by 1.5 years, to 77.3 years. That erased the country’s gains since 2003. It was the largest annual decline since 1943, in the middle of World War II. Goldman said that it was the second largest decline since the 1918 influenza pandemic, which is believed to have killed some 50 million people worldwide.

The 2020 pandemic decline widened the distance between the U.S. and other wealthy democracies like France, Israel, South Korea and the U.K., according to research recently published in The BMJ journal.

“This is not a decline that happened in other high-income countries, so something went terribly wrong in the U.S. where the number of Americans who died was vastly in excess of what it needed to be,” said Steven Woolf, director emeritus of the Center on Society and Health at Virginia Commonwealth University and one of the authors of the BMJ study.

Life expectancy is a statistical construct that reflects death rates in a given place and time. The CDC report describes life expectancy at birth as the “average number of years a group of infants would live if they were to experience throughout life the age-specific death rates prevailing during a period.” It isn’t meant to predict the actual lifespans that people born in that period will experience. Rather, it’s a way to compare death rates across geographies and years.

Covid accounted for three-quarters of the decline in 2020. Unintentional injuries, a category that includes record fatal drug overdoses for 2020, also dragged down the measure, as did homicides, diabetes and liver disease. The drop would have been steeper had it not been offset by fewer deaths from other factors including cancer, chronic lower respiratory disease, heart disease and suicide.

All demographic groups saw declines in life expectancy in 2020. But the drops weren’t evenly distributed. Men lost more ground than women. Hispanic Americans, who have longer life expectancies than White or Black Americans, recorded the greatest losses during Covid, with life expectancy dropping three full years, double the rate of the country as a whole.

Black Americans likewise recorded a 2.9-year loss of life expectancy. That decline widened the gap between Black people and White people in the U.S., a disparity in life expectancy that had been shrinking since the 1990s. Life expectancy for White Americans declined by 1.2 years in 2020.

“There’s no biological reason for people of a certain skin color to die at higher rates of a virus,” Woolf said, noting that the disparate impact reflects structural inequities.

Skewed representation in frontline jobs like retail, meatpacking, transport and health care, combined with higher rates of chronic conditions, put people of color both at increased risk of exposure to Covid and increased risk of dying from it, Goldman said.

Unequal access to health care, language barriers, and crowded or multigenerational housing also contributed to the virus’s disproportionate toll on Hispanic and Black populations, she said.

The estimates published by the CDC’s National Center for Health Statistics reflect death certificate data reported by states and cities. The report didn’t include data on populations of Asian Americans, American Indians, Alaskan Natives, Native Hawaiians and other Pacific Islanders.

In the 20th century, life expectancy generally increased in wealthy countries as science and sanitation helped conquer infectious diseases. In the U.S., troubling signs that the country wasn’t keeping up with other nations’ gains in the measure emerged in the 1990s. This divergence came to be known as the U.S. health disadvantage.

“The more important issue than the acute event we’re seeing right now in life expectancy is the long-term trend,” Woolf said. “That’s actually much scarier for the U.S. than what we’re reporting for 2020, as strange as that might sound.” 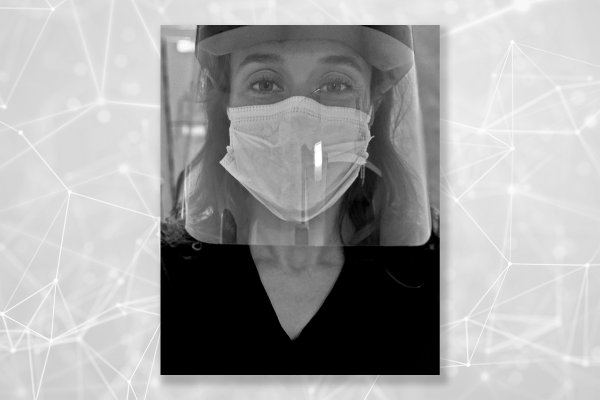 How COVID-19 Long Haulers Could Change Disability Benefits
Next Up: Editor's Pick