How Far Has America Actually Come Since the Promises of the George Floyd Protests?

We’re more than a year out from the murder of George Floyd, which sparked a summer of national protests, rallies and dialogue for an end to police brutality and for racial justice writ large. To racial justice advocates and community organizers who have been fighting for decades to address embedded racism within our systems and institutions, the national discourse seemed like an amazing opportunity to finally have our voices heard and valued, and for real, systemic change to finally come.

But how far have we actually come since the promises and solidarity of last summer? Many will point to having Harriet Tubman on the $20 bill (in likely 2030) and Juneteenth being declared a federal holiday as proof of gains made for Black Americans. There has also been statement after statement from corporations and companies promising to take stock and do better, and a new President who has made racial justice a central focus to his presidency.

These actions certainly push the conversation further, but when looking beneath the surface we have to ask ourselves, will any of this amount to real, tangible change for BIPOC communities, or are these just platitudes that give the veneer of progress, but lack true substance? Has America’s understanding of race and racism truly shifted for the betterment of people of color, specifically Black people?

A recent poll noted that while 80% of American workers think their employers should be taking action to address racial justice and equity, only 47% of them even know if their company issued a statement, let alone followed through with any continued action. The reality is, BIPOC populations continue to be underrepresented in C-Suite positions, where power and leadership to move on racial justice issues reside.

We also see a continued hesitancy to center race in discussions about economic policy, despite a year of supposed racial awakening in America. There remains a reluctance from thought leaders to analyze and call out the ways in which race plays an outsized role in economic outcomes.

For example, in a recent op-ed examining Americans’ comfortability with poverty and worker exploitation, the white author points out how the exploitation of low-paid workers is something that is inherent within the current rules of our economy, and many of us benefit from that exploitation. However, he fails to dig deeper to uncover why we are comfortable with this type of exploitation and poverty, failing to mention that low-paid workers are disproportionately Black and Latinx women. If we don’t make the connection between who these workers are and how that impacts how we treat them as a country, we are failing to truly deliver on racial and gender justice.

In another op-ed by a leading economic writer, the again a white male author, commends the U.S on a “successful economic recovery,” completely ignoring how COVID has deeply impacted BIPOC communities in both health and economic outcomes. Uplifting the U.S COVID-19 response without looking at how BIPOC and immigrant populations have fared leads us to uphold the status quo when we measure everything through a white lens. This is a form of white privilege and supremacy, to only see the world through the viewpoint of how white people are doing, and neglecting to account for how race and gender matter in America—whether we like it and are comfortable with it or not.

How far will a Juneteenth holiday take us when 25 Governors are ending Unemployment Insurance (UI), a policy decision that most certainly impacts Black and Latinx communities disproportionately due to persistent racial inequity in unemployment? Can we really claim that the U.S COVID-19 response was a success if vaccination rates remain lower for BIPOC communities, Black-owned businesses continue to struggle and recover due to systemic racism, and Congress can’t pass a voting rights bill ensuring equal access by race to our most basic democratic right?

We cannot continue to ignore race in our policy discussions and analysis. It must be front and center when we talk about the health of our economy and the state of our democracy. We can never fix what we don’t name and analyze. While it may be uncomfortable for many to acknowledge that race is a powerful force in America, it is the truth. It seemed like we were ready to lean into that last year, yet now conservative activists are leading a charge (and winning) to ban critical race theory, and some white-majority communities are reinforcing a color-blind philosophy which changes nothing. We will come out no better from the pandemic than we were before if that is the path we choose to take.

Now is the time to adopt race-conscious policies that acknowledge how anti-blackness, white supremacy and xenophobia not only existed in our history, but continue to play a role today. For instance, the new wave of Guaranteed Income pilots happening all over the country should indeed have a race and gender focus, because those things played a role in how someone was impacted by COVID. Re-writing our tax code that currently benefits the white and wealthy into one that is designed for shared prosperity is another critical step. It is also time to America put its money where its mouth is and issue reparations for Black Americans, who have been historically shut out of wealth-building for our country’s entire existence— leading to the sobering realities that a white high school dropout has more wealth than a Black college graduate and a typical white family has 10 times the net worth of their Black neighbors.

The American people deserve real action to end racial injustice in America, so policy makers and leaders now need to step up and move beyond empty words. Doing so requires nothing short of structural changes to our economy and democracy that must happen at the top. Hopefully, our politicians and policymakers will listen and follow suit, moving beyond declarations and platitudes and into concerted, race-conscious action. 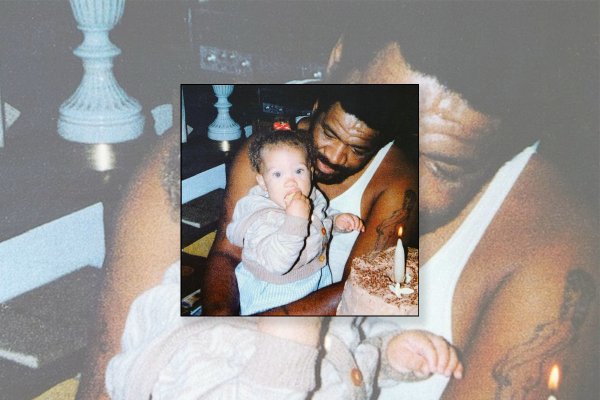 My Father's Life Was Shaped by Racism. So Was His Death
Next Up: Editor's Pick