After Decades of Offering Climate Carrots, Europe Adds a Stick In Its 'Fit for 55' Policy Roadmap

The European Union unveiled a new policy roadmap Wednesday designed to slash its emissions 55% over the next decade. The plan calls for a strengthening of the bloc’s carbon pricing scheme, increasing renewable energy use and establishing a more stringent standard to reduce emissions from cars. In unveiling a detailed package, the EU is putting its money where its mouth is and, leaders hope, sending a message to the rest of the world that the bloc will lead the world into a low-carbon future.

So with that leadership role in mind, it might come as a surprise that one of the key planks in the plan penalizes other countries Europe wants to lead. The measure slaps a tax on imported products with high-carbon content, in effect targeting countries where the governments hasn’t acted swiftly enough to reduce emissions. On the surface, it sounds like a bit of arcane wonky policymaking. The measure, known as a border carbon adjustment mechanism, has the wonkiest of names and the EU positioned it as just one small plank in a much bigger package.

But the measure signals big changes to come. The unveiling of the policy is a testament to how climate change is reshaping the world around us as it seeps into other issues once siloed like global trade. It also signals a new front in the global fight against climate change: after decades of offering carrots to encourage countries to act on climate change, the EU is turning to sticks. And climate policy experts say the EU’s policy is only the beginning.

“There’s a powerful incentive once one significant country has adopted this,” U.S. Treasury Secretary Janet Yellen told me last year before joining the Biden Administration. “This really creates an incentive for other countries to say, ‘Yeah, I want to get inside that club.’”

To understand the significance of this moment for climate policy, it’s helpful to take a look back at the history of international climate policy. For decades, international climate efforts have centered on a collaborative approach. Countries negotiated voluntary international agreements with the hope that their counterparts would sign up because it’s in everyone’s interest to fight climate change. Following the refusal of the U.S. to join the Kyoto Protocol in the early 2000s, some experts outside the U.S. began calling for a border carbon adjustment. But such efforts went nowhere: globalization and trade were sacrosanct. Former President Donald Trump disrupted that dynamic, tearing up trade norms and climate agreements at the same time. In doing so, he created a lane for policies like this to bubble up elsewhere.

Europe, where countries have spent considerable resources fighting climate change for decades, was unsurprisingly the first to take it on. Corporations located in the bloc, which has ramped up the price companies pay to emit carbon in recent years, have called for the policy, complaining that they have been left at a competitive disadvantage. The new policy is expected to start small in 2023 and then roll out over the following years. To start, the policy will apply to a limited number of carbon-intensive products, including steel, iron and cement.

“This will ensure that our climate ambition is not undermined by foreign firms subject to more lax environmental requirements,” Paolo Gentiloni, the EU’s Economy Commissioner, said in a statement Wednesday. “It will also encourage greener standards outside our borders.”

Interest in the border carbon adjustment mechanism has already begun to spread. In the U.S., President Biden included support for such a policy in his campaign platform, though the administration has since offered mixed messages about implementing such a policy. Even still, the measure has drawn the attention of Democrats and Republicans alike who view the policy as a way to stick it to China, whose manufacturing sector would likely be placed at a significant disadvantage. A report in E&E news pointed to four Republican senators who are reportedly mulling such a policy. “We believe that it is inevitable that policymakers in the United States start exploring border carbon adjustment more deeply,” says Greg Bertelsen, CEO of the Climate Leadership Council, a group that advocates for a carbon tax, and “that they started exploring the intersection of climate and trade more deeply.”

Of course, it remains to be seen how that intersection plays out over the coming years. Border carbon taxes will have to survive geopolitical wrangling and World Trade Organization scrutiny. (Ngozi Okonjo-Iweala, the new head of the WTO told me earlier this year that she doesn’t “see anything in the WTO rules that is against them.”) But as the climate issue metastasizes, expanding into other policy areas, it’s clear that trade is on the frontlines. 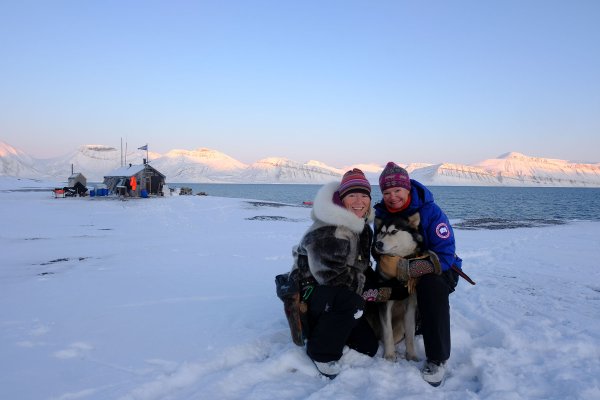 How Climate Change Science Has Changed Due to COVID-19 Restrictions
Next Up: Editor's Pick