Meet the Iranian Musician Who Keeps Risking Imprisonment for His Music

Mehdi Rajabian is considered a dangerous criminal In Iran: he’s been arrested several times, spent months in solitary confinement, and is closely monitored by the government while under house arrest. His offense? Creating music with female vocalists.

“In Iran, women can’t sing and it’s prohibited,” Rajabian explains over text message. “Prison and prohibition have caused Iranian artists to be afraid to be [on] my album, and I say they are right.”

But fear hasn’t stopped Rajabian, 31, from moving forward: This week, his second album, Coup of Gods, arrives on streaming services Friday with appearances from two female American singers, despite the fact that the Iranian government has repeatedly warned him not to release it for the past two years. Although the album may land him back in jail, Rajabian believes it is his moral and artistic duty to release it. “My opinion is that an artist must be a protester through all his or her body,” he says. “I believe in the freedom of music and the flag of freedom of music will be seen above the skies. This is the motivation to keep going.”

Music in Iran has been tightly controlled since the country’s 1979 Revolution, when Ayatollah Ruhollah Khomeini banned broadcast music and said it caused people to be “inactive and frivolous.” Since then, government entities like the Ministry of Islamic Guidance have laid out strict rules about music based on their interpretations of religious texts. While these rules are not explicitly codified, they are enforced by bureaucrats who often crack down harder on women than men. Pop music is censored; women can’t sing alone in front of non-related male spectators; dances are deemed amoral. Two years ago, the country’s Education Minister alleged that circulating videos of Iranian schoolchildren recreating a dance challenge were part of a “political plot” designed “to create anxiety among the people.”

“Very few of these rules are written down in law; much of it is arbitrary and arbitrarily enforced. So you could simply be denied a permit if you are caught producing music that violates the state’s rules or prosecuted,” Jasmin Ramsey, communications director of the Center for Human Rights in Iran, wrote in an email.

Rajabian has been the target of similar accusations for more than a decade. In 2007, he created the company Barg Music as a portal for distributing underground and alternative Iranian music. Six years later, he was arrested and accused of propaganda against the regime, blasphemy and illegal music activity. Barg Music’s records were confiscated and the office was sealed.

Upon his arrest, Rajabian was taken to Evin Prison, one of the country’s most notorious prisons, former detainees of which have reported experiencing torture, 24-hour interrogations, threats of dismemberment and being forced to eat dirt. Rajabian says he was held in solitary confinement for three months, which was brutally difficult but inspired him as a composer. “When you close your eyes for three months and you only hear sound, you just understand what the power of sound means,” he says.

Rajabian ended up back at Evin in 2016 for the online distribution of underground music, spending another two years there and only getting released after undergoing a hunger strike alongside his imprisoned brother, the filmmaker Hossein Rajabian, in order to get outside treatment for health issues. Rajabian says the treatment he received in Evin, combined with the hunger strike, greatly weakened him physically, impaired his eyesight and left him unable to play an instrument.

But Rajabian had started composing music in his head in prison and was determined to finish it. With no Iranian musicians willing to participate on the project for fear of retribution, Rajabian reached out to musicians around the world, including from the Middle East, Russia, Argentina as well as the São Paulo Symphony Orchestra.

One of those musicians was the American singer Aubrey Johnson, who Rajabian messaged on Instagram after finding her work online. Johnson would send audio files of herself improvising over Whatsapp; Rajabian would give her feedback and suggestions, and she would re-record her parts and send them back. “It was very much a trial and error collaboration—a totally new way of making music for me,” she says.

Johnson says the project took on even more of a personal meaning for her when she started teaching an Iranian student at the Berklee College of Music. “She told me she had never sung in public as a soloist her whole life. She’s basically had to risk her and her family’s safety in order to do this thing that she loves,” Johnson says. “I think making great music is a great form of protest—and I couldn’t be happier to be involved in something like this.”

Rajabian compiled clips from Johnson and others around the world while sitting on the floor of a secret basement in Sari, Iran. Using the music workstation Cubase, he weaved together the many disparate influences—including Western strings as well as Iranian instruments like the duduk and the tombak—to create an album he hopes will be unequivocally global in its nature. “I was able to remove accent, location and time from my album,” he says. “The way it’s adjusted you can’t find any geographical location.” Of the album’s title, Rajabian says that it “maybe prophesizes a coup on a specific day, or a specific time.”

That statement will surely not be endearing to Iranian officials, who have been threatening Rajabian with reimprisonment for months. Rajabian says he still has a suspended three-year sentence that he may be asked to serve at any time. When asked if he was scared of being arrested again, Rajabian replied, referring to his weakened physical condition and meager surroundings: “No, it doesn’t really matter to me anymore. You saw my situation. It could not be more astounding.”

Rajabian’s spirit has been lifted by the involvement of Harvey Mason Jr., the president and CEO of the Recording Academy, the body that hosts the Grammy Awards. Earlier this year, Rajabian wrote an email to Mason Jr. detailing everything he had been through and his hopes for his new album. “It was such a crazy story. He told me what he was working on and ultimately sent me the music. When I heard it, I was really excited: I was impressed at the craftsmanship and the creativity that went into the record,” Mason Jr. says.

Mason Jr. mastered the album and is releasing it through his label, HundredUp; there will be no formal connection between the album and the Recording Academy itself. But Rajabian hopes that the album’s proximity to the Grammys through Mason Jr. might even be able to impact his legal situation. “I am currently banned from leaving Iran,” he says. “This year I am going to try my luck for the Grammy Award, if I am a candidate for this award, surely my lawyers in Iran will follow up on my banned exit.” Mason Jr. declined to comment on Rajabian’s Grammy aspirations.

Regardless what happens with any awards, Rajabian intends for the album to convey that “no power can stop the freedom of music, even at the cost of my life… Now this is either my success or my complete destruction.” 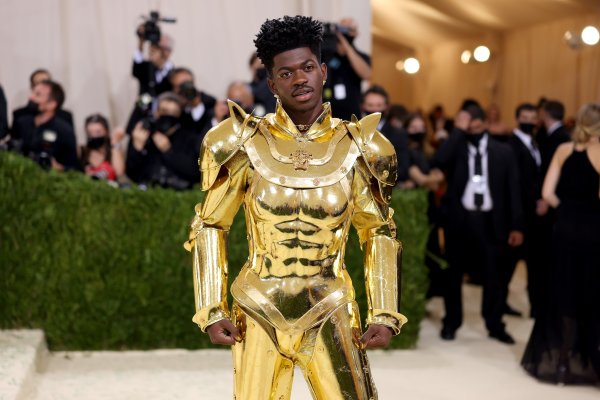