A bus involved in the deadly crash is loaded on to a truck at the scene on April 11, 2014 in Orland, California.
Elijah Nouvelage—Getty Images
By Sam Frizell

Federal officials said Sunday afternoon that a FedEx tractor-trailer was not on fire when it veered across a highway meridian and struck a bus, killing 10 people.

Investigators at the National Transportation Safety Board had initiated a probe to verify the claims of a driver who witnessed the fiery crash and had said the FedEx vehicle was on fire before it hit the bus. The NTSB also tested blood samples of the FedEx driver to see if he inhaled smoke before the collision, the Associated Press reports.

Investigators found Sunday afternoon that the truck was not already on fire.

The FedEx truck driven by Tim Evans, 32, of Elk Grove, Calif. veered across the meridian of California’s Interstate 5 before colliding with a bus carrying 48 high school students and chaperones to a college tour. Evans, along with five students, three adult chaperones and the school bus driver were killed in the crash. Dozens of other students had various injures, including burns.

Federal officials are investigating whether more fire safety measures could have prevented injuries to those on board the bus and whether there should be a barrier at Interstate 5’s meridian. 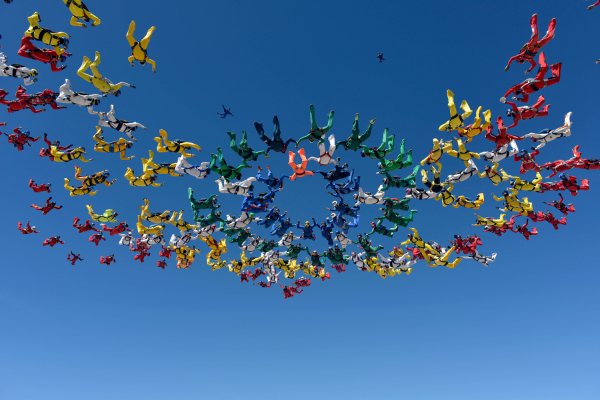 Skydiver Dies After Chute Fails in Record Attempt
Next Up: Editor's Pick