Well hello! I’m so glad you’re here. A version of this article also appeared in the It’s Not Just You newsletter. Sign up here to receive a new essay and photos every Sunday. And write to me at Susanna@Time.com. Susanna@Time.com.

There’s a subway line in New York that starts on Hillside Avenue in the borough of Queens, just a couple of minutes from Donald Trump’s childhood home. It crosses over to Manhattan by way of Central Park South, down to fancy SoHo, and then on to Brooklyn, where it heads south for dozens of stops that have names like Kings Highway, Avenue X, and Neptune Avenue. The last one is Coney Island where you exit the station onto Mermaid Avenue, which, like the rest of the city, is part whimsy, part grit.

Want more inspiration? Subscribe here to get this newsletter every weekend.

The other day I took that F-train away from Manhattan for once and went south to Brighton Beach, a neighborhood of about 78,000 people where less than thirty percent of the population was born in the U.S. What started with a wave of Russian-speaking immigrants from the former Soviet Union in the 1970s and 80s expanded to with waves from Kazakhstan and other parts of Eurasia. (This means you can find Korean-Uzbek restaurants alongside traditional Kosher spots.)

There are a few sprawling traditional restaurants like Tatiana serving caviar and crepes. But no Starbucks or Shake Shack or fried dough. Older Russian-speaking women sail by in little groups wearing bright clothes and coordinated jewelry. They take these post-prandial walks along the sea with their small grandchildren trailing behind, switching between Brooklyn Russian and English. The beauty of it all is that they are not going anywhere; they’re just strolling. On a weekday! It’s unsettling for those of us from the more frantic bits of the city.

This little excursion was an attempt to get out of my usual five block radius, and to kick a habit I like to call “find another life scrolling” which involves me sifting through global travel sites late at night, coveting lives I haven’t gotten to live in countries where I don’t speak the language. Never mind that there’s still a pandemic out there, and I’m still paying college tuition for two kids; I’ll use the hours between midnight and 2 am to figure out whether my dog would have to go into quarantine if I moved to Morocco for a year.

Sometimes I convince myself that this late-night travel scrolling is a visualization practice that will manifest in reality. But mostly, this fantasizing about other places to be, other ways to live, cultivates dissatisfaction.

And maybe there’s no better cure for that kind of FOMO than to visit with people who chose my city as their escape. Not from white-collar ennui or the languishing we all keep fretting about, but from more significant challenges.

I met a young Kazakh man who emigrated to Brighton Beach as a teen and I asked whether he was happy here. For happiness, he said, you need your family. And it helps if you can earn enough to live and the freedom to live where you want. He said he had all those things. But I wondered, don’t you yearn for a less stressful, less expensive place to live than this chaotic city? He said, yes, it costs a lot for not much here, and he’d left this community to live in another state. “I felt like an immigrant there,” he said. “When I came back here from the airport, this felt like home.”

It is maybe the ultimate gift to be at home and an immigrant at the same time.

Want more inspiration? Subscribe here to get this newsletter every weekend.

A few images from the week that was.

The Brighton Beach boardwalk just before a July thunderstorm.

Dinner at Tatiana’s on the Brighton Beach boardwalk.

The New York Aquarium is illuminated by lightning and rain. It sits between the Coney Island Midway and Brighton Beach.

Now this is a senior center I want to sign up for.

Subscribe here to receive an essay every weekend from Susanna for free. 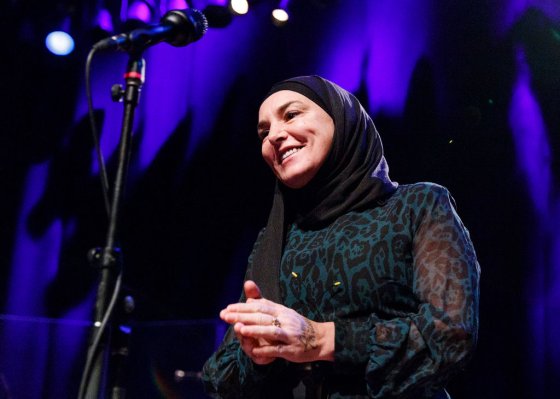 Britney Spears, Sinéad O'Connor and the Radical Act of a Haircut
Next Up: Editor's Pick