These Scientists Linked June's Heat Wave to Climate Change in 9 Days. Their Work Could Revolutionize How We Talk About Climate

Long before most people in the U.S. Pacific Northwest had woken up on June 28—the hottest day in last month’s record-breaking heat wave—European climate scientists Geert Jan van Oldenborgh and Friederike Otto were preparing to determine the connection between that deadly weather phenomenon and the broader state of the global climate.

“Friederike and I looked at each other over the Zoom,” Van Oldenborgh told Dutch newspaper NRC on July 5. “The heat wave would peak that day. We said, ‘This is so beyond the expectation of a heat wave. We must investigate this.'”

So began a nine-day round-the-clock scientific sprint, with dozens of climate researchers worldwide working in shifts to analyze the unprecedented temperatures that killed hundreds and hospitalized thousands across Oregon, Washington and Canada’s British Columbia. While it was clear that the blistering temperatures were caused by a heat dome—an atmospheric phenomenon wherein air heated by the ocean gets trapped over large areas of land—Van Oldenborgh and Otto’s team was racing to determine what role global warming played in triggering that condition. The results of that work—published on July 7, just days before another heat wave descended on the West Coast—were headlined by a disturbing conclusion: the heat wave that sent temperatures spiking to an unheard-of 116℉ in Portland, Ore. last month would have been virtually impossible without the effects of human-caused climate change.

Damaged structures are seen in Lytton, British Columbia, on July 9, 2021, after a wildfire destroyed most of the village on June 30.
Darryl Dyck—The Canadian Press/AP

A decade ago, it might have taken months for such work to be published. The ability for scientists to determine within days the role human-caused global heating played in a given weather phenomena—a complex statistical process known as “extreme event attribution,” involving enormous quantities of weather data and cutting-edge climate models—has been years in the making, though it’s recently been accelerated by improved methodology and coordination among a small group of climate researchers, including Van Oldenborgh, of the Royal Dutch Meteorological Institute, and Otto, of the University of Oxford.

For those seeking to point to big, newsworthy weather events to emphasize the need to address climate change, such speed is crucial. Being able to confidently say that a given weather disaster was caused by climate change while said event still has the world’s attention can be an enormously useful tool to convince leaders, lawmakers and others that climate change is a threat that must be addressed. But that speed hasn’t been possible until relatively recently, thanks to the work of Van Oldenborgh, Otto and others like them.

“The problem has always been [that] if you want to have a very sophisticated statistical attribution, usually you’re not going to have the answer until the event itself is out of the news cycle,” says Jonathan Overpeck, a professor of environmental education at the University of Michigan, who was not involved in Van Oldenborgh and Otto’s recent study.

The science of extreme event attribution began after a disastrous 2003 European heat wave killed at least 30,000 people over a series of blistering weeks hotter than anything recorded on the continent in 500 years. Scientists were eventually able to link the event to climate change, but those results were published more than a year after the phenomenon left the headlines. Scientists have since refined the basic methods used in that research, and in 2016 the U.S. National Academies of Science published a study of extreme event attribution that climate scientists say was pivotal in establishing confidence in the methodology. There was one problem, though: even as the science behind event attribution gained wide acceptance, it still wasn’t producing results fast enough to get attention from people outside the climate science world.

That’s changing thanks to the World Weather Attribution initiative (WWA), a global group of climate scientists led by Van Oldenborgh and Otto, which in 2014 set out to dramatically speed up the work of linking weather events to climate change. The WWA, which published the aforementioned Pacific Northwest heat wave report, has only gotten faster at its work in recent years. Maarten van Aalst, director of the Red Cross Red Crescent Climate Centre and a co-author of the July 7 report, says it’s difficult to put an exact figure on the team’s improvement, but his sense is that it does the same scientific work two or three times faster than it did just five years ago, allowing for such breakneck speeds as seen with its latest report

It’s difficult to attribute those improvements to any one factor. Better forecasts have enabled scientists to start examining extreme weather events before they reach peak intensity, then retroactively plug in numbers from observations recorded on the ground. New, more powerful computers have allowed researchers to run more detailed climate models more frequently, and scientists have developed a wider variety of climate models since the early days of extreme event attribution, more of which are tuned specifically to answer questions about extreme weather events.

“Years ago, most of the questions were still about, ‘Is the climate changing, and, if it is, are humans to blame?'” says Van Aalst. “Now we’re really interested in the questions, ‘If the climate is changing, how is it going to materialize? What sort of impacts should we be worried about? How fast is it changing? And particularly not just how the average is changing, but how are these really extreme events that hit us much harder changing?'”

Experience has made a difference as well, with the teams’ efforts becoming more seamless and coordinated over time. “It’s partly the quality of the tools and the number of tools,” Van Aalst says, explaining how the attributions have gotten faster. “But it’s particularly our fine-tuning of the process. We’ve got these steps; we know what we need to do. We know how we need to line up with each other to be able to put these pieces together.”

“The group is often made up of people across many time zones,” adds Gabriel Vecchi, a Princeton University climate scientist involved in the recent study. “You’ll see the edits in the documents to proceed with the sun as it’s day somewhere.”

The group’s findings on the recent heat wave sent ripples through the climate journalism community, shifting vague, hedging language (“likely linked to climate change”) into a more definitive and urgent framing backed up by the data—that this event would have been essentially impossible without human climate impacts. WWA scientists say they’re often able to analyze heat waves faster than other events, like hurricanes or drought, because the connection between a warming climate and localized temperature extremes is relatively straightforward, atmospherically speaking. (Attributing the catastrophic 2019-2020 Australian Bushfires to climate change, for instance, was a more complicated task, partly because the fires were driven by many different weather factors, like heat and lack of rain, each with their own relationship to the global climate.)

The report also noted other disconcerting implications of the heat wave that have made clear the importance—and sheer strangeness—of what occurred in the atmosphere over western North America last month, the period that the study covered. Namely, the Pacific Northwest heat wave was so extreme that it would be highly unlikely to occur even accounting for global warming caused by greenhouse gases, suggesting either climatory bad luck or a gap in scientific understanding of extreme heat events.

“We have to ask ourselves, ‘Are we missing something?'” says Vecchi. “It’s always possible that we were just unlucky; really, really unlucky. And it’s also possible that there is something that we still need to learn how to account for better.”

Even so, the WWA’s work represents a paradigm shift in a research world that typically runs at the months- or years-long timescales of journal publication and peer review. (The group submits its work for peer review, but publishes in pre-review form.) Facing a deepening climate crisis and continuing fossil fuel-sponsored misdirection and “greenwashing” initiatives, climate scientists may have little choice about changing the nature of their work to suit the times, both by accelerating their efforts and focusing on newsmaking and alarming events, like the recent heat wave.

“Now the studies are targeted to pick on events that are particularly important to people, and which the media might actually pay some attention to,” says Michael Oppenheimer, a Princeton climate scientist who serves on the board of Climate Central, a group that helped launch WWA. “There’s no point going through this exercise involving dozens of scientists if it’s something that you think no one’s going to care about.” 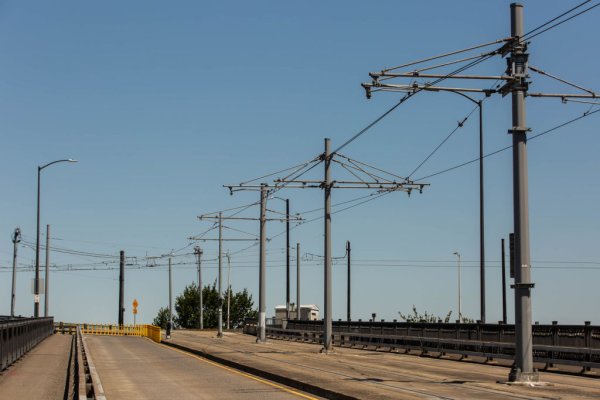