As a heatwave continues to cook the Pacific Northwest of the United States this week, heat records have fallen like dominos throughout the rest of the northern hemisphere. Even the United Nation’s World Meteorological Organization (WMO), which registers global temperature extremes, admitted that it was having trouble keeping up. “So many records have been broken that it is difficult to keep track,” the organization wrote in its latest report on exceptional heat. Seattle set an all-time record of 104°F (40°C) on June 27, then immediately broke it the next day, with a high of 107°F (41.7°C). Portland hit 112°F (44.4°C). Last Wednesday, the Canadian mountain town of Lytton broke the country’s all-time record, reaching 121.3°F (49.6 °C), a temperature I last experienced when reporting in Jacobabad, Pakistan, long considered to be one of the hottest cities on earth.

Indeed, the latest report from the European Union’s Copernicus Climate Change service, which tracks global temperatures using billions of measurements taken from around the world, confirms what we already know: June 2021 was the warmest June recorded in North America.

The fact that the hottest northern hemisphere Junes have all happened in the past six years gives us a pretty good indication of where things are going next.

As the WMO seeks to verify reports of the highest-ever temperature north of the Arctic Circle since records there began—100.4°F (38°C) in the Siberian town of Verkhoyansk—North Africa, the Middle East, eastern Europe and northern India are all experiencing temperatures significantly above average for extended periods of time.

Of course, single-day spikes, heat waves and heat domes are weather, not climate. But these early summer extremes are taking place against the backdrop of human-induced climate change. Average global temperatures are already 1.2°C higher than pre-industrial levels. “Heatwaves are becoming more frequent and intense as greenhouse gas concentrations lead to a rise in global temperatures,” says Omar Baddour, head of the WMO’s Climate Monitoring and Policy Division. “We are also noticing [that] they are starting earlier and ending later and are taking an increasing toll on human health.” Think of those extra degrees as putting weather on stilts: the temperatures go higher, and everything is less stable.

In some cases, literally.

Consistent above-average temperatures in the Russian arctic are contributing to the melting of permafrost—the year-round frozen ground that defines the region. As the once solid ground degrades into soft soil, buildings and infrastructure like roads and electrical lines start to collapse. Aleksandr Kozlov, Russia’s Minister of Natural Resources, told a minister’s council in May that more than 40% of the northern region’s buildings are starting to deform. Nearly 30% of oil and gas installations are inoperable. By 2050, Russian researchers estimate that the melting permafrost will inflict damages worth about $69 billion, about a quarter of the current Russian federal budget.

On the other side of the arctic, near Greenland, polar bears and other arctic wildlife are also starting to feel the heat. A study published last week in the journal Communications Earth & Environment finds that a formally reliable bank of sea ice in the Wandel Sea is now under threat. The region was once known to scientists as the “last ice area” for its thick, year-round plates of ice critical for the survival of polar bears, seals and walruses. But when a German research vessel reached the area during the course of an arctic transit last summer, the captain encountered wide swaths of open water in a sobering preview of ice-free arctic summers to come.

Computer modeling suggests that by the end of the century these temperature extremes will become the norm. And more heat means more deaths. The heatwave in the Pacific Northwest has already claimed hundreds of lives; a May study published in the journal Nature Climate Change found that 37% of heat-related deaths could be linked to climate change, with some scientists projecting that by 2100 the number of annual heat deaths could match those from infectious disease. But that is only if nothing is done. A 2019 study in Science Advances showed that deaths from heat waves could be substantially reduced if the world reduces its greenhouse gas emissions enough to meet the Paris climate agreement goals.

This most recent heat bomb may just provide the right incentive for policy makers and citizens to reach that goal—with a caveat: a survey of American adults conducted by the University of Michigan and Muhlenberg College in the wake of a May 2018 heat wave showed a record level of acceptance that global warming is caused by human activity. Still, a 2021 survey in the same series demonstrated that while 60% of Americans are linking record warmth to the broader effects of human-induced global warming, only 10% believe that reducing greenhouse gas emissions is the best way to combat it. 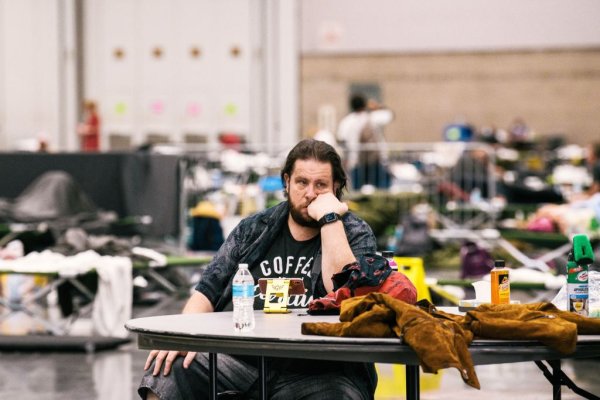 Heat Wave Is Pushing Businesses to Their Limit
Next Up: Editor's Pick