Inside Congress, Democratic lawmakers are working to make sure President Joe Biden’s proposed tax hikes on corporations and the wealthiest Americans are codified into law.

Outside Congress, some of the most powerful lawmakers’ former staff members are working to make sure they aren’t.

Former staffers to nearly two dozen Democratic lawmakers in Congress—including Senate Majority Leader Chuck Schumer and House Speaker Nancy Pelosi—are now working as lobbyists for some of the most prominent groups opposing Democrats’ proposed tax increases on corporations and wealthy Americans, according to an analysis of federal disclosure documents.

This is how Washington works. After stints on Capitol Hill, congressional staffers on both sides of the aisle frequently leverage their contacts and experience into lucrative lobbying jobs. But the dynamic underscores the uphill battle Democrats face in tackling one of the party’s core policy proposals—altering a tax code that benefits the rich—even as they control the White House and Congress and the tax hikes remain popular with their constituents, according to a Morning Consult/Politico poll from April.

Democrats have already compromised, leaving the tax increases out of the bipartisan infrastructure agreement in an effort to gain Republican support for the deal. Now Biden and Democratic leaders say they will instead include some form of the tax hikes in a subsequent reconciliation bill, which they can pass along party lines. But their razor-thin majority in Congress means every Democratic vote counts. If these lobbyists manage to convince even one of their former bosses not to vote for the increases, Biden’s policy is doomed.

“If you are a corporation and you are trying to stop these tax hikes, you know all you have to do is pick off a couple of Democrats in the Senate and stop them to put the brakes on it,” says Chuck Collins, a senior scholar at the Institute for Policy Studies and the author of The Wealth Hoarders: How Billionaires Pay Millions to Hide Trillions.

One Republican lobbyist familiar with these strategies, requesting anonymity to speak candidly, said Democrats unified control of government has presented these former staffers with a lucrative opportunity, even if it requires them to buck their party’s policies. “Being a recent former Democratic staffer at any level is a really valuable commodity right now,” says the lobbyist. “If you want to see any piece of these tax hikes go down, you’re only aiming at Democrats. How do you get at those marginal Democrats? You need people with ties to those guys.”

Business Roundtable, a nonprofit that represents over 230 CEOs of the country’s largest companies, including Amazon’s Andy Jassy and Goldman Sachs’ David Solomon, has said Biden’s proposed corporate tax increases would “make the United States uncompetitive as a place to do business and make U.S. companies uncompetitive globally.” The group spent nearly $4.3 million on lobbying in the first four months of 2021, including $3.8 million on direct lobbying and over $450,000 paid to nearly a dozen outside lobbying firms. The lobbying was for a range of issues, from education and immigration policy to infrastructure and tax reform.

Lobbyists working for Business Roundtable specifically on tax related issues include a handful of former Democratic staffers, along with Republicans. Matthew Spikes, Business Roundtable’s Senior Director of Government Relations, is a former aide to Maryland Senator Ben Cardin, who chairs the Small Business & Entrepreneurship Committee. Arsha Siddiqui, one of three lobbyists at Akin Gump who lobbied on issues related to tax proposals in American Jobs Plan on behalf of Business Roundtable, was Pelosi’s senior policy adviser and counsel from 2003 to 2009. (The other two Akin Gump lobbyists working on this issue are former aides to Republicans: Ohio Sen. Rob Portman and former Utah Sen. Orrin Hatch). And one of the five lobbyists at PriceWaterHouse Coopers advocating for Business Roundtable on tax policy is Todd Metcalf, who was formerly Oregon Sen. Ron Wyden’s chief tax counsel. (Metcalf is working alongside Senate Minority Leader Mitch McConnell’s former Deputy Chief of Staff.)

In May, Business Roundtable hired Resolution Public affairs, the government relations firm started by Heather McHugh, Schumer’s former legislative director and the former policy director for the Democratic Congressional Campaign Committee. The firm was hired to lobby on infrastructure, including the corporate tax rate, and the two lobbyists listed by name on the disclosure form are McHugh and Lea Fisher Sulkala, who was formerly chief of staff for California Congresswoman Linda Sanchez.

Akin Gump and Resolution Public Affairs did not respond to requests for comment. PriceWaterHouseCoopers declined to comment on client-related work. A representative from Business Roundtable said they had retained several of these outside firms for many years, and their work centers on a wide range of issues.

Groups lobbying on behalf of industries like private equity and hedge funds, meanwhile, are taking aim at some of Biden’s proposals to raise taxes on the wealthiest Americans, including by closing the the carried interest loophole. This provision of the tax code allows executives in these fields to have their income from carried interests taxed at a capital gains rate of 20% instead of the income tax rate of 37%. Carmencita Whonder, a former Schumer staffer, is now a lobbyist at Brownstein Hyatt Farber Schreck. Federal disclosure documents show she has lobbied this year for “issues related to the taxation of private equity investments” on behalf of Apollo Global Management, a private equity firm Brownstein has represented for decades. A representative from Brownstein did not respond to request for comment.

The American Investment Council (AIC), a trade group representing the private equity industry, spent more than $830,000 in the first three months of 2021 lobbying Congress and the White House, in part on this issue. The AIC’s in-house lobbyists working on tax policy include former aides to Reps. Karen Bass of California and Josh Gottheimer of New Jersey. In February, AIC hired Ogilvy Government Relations for lobbying on “legislation affecting the regulation of private equity including tax related issues,” according to federal disclosure documents. Those lobbyists include former aides to Pelosi and New Jersey Sen. Robert Menendez. Other external lobbyists working on behalf of AIC include Democratic fundraiser Steve Elmendorf and a former aide to Delaware Sen. Tom Carper.

None of the external lobbyists responded to requests for comment. When asked about using Democratic lobbyists to advocate against Democratic tax proposals, an AIC spokesperson said, “We are working to ensure members of Congress on both sides of the aisle understand how new tax increases will discourage investment in small businesses, renewable energy, and other important priorities.”

As proposals and frameworks give way to legislative text this summer, it will become clear if these lobbying efforts have paid off. Right now, there is broad consensus within the Democratic Party that the corporate tax rate needs to increase—although there is disagreement about by how much—and that the carried interest loophole needs to be closed. West Virginia Sen. Joe Manchin, a moderate Democrat who consequently holds outsized sway in the reconciliation process, was one of the co-sponsors of a bill introduced last spring to close it.

Still, the vast resources being put into opposing these policies has tax reform advocates on edge. “You’ve got corporate America against us,” says Frank Clemente, Executive Director of progressive group Americans for Tax Fairness. “This is a David versus Goliath fight.” 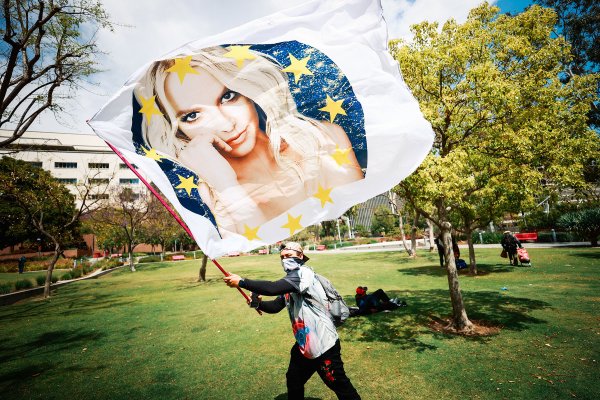