Less Than 5% of Pandemic Relief Funds for Nightlife Venues Have Been Distributed. Owners Fear the Show Might Not Go On

Jim Brunberg mortgaged his house this year—not because rates were low, but to keep his business afloat. Brunberg, 53, is the founder and co-owner of a trio of independent music venues in Portland, Oregon. His spaces—Mississippi Studios, Revolution Hall, and Polaris—have been mainstays of Portland’s indie music scene for nearly two decades, hosting acts like The Wailers, Arlo Guthrie and Old Crow Medicine Show. But since March 2020, they have been shuttered, the staff reduced to a skeleton crew and Brunberg managing to pay rent thanks to emergency “life support” grants from the Oregon government. Even as the rest of the country comes back to life and concerts kick off in other states this summer, however, Brunberg is more desperate than ever. Oregon hasn’t hit their vaccination threshold, meaning his venues must stay closed. And the funding promised by the federal government in the form of $16 billion in Shuttered Venue Operator Grants, passed and signed back in December, is still nowhere to be seen. “Now we are in deep doo doo,” he says, resigned. “It’s unbelievably frustrating.”

Brunberg is one of thousands of venue owners and operators stuck in limbo as they await the much-needed disbursement of funds. As many as 90% of the 3,000 venues represented by the National Independent Venue Association, an organization started in March 2020 to help save the country’s hodgepodge of independent venues, were on the brink of closure at the beginning of the pandemic, says Audrey Fix Schaefer, communications director and NIVA board member. Today, not much has changed. NIVA raised nearly $2 million in their “Save Our Stages” initiative with support from over 1,000 big-name artists, companies and politicians in the fall, and for a while, their efforts looked like a huge success. They even managed to garner political support for a bill that would become the Shuttered Venue Operators Grant, authored by Senators Amy Klobuchar and John Cornyn and sponsored by Senate Majority Leader Chuck Schumer, and intended just for live music and arts venues. (Unlike bars and restaurants with takeout operations, performance venues have limited alternative revenue streams and often high rental overheads for their larger spaces.)

Over six months later, the SVOG has only handed out $720 million dollars, or about 4.5% of its $16 billion budget, to 2,390 recipients according to a June 28 report released by the Small Business Administration, which is overseeing the distribution of the funds. Over 15,000 venue owners applied; on April 8, the first day that the portal opened, it crashed within hours because it could not handle the applications, Fix Schaefer says. It did not reopen until April 26. (In contrast, a similar bill for restaurants that passed in March, called the Restaurant Revitalization Fund, started releasing its $28.6 billion in April and had already closed its applications and earmarked the funding by the end of June, with a second round potentially on the way.) The SBA administrator overseeing the SVOG could not be reached for comment; a spokesperson noted that she was traveling during the final week of June. (After publication, a representative from the SBA shared that “hundreds” of staffers were tasked with reviewing applications, and the program glitches could be attributed to “inherited complexity” and “lack of flexibility” around the initiative. “The program was not afforded the flexibility to decide who runs it and was hampered by red tape forcing the agency to at times manually review dozens of documents for a single application, unlike the Restaurant Revitalization Fund, which the Administrator placed in the Office of Capital Access, and which operated more like a direct payment program,” they said.) “We can’t participate in the economic revitalization of our communities as we had hoped,” Fix Schaefer says now as the delay drags on. “This will have ramifications for years to come.”

Venues like Brunberg’s serve as economic magnets for cities and neighborhoods, often those that are overlooked. The Arts and Cultural Production Satellite Account found that the national industry generated $877.8 billion in 2017, about 4.5% of the U.S.’s GDP, employing over 5 million workers in the arts and culture sector. (The national restaurant industry, for comparison, is estimated to employ about 15 million workers this year. The projected 2020 revenue was just shy of $1 trillion, although that was hampered by COVID-19 changes.) But nightlife—especially events hosted by venues—has a ripple effect: one 2019 study in Chicago found that every $1 spent on a ticket to an art event in the central Loop neighborhood generated $12 in total economic impact. In 2019, the overall live music market brought in revenue of nearly $28.8 billion and was on a steady upward climb, according to a study from PricewaterhouseCoopers LLC; it was estimated to reach nearly $40 billion over the ensuing decade, although pandemic shutdowns have tampered with those projections. For urban vitality, too, large-scale arts institutions and music venues are critical: not only do they often revitalize neighborhoods and create economic centers where none existed, but they serve as gathering centers, social melting pots, and the birthplace of artistic acts and political movements. (Brunberg prides himself on hosting political debates at his venues, as well as shows.)

A performance at Crowbar in Tampa, Florida, 2020.
Crowbar

And while many cities—like New York, Miami and Las Vegas, where COVID restrictions have been lifted and large-scale events are returning with a vengeance—are already benefiting from the return of live music, secondary and tertiary markets like Portland remain left behind. And even though Florida lifted public gathering restrictions months ago, touring artists were not available for booking, which left venue owners like Tom DeGeorge, owner and operator of the Crowbar in Tampa, without a source of income—and no state support. Now, DeGeorge worries that places like his will get overlooked for 2021 and even 2022 or beyond as artists plan their travel and, with no booking guarantees available, decided to skip stops like his that are farther out of the way.

DeGeorge applied back in April the moment the SVOG applications opened. Two months later, his status on the site finally shifted to “pending” review, and has remained that way for two weeks now. “Stuff like this is catastrophic,” he says. As a state captain for NIVA in Florida, he receives an average of 100 emails a day from small venues around the Southeast who are at the end of their ropes waiting for funding. “I’m 47, and I feel like I just found out Santa Claus isn’t real,” he says about the experience of passing the SVOG bill and still hitting these interminable disbursement delays. “They’re meant to be emergency funds.” His frustration seeps through: “In the United States of America, how is it that small business owners can be told, You are not allowed to open up your doors, but we are not going to freeze your bills for you, you still have to pay your rent, you still have to pay your utilities, we would like to try to keep your staff on? I mean, they put all the weight on our shoulders, and then have still not made us whole yet.”

For Brunberg, though, it’s about more than just the revenue. One of the last live shows he attended was for John Prine, the famed folk crooner who passed away in April 2020 due to COVID-19. “I went with my dad, and my dad’s politically the opposite of me,” Brunberg says. “The one place where we can share common experiences was sitting together at a John Prine show listening to folk music. It was a moment that could only happen there, and my dream is that I keep being able to have those kinds of moments with people who I don’t agree with.” He continues: “I’ve always felt cheesy when I say this, but I do think that venues and music concerts are the only place where you’re going to see political opposites standing together, and at least on some level, having a human interaction. The result is empathy, and understanding on some levels. And that’s what we need more right now.” If the SVOG starts coming through, he may be in luck. Until then, though, there’s not much he can do. He’s headed to New Orleans and Florida this week to meet up with his fellow NIVA members for the first time. He expects he will cry, and then watch some live music. 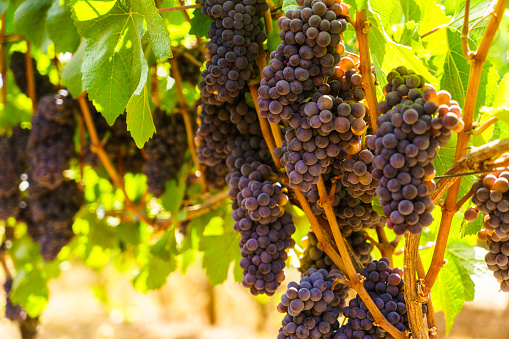 The Pacific Northwest Heat Wave Has Wineries Worried
Next Up: Editor's Pick