US President-elect Donald Trump along with his son Donald, Jr., arrive for a press conference at Trump Tower in New York, as Allen Weisselberg (C), chief financial officer of The Trump, looks on January 11, 2017.
TIMOTHY A. CLARY—AFP / Getty Images
By Greg Farrell and Patricia Hurtado / Bloomberg

The Trump Organization’s longtime chief financial officer surrendered to authorities in New York to face state tax charges after a grand jury indicted him and his employer in the first criminal case against former President Donald Trump’s company.

Allen Weisselberg, 73, went through a freight entrance to avoid cameras awaiting his arrival at District Attorney Cyrus Vance Jr.’s lower Manhattan office Thursday, one day after a grand jury indicted him and the company in an extraordinary challenge to the former president.

The exact charges he’s facing will be unsealed later in the day, but are expected to involve unpaid taxes on benefits extended to Weisselberg, according to a person familiar with the issue who asked not to be identified discussing confidential matters. Trump isn’t expected to be named in the charges, but they ratchet up the pressure on Weisselberg to cooperate against his boss.

Weisselberg’s cooperation could lead to a more expansive case against the company and raise the prospect of a historic and politically charged prosecution of a former president. With a trial unlikely before next year, Weisselberg will have months to decide whether to fight the charges or plead guilty and possibly strike a deal with prosecutors. A Trump executive for four decades, Weisselberg has unique insight into the former president’s finances and business deals.

Trump has slammed the probe by Vance, a Democrat, as politically motivated. “They will do anything to stop the MAGA movement (and me),” he said in a June 28 statement, referring to his campaign slogan to “Make America Great Again.” Former Trump senior adviser Jason Miller tweeted on Wednesday that a case against Weisselberg would be a “political disaster” for Democrats because it didn’t include Trump.

“In my more than 50 years of practice, never before have I seen the district attorney’s office target a company over employee compensation or fringe benefits,” he said in a June 25 interview. “The IRS would not, and has not, brought a case like this.”

But a number of legal experts said the charges against his CFO raised the potential legal jeopardy for Trump.

Vance’s investigation initially focused on the Trump Organization’s reimbursement, through Weisselberg’s office, of hush-money payments made by Michael Cohen, Trump’s former personal lawyer and fixer. In the run-up to the 2016 election, Cohen paid two women claiming to have had affairs with Trump.

The district attorney’s investigation has since grown into a review of the company’s dealings with a variety of outside business entities, including Deutsche Bank AG and Ladder Capital, where one of Weisselberg’s sons works. New York Attorney General Letitia James earlier this year joined the criminal probe, while also maintaining a separate civil investigation of the company’s business practices, particularly its valuation of properties.

Prosecutors have also examined an array of perks that the Trump Organization bestowed on favored employees, including Barry Weisselberg, Allen’s son, who managed Trump-run New York City properties like Wollman Rink before those concessions were revoked by Mayor Bill DeBlasio this year. He was provided a rent-free apartment in a Trump building starting in 2005, Bloomberg reported.

The Trump Organization also paid the private-school tuitions for Allen Weisselberg’s grandchildren. Such perks are usually taxable as income, and failure to report them could be a crime.

To convict the Trump Organization or Weisselberg of tax fraud, prosecutors must show they had an intent to defraud, and must prove the value of those benefits and the taxes underpaid.

“Payroll taxes are due on income,” said Susan Hoffinger, a criminal tax attorney and former prosecutor in the Manhattan District Attorney’s Office. “If those fringe benefits are considered income, they owe payroll taxes on that.” 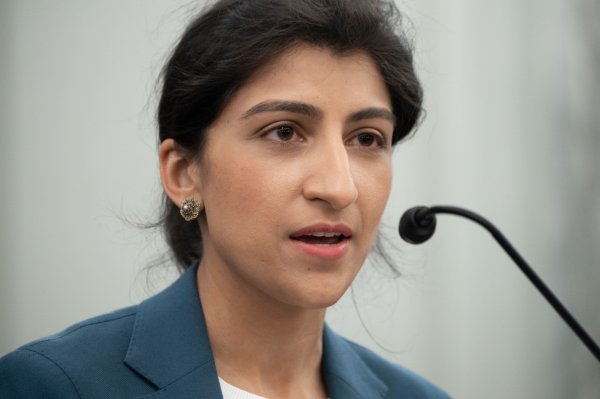 Amazon Seeks to Have FTC Chair Recused on Company Actions
Next Up: Editor's Pick