At Centenary Celebrations, Xi Jinping Says China’s Success Rests on the Communist Party. But In Reality, It’s All About Him

President Xi Jinping of China is seen on a large screen during a performance at the National Stadium in Beijing on June 28, 2021, as part of the celebrations of the 100th Anniversary of the founding of the Communist Party of China on July 1.
Noel Celis—AFP/Getty Images
By Charlie Campbell / Shanghai

It was a celebration low on introspection but thick with pageantry. Balloons were released, flags fluttered, and the socialist anthem The Internationale filled Beijing’s Tiananmen Square.

Above it all, standing on the same balcony where Mao Zedong announced the founding of the People’s Republic in 1949, Chinese President Xi Jinping marked the centenary of the ruling Communist Party (CCP) on Thursday by declaring its goal of creating a “moderately prosperous society” was now complete.

“We are now marching in confident strides toward the second centenary goal of building China into a ‘great modern socialist country’ in all respects,” Xi told the thousands-strong crowd, dressed in a dark gray suit of the high-collar cut immortalized by Mao, whose outsized portrait hung beneath his feet.

The Tiananmen Square extravaganza was the culmination of an anniversary fever that has swept China in recent weeks, as the CCP marks a century in which it led China’s transformation from collectivized penury to world’s second-biggest economy. In years past, the bedrock of the party’s narrative was rescuing China from the “century of humiliation” wrought by warlords and colonial powers. Today, those scars linger still, though under Xi the focus has turned toward the “great rejuvenation” and his trademark “China Dream.”

In Shanghai, where the CCP’s first cadre convened in red and grey brick courtyard in 1921, light shows emblazoned Shanghai’s historic Bund, while celebratory banners drape over businesses and residential complexes. The building where that first Congress took place is now a museum in the shadow of an always-crammed Starbucks. Of the 13 delegates in attendance only two would also witness the birth of the People’s Republic following the defeat of Generalissimo Chiang Kai-shek’s Nationalists 28 years later. One of them was Mao.

It’s a celebration of history that whitewashes large sections of it. The state-run China Daily’s “Key Moments from 100 Years” bears no mention of the tens of millions who starved to death in the Great Leap Forward, nor those persecuted during the Cultural Revolution. To do so might risk the Chinese population considering that, in truth, it was their remorseless toil that fueled China’s resurgence, and the idea that the Party might work best when it simply leaves people well alone.

A transformed party under Xi

It is, of course, a very different party now. Created to emancipate the proletariat by substituting feudal Chinese traditions with Marxist socialism, today’s CCP instead represents “all advanced social interests,” including a thriving cohort of industrialists and tech billionaires. Far from obliterating Chinese culture, it now spends around $10 billion annually on 500 overseas institutes dedicated to promoting it—named, no less, for Mao’s ideological archnemesis, Confucius.

Little wonder outsiders have long expected the Party to be crushed under the weight of its own contradictions. Yet under Xi it has found a new strength. He has waged a “tigers and flies” purge of over 100,000 corrupt officials, declared extreme poverty eradicated and oversaw China’s rise from “world’s factory” to the vanguard of transformative technology such as A.I. and 5G.

But the strongman also removed presidential term limits to potentially allow him to rule for life, constructed a cult of personality not seen since Mao’s Little Red Book was required reading, and unleashed what Amnesty International calls a “dystopian hellscape” of surveillance and extrajudicial incarceration in China’s far west that the U.S. and others deem genocide. “Xi Jinping’s version of the [CCP] is one increasingly focused on ever greater control over all elements of public life,” a senior State Department official tells TIME.

The party is not exclusively focused on the domestic, of course. Xi evidently subscribes to Mao’s famous belief that political power grows out of the barrel of a gun, insisting Thursday that “a strong country must have a strong military.” He has also inserted compatriots onto multilateral bodies like the U.N. and his signature $1 trillion Belt and Road Initiative—a trade and infrastructure network tracing the fabled Silk Road—has boosted Beijing’s clout as well as suspicion from many who believes neocolonial debt-trap diplomacy lies within the largesse. On Thursday, Xi acknowledged that the China now “enjoys tremendous international influence” but insisted that it “does not carry aggressive or hegemonic traits in its genes.”

Many disagree. China may be the single largest contributor to global growth but has also been recast as world’s boogieman, whose global ambitions U.S. President Joe Biden has vowed to counter at every turn “to prove democracy works.” It’s a challenge Xi addressed directly Thursday, saying no “foreign force would be allowed to bully, oppress or subjugate” his nation any longer. “Anyone who attempts to do so will find themselves on a collision course with a Great Wall of steel forged by 1.4 billion Chinese people,” he said to raucous applause.

Protesters march through the Shinjuku area of Tokyo during a protest against the Chinese Communist Party on July 1, the 100th anniversary of its founding.
Takashi Aoyama—Getty Images

The challenges of the next 100 years

That kind of rhetoric might play well at home, but overseas it risks turning China into a pariah. On Wednesday, a new Pew poll found a majority of people surveyed in 15 out of 17 nations around the world view China negatively. The origins of COVID-19, aggression against self-ruled Taiwan and in the South China Sea, not to mention dwindling freedoms in Hong Kong, Tibet and Xinjiang province, have all played their part. “The Chinese over recent years have had a pretty decent run but they are now on alert that we’re intending to reassert our leadership,” says the State Department official.

On June 22, a joint statement backed by more than 40 nations urged China to allow the U.N. human rights chief immediate access to Xinjiang. Xi’s riposte Thursday was that China would not tolerate “sanctimonious preaching from those who feel they have the right to lecture us.”

Its belligerence that doesn’t please everyone. Sung Wen-Ti, a scholar specializing in the CCP leadership at the Australian National University, says that a significant stratum of the Chinese elite, including within the CCP itself, are unhappy about the way world public opinion has turned against China. Still, “there is little sign so far that the dissent is in a sufficiently organized form to develop into meaningful opposition,” he says.

Whether dissatisfaction swells or dies will depend on Xi. On Thursday, he recognized the Party’s longevity was owed in large part to the “courage of undergoing self-reform.” Yet that willingness to examine its own orthodoxies does not seem to extend to the rights of Chinese citizens. Society is more controlled that any time in recent memory. Liberal professors at elite universities have been gagged, human rights lawyers caged. In April, judges upheld a 14-year jail term for an 20-year-old whose only crime was to disseminate a photo of Xi’s Harvard-educated daughter and her brother-in-law. Even a heartfelt essay by former premier Wen Jiabao, which called for China to be “a country that is full of justice and righteousness, where there is respect for people’s hearts, humanitarianism and humaneness,” in memory of his late mother was scrubbed from official and social media.

The ideological tightening is just one of many headwinds. Last July, Harvard Kennedy School published a survey that, while support for the party had swelled between 2003 and 2016, the dual challenges of dwindling economic growth and environment degradation may pose challenges. China also faces a rapidly aging population.

Still, Xi has big plans. Soon after he assumed the party’s top job in 2012, Xi set a deadline for completing national rejuvenation by the PRC’s own centenary in 2049. What that truly entails in the “million-dollar question,” says Sung. Some suggest ambitions might lie in reunification with Taiwan, which Xi reaffirmed Thursday as a “historic mission.” By then, of course, Xi will have left the stage—but his ripping up of the CCP’s secession protocol, and the lack of an obvious successor, promises to cause considerable angst.

“China’s success hinges on the Party,” Xi said. For now, however, the Party rests firmly on you know who. 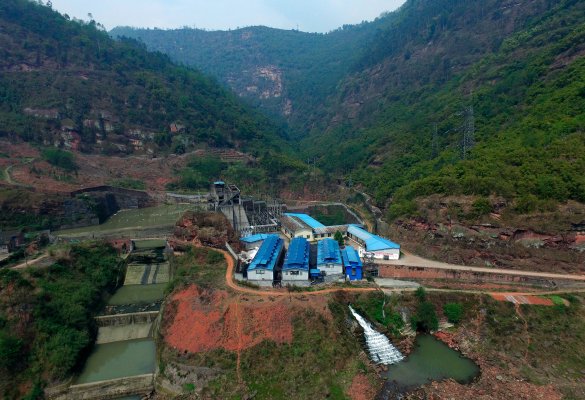