When Your Body Counts But Your Vote Does Not: How Prison Gerrymandering Distorts Political Representation

When Floyd Wilson first learned of the term “prison gerrymandering,” he’d already been incarcerated for more than 35 years. He was taking a college seminar in a prison in Graterford, Pennsylvania—the fourth of five correctional facilities he’s lived in over the decades.

Wilson grew up in Southwest Philadelphia and was sentenced to life in prison in 1976 as a juvenile for first degree murder. In every U.S. census that’s taken place since his conviction, he learned that day in class, he’s been counted not as a Philadelphian but as a resident of the county where he was then imprisoned, nearly all of which have been in rural areas hours away from his family. The practice, known as prison gerrymandering, boosts the population of regions hosting large prisons and impacts the drawing of states’ district lines. That in turn distorts political representation by redirecting power from more diverse, urban areas towards whiter, rural ones.

The impact can be drastic. Currently, Wilson is incarcerated in SCI-Phoenix in Pennsylvania’s District 150, which also includes Montgomery County’s jail. If incarcerated people were not counted as part of District 150’s population, it would lose more than roughly 5,000 people and likely be too small to meet the federal minimum requirements for a state representative, a 2019 study by Villanova University sociologists Brianna Remster and Rory Kramer found. (Democratic State Rep. Joe Webster, who represents District 150 and supports banning prison gerrymandering, tells TIME in an email that “mass incarceration is already bad policy—it shouldn’t be used to undermine the fairness of elections, too.”)

Three other districts would also be too small, Remster and Kramer’s research found; if all the prisoners in the state originally from Philadelphia—roughly a quarter of the state’s prison population as of 2019—were counted as residents of that city, it would likely gain an additional one or two majority-minority state house districts.

Wilson was incarcerated at 17; in the decades he’s spent in prison, he’s never been able to vote. His body is being counted towards a constituency he cannot actually participate in. “My reaction was, this is more of the same… the system being just crooked,” Wilson, now 64, tells TIME. “People capitalizing off of other people’s mistakes or errors.”

Inside block D at the State Correctional Institution in Phoenixville, Pennsylvania on June 1, 2018.
Lauren A. Little—Reading Eagle/Getty Images

Floyd’s 61-year-old sister, Roxanne Wilson, has long wanted to take action. “These inmates are being counted as part of a population that is not true. Period,” she says. “They lived in Philadelphia. They got sentenced in Philadelphia. And then they get shipped to a coal town, and are counted as part of [its] population… We feel this is disproportionate representation.” Wilson has spent the past 40 years advocating for criminal justice reform in Pennsylvania, raising awareness of prison gerrymandering in her community and in the state legislature.

Voting districts are drawn every ten years by state legislators or other appointed commissions based on the results of the U.S. census. As the 2020 redistricting process approaches—deadline varies per state, but some begin this summer—advocates have called for legislators across the U.S. to change how they count prisoners this cycle, arguing that if they don’t take action now, they’ll have to wait another ten years to address the long-running injustice. “Barring unusual circumstances, the districts that are drawn now will determine representation for the next decade,” says Ginger Jackson-Gleich, policy counsel with the Prison Policy Institute (PPI). “It’s absolutely imperative that we take advantage of this moment.”

Because it’s the result of a federal policy, prison gerrymandering is the default. In a 2020 report, PPI pointed out that the 2010 census counted more than 2 million people in the wrong place as a result of the practice. But in the absence of a policy change from the Census Bureau, it falls largely to states to to change their processes. Only 11 have done so, including Connecticut just last month. Those states now require redistricting officials to count incarcerated people where they lived before their conviction; Connecticut’s change that goes into effect this redistricting cycle. (A 2014 report from PPI found that after 2011 redistricting, nine Connecticut state house districts only met the federal minimum population numbers by counting prison populations.)

One common misconception about prison gerrymandering is that it impacts districts’ funding; this largely isn’t true. Most federal funding is allocated to states via block grants—and so, for these purposes, it does not make a significant difference which district an incarcerated person is counted in. Other funding programs largely “ignore prison populations,” per PPI. However, advocates still argue it unfairly shifts political power balances.

Pennsylvania’s State House Democratic Leader Joanna McClinton, who has for years been pushing the state to abolish prison gerrymandering, has put a resolution proposing to end the practice before the state’s Legislative Reapportionment Commission, which creates districts. McClinton, who is a part of the five-member commission, says she is “cautiously optimistic” that this year’s attempt will be successful, given the commission only meets once a decade and wields significant power.

Read more: Whether or Not You’re Able to Vote in Jail May Come Down to Where You’re Incarcerated

Prison gerrymandering particularly distorts political representation along racial lines, and compounds the political disenfranchisement minority communities already face due to partisan gerrymandering and census undercounts. Not only do rural communities gain power as a result, but urban majority Black and brown communities lose it. Entire communities are impacted if they are in areas with a high incarceration rate, because they’re underrepresented.

Remster and Kramer’s research found that about 264,000 people in Pennsylvania—and more than 100,000 Black Philadelphia residents alone—are now underrepresented because they live in districts from where a large number of people are incarcerated in state or county prison and jail facilities. Such warping of political power is often built upon the disproportionate number of Black and brown people housed in America’s prisons, who have to navigate a system infamous for its racism, neglect and abuse—all without the ability to elect a representative. (Only Maine and Vermont allow all prisoners to cast a ballot.)

Joaquin Gonzalez, voting rights attorney at the Texas Civil Rights Project, which published a prison gerrymandering report in April, describes its impact as “taking these individuals that cannot vote in most states and [amplifying] other people’s political power on their backs.”

Prison gerrymandering grew into an issue in the U.S. with the onset of mass incarceration starting in the 1970s, driven in part by the war on drugs and mandatory minimum sentencing. Between 1980 and 2013 the incarceration rate more than quadrupled, exacerbating the political distortion of power.

In Pennsylvania, in the over four decades Floyd Wilson has been in prison, the state’s prison population—like those across the country—has ballooned. In 1980, the state had under 10,000 state prisoners. Today, there are around 45,000.

For example, In two different North Carolina districts—located in Granville and Lumberton Counties—more than 40% of the population is made up of incarcerated people. In Illinois, nearly half of the state’s prisoners come from the Chicago area but close to 90% are counted as residents of downstate prisons, according to PPI. (Illinois banned prison gerrymandering in a bill approved by the governor earlier this year but the legislation will not have an effect until the next census in 2030.)

And in rural East Texas, if House District 8 did not count its prison population, it would lose more than 21,000 residents—which indicates that the total remaining population would fall well below the proportion legally required for a state district, per the Texas Civil Rights Project report. Both Harris County (home to Houston) and Dallas County would also likely have at least one extra state House seat if they counted incarcerated people at home, says Gonzalez, who authored the report—seats that’d be more likely to lean Democratic given their voting trends in recent elections.

The fight to abolish prison gerrymandering

In the last decade, lawmakers have started to take notice of the direct impact the practice can have on political power and take action.

In the long term, advocates say the most effective way to address the issue is at the federal level, and for the U.S. Census Bureau to count incarcerated people as living at their last known residence before incarceration. The current version of the For The People Act, the sweeping voting rights bill stalled in Congress, would do just that for the next redistricting cycle. (The Census Bureau has already been made aware of widespread criticism, accepting 77,000 comments in support of a more equal redistribution of counting prisoners in 2020.) But even if the census does change its process, it would be too late to impact the 2020 redistricting process on a national level.

So the issue falls to the states, where advocates are racing to ensure prisoners are counted according to their last residence as redistricting begins. In some states it’s too late to change this redistricting cycle through the legislative process. Jackson-Gleich of PPI argues that one of the only remaining solutions is to ensure redistricting officials “don’t dump all the prisons in one district.” Until prisoners are counted at their last known residence, she says, the best thing that city, county and other local authorities can do is remove prisoners from tallies that are determining legislative districts. These entities could remove correctional populations from the redistricting data before drawing up their districts.

“[That] sounds a little scary to people,” says Jackson-Gleich. “But because those people in those prisons have no constituent relationship with those elected officials, the best thing for them to do is just to take the prison population out and redistrict among the people who really are constituents.”

Critics point out that even if incarcerated people lack the right to vote, that does not mean they and their communities deserve lesser representation. “Representation is about having someone in government to whom you can address your problems, your concerns, and your hopes for the future. You don’t give those away when you are incarcerated,” says Rory Kramer, the Villanova University sociologist.

Roxanne Wilson tells TIME that she thinks another solution could be allowing incarcerated people to vote, including for the representatives of the district where they’re currently being counted. “If you’re going to elect representatives based on the population of inmates, then they should be allowed to have a say,” she argues.

Floyd Wilson also supports the idea, but is doubtful incarcerated people will ever get access to the ballot. He says a more feasible fix could be to have state representatives visit and listen to the incarcerated people in their district. He sits on the Board of Lifers, a collection of five men who aim to represent the roughly 5,000 prisoners currently serving life sentences in Pennsylvania. He’s been on the board for years, and says that while he’s repeatedly tried to have their state representatives come and speak, he’s had little success. “If we’re going to be your constituents, come in and talk to us,” he says.

In addition, he thinks it must fall to people outside of prison to learn about the issue and take action. “People have to be aware of this kind of thing, he says. “And like anything else, vote on it.” 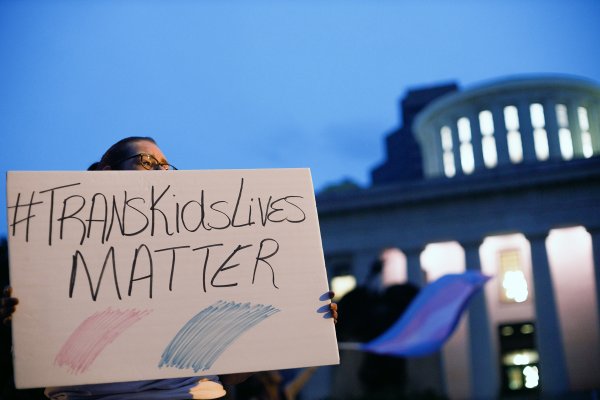