The two sides will establish working groups to discuss topics including labor rights and intellectual property, the Office of the U.S. Trade Representative said in a statement following Wednesday’s meeting in Taipei.

Taiwan’s chief trade negotiator John Deng said the meeting was an important step toward eventually signing a full trade deal with the U.S., though that will take time. “A deal cannot happen in just a single meeting,” he said at a briefing. “There will be a lot of conversations going forward.”

A bilateral trade deal would be a coup for President Tsai Ing-wen. While much of Taiwan’s exports to the U.S. are already tariff-free, an agreement with Washington might provide political cover for similar deals with nations that want to boost ties but are wary of a backlash from China, which claims the island as its territory.

That the talks happened so early in U.S. President Joe Biden’s term is a significant indication of how far U.S.-Taiwan and cross-Strait relations have shifted over the past five years, according to Christian Castro, a former director of the State Department’s Taiwan Policy Office.

“The last time TIFA talks were held in 2016, there was still an innate caution underlying U.S. policy towards Taiwan, but the trajectory has clearly changed,” he said. “The TIFA relaunch makes clear that President Biden’s team has accepted the need to continue enhancing U.S.-Taiwan ties along the lines started under the previous administration and give the strengthened relationship as much substantive heft as possible.”

Taiwan only has trade deals with New Zealand and Singapore, signed during a temporary thawing of ties between Taipei and Beijing. The U.S. had held talks with Taiwan regularly since 1994 as way to iron out bilateral trade and investment issues, but they were suspended during the administration of former President Donald Trump.

Taiwan’s refusal to lift a ban on imports of pork products containing the feed additive ractopamine and the White House’s focus on a trade deal with China were widely seen as the reasons those talks were halted. ​The lack of the meetings over the past few years has held back progress in areas such as the restrictions on U.S. meat imports, according to the American Chamber of Commerce in Taiwan’s 2021 white paper.

While Tsai eased curbs on ractopamine last year, opposition groups have organized a referendum scheduled for August on whether the government should reimpose the ban on food-safety grounds.

The U.S. touched on the matter in its statement Wednesday, saying the two sides had agreed to “intensify engagement” on outstanding trade concerns, including market access barriers facing U.S. beef and pork producers.

The referendum is a potential roadblock to future trade talks, Castro said.

“The issue has derailed U.S.-Taiwan trade talks in the past under both Democratic and Republican administrations,” he said. “President Tsai Ing-wen’s policy initiatives in this area are significant and welcome, but it’s hard to imagine major progress towards a larger bilateral trade agreement if this issue isn’t firmly resolved.”

Beyond planned regular talks, officials provided little detail on how the two sides will collaborate on the supply of chips.

Taiwan Semiconductor Manufacturing Co. said earlier this month that construction of its new chip-making fab in Arizona was “well underway.” The company has pledged to spend $12 billion over the coming decade building and operating the plant.

“In the past, the U.S. would just come in and just demand that we do things,” Deng said in Wednesday’s briefing. “The biggest difference in today’s meeting was that both sides come with a more collaborative spirit.” 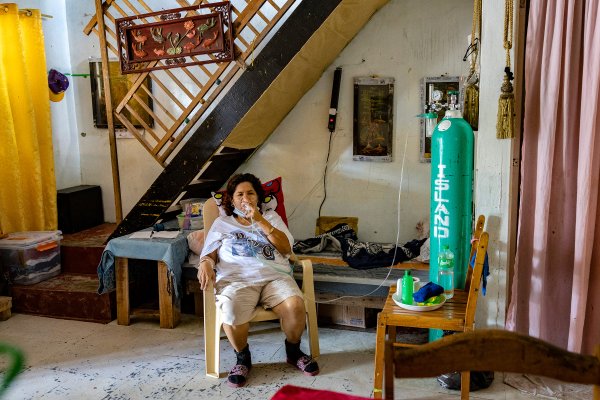 Medical Populism Hasn't Protected the Philippines from COVID
Next Up: Editor's Pick