What We Learned About Relationships During the Pandemic

Illustration by Hadley Hooper for TIME
By Belinda Luscombe

The pseudo-scientific formula that explains most human bonding is basically time + affection + togetherness = relationship. So what happens to humans and their interconnectedness when two of the key elements—time and togetherness—are removed or increased? Can digital communication replace human to human contact? How do couples cope with stressful events they have never before encountered? This is the focus of a series of studies published in the Journal of Social and Personal Relationships, which has dedicated several special issues to relationships in the time of COVID-19.

“When COVID hit it became clear to me that… it would be really important for us to provide a space for relationship science to showcase their work,” says Pamela Lannutti, the director of the Center for Human Sexuality Studies at Widener University in Chester, Penn., and one of the editors of the series of issues. So the journal put out a call for researchers who had begun research on what relationships were like in this unique set of circumstances and the studies flooded in.

Some of the results were obvious: health workers needed supportive spouses during this time, digital communication with friends helped with loneliness and college couples who were dating grew apart when they couldn’t see each other. Others were a little more surprising. Here’s what we’ve learned so far.

Gender roles in the home got more, not less, defined.

A study out of New Zealand found that during the stay-at-home measures, with people working from home and schools closed, each partner in heterosexual relationships had to take on more responsibilities around the house. But women took on many more. While both men and women recognized the situation was imbalanced, it only led to relationship dissatisfaction among the women, unless the men were doing a lot of childcare. That is, the men could see the burden was being unevenly carried, but it didn’t bother them. “There’s definitely a shift back towards traditional gender roles in ways that perhaps weren’t there before COVID,” says Lannutti. “Here’s something that came along and just shook up society in this really unexpected and really quick way. And still those gender roles were so powerful.”

Using a multinational survey of almost 700 single people, most of them female, a group of researchers from across the globe found that single people were more interested in finding a partner if they were more concerned about COVID-19. The researchers expected single people to lower their standards given the exigent circumstances. They did not. Not even about looks. “They still cared about physical attractiveness,” says the journal’s co-editor, Jennifer Bevan, a professor of communication at Chapman University in Orange, California, “which I thought was such an interesting element.”

Getting together via video took off during the early days of lockdown, with workplaces and families having to quickly adjust to meeting over Zoom, Google meetings, Bluejeans or other digital platforms. A Utah State university study found that those who had difficulty adjusting to this form of communication were more likely to violate social distancing protocols and pleas to avoid gatherings, in order to see other humans. “The need for connection overrides what’s happening at that moment, which is a scary thought,” says Bevan. “How do we kind of override the need for connection? I know it’s really difficult to do.”

Same sex couples who avoided fighting were less happy than those who voiced their complaints.

In a study of LGBTQ couples, those who refrained from complaining about their relationships when something was wrong had less satisfying relationships, suffered more anxiety and depression, and leaned more heavily on substance use during COVID-19. Their dissatisfaction with their relationships was also worse if they were people of color or had higher internalized homophobia. The researchers noted that one fifth of the participants in the study had decided to move in together because of the pandemic—which paradoxically had made them less anxious while also making the relationship less stable. “We recommend same-sex couples to actively discuss their moving in decisions,” the researchers suggested, “rather than rushing to cohabit without adequate considerations.”

When people can’t meet in person, even fictional characters and celebrities feel like friends.

The lockdown proved to be a bumper time for what researchers call “parasocial relationships,” that is, relationships with folks who don’t know you, but with whom you form an attachment. Because of the isolation and the direct access people had to celebrities via social media as well as via streaming platforms, many people became much more attentive to their favored celebrities. The study found that people maintained stable relationships with friends as the social distancing measures went on, but felt much closer to the celebrities they followed. The editors theorized this closeness might partly be the result of people consuming a lot more content in their homes, through their personal devices. “It‘s not the same as going to an arena and seeing the concert. They’re sitting at their house,” says Bevan, who acknowledged that Taylor Swift helped get her through some hard days. “It makes that experience a lot different.” These can be famous people, or even fictional characters.

Read More: Bennifer 2.0 Got You Pining for Your Ex? Therapists Say Forget It

These 5 resilience-building habits seemed to help couples soldier on.

“A problem a lot of couples can face during times of hardship or crisis is relational uncertainty—meaning they aren’t sure how committed they or their partners are or where the relationship is going,” says Helen Lillie, a post-doctoral Fellow at the University of Utah. According to the school of relationship science known as Communication Theory of Resilience, couples who focus on five habits can weather hard times more easily. The five techniques are: maintaining some semblance of normalcy with their routines, talking to their spouse as well as sympathetic others about their concerns, reminding themselves of who they are and what they believe, reframing their situation in a more positive or different way and focusing on how good things will be when the crisis is over. Lillie’s study surveyed 561 people to ascertain whether couples who used those strategies were getting on with their partners better during the pandemic, and found that they did. The study also found humor helped couples cope with the lockdown, although it didn’t always improve couple communication. 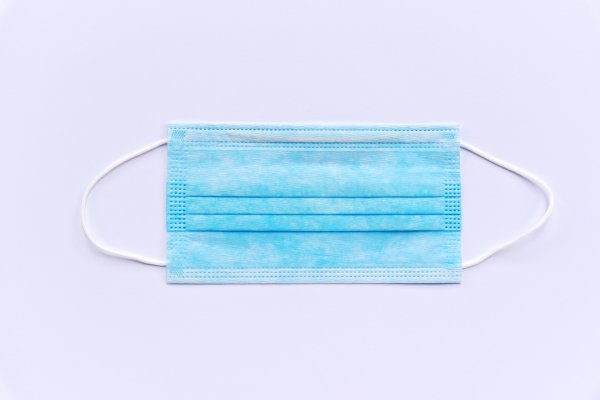 How the Delta Variant Affects Whether You Should Wear a Mask
Next Up: Editor's Pick