Settled into a comfortable married life in Didsbury, then a leafy part of Manchester, Emily Williamson held a succession of afternoon teas in 1889. Yet, while serving tea and fruitcake in her drawing room filled with ladies, Williamson, by all accounts a gentle and compassionate person, would become furious.

Her purpose in these afternoon teas was to tell her society guests about the worldwide carnage of birds that provided every fashionable lady with hats flowing with ostrich and egret plumes, entire birds of paradise or sets of tiny, jewel-colored hummingbirds, each wired separately so that they bobbed about as their wearer walked.

In the late 19th century, London was the epicenter of the world feather trade, its docks receiving huge quantities of bird skins, heads, wings and an enormous array of feathers. Sales attracted international buyers. The trade was worth £20 million a year (around £2.5 billion today) and at least 200 million birds were being killed every year worldwide.

In 1887 a single London dealer handled two million egret skins, sought for their long and airy breeding plumes. Trinidad alone exported 15,000 hummingbirds a week in the 1800s. At just one London sale in 1911 there were nearly 25,000 hummingbird skins, over 6,000 birds of paradise, 2,600 eagle skins and over 6,000 ounces of egret plumes, among other feathers. The only surviving remnant of this trade today is the former premises of feather merchants H. Bestimt and Co Ltd in Hoxton in London’s East End.

British birds were being slaughtered, too, including seashore-nesting terns and sea cliff-nesting kittiwakes. Great crested grebes, elegant and common waterbirds, develop a corolla of elongated black and chestnut feathers around their head and neck when breeding. Known to milliners as “tippit,” these ear-like frills became fashionable for hat decor. So popular were they that soon just 42 breeding pairs survived.

As a result of her afternoon tea meetings, Williamson co-founded the Society for the Protection of Birds (SPB). A letter of 1890 to Punch magazine fired up that publication’s enthusiasm for her cause; its editorials argued that giving up feathers was far from “a severe, self denying ordnance” for ladies. But by no means everyone was supportive. Williamson had failed in her attempt to join the British Ornithologists’ Union (BOU), then a bastion of exclusive male membership, which held that women could not be serious ornithologists. And, while Punch might have supported Williamson’s cause, most publications were critical. The editor of the journal Nature Notes wrote in 1891 that:

Despite this, within six months the SPB had 5,000 members, a number that doubled by 1893. It was sending out more than 15,000 letters and 50,000 leaflets annually. The long-established Royal Society for the Prevention of Cruelty to Animals (RSPCA) commented that it was growing laterally, like a branching taproot.

By the autumn of 1892 it seemed they had achieved some success; while hats adorned with birds and feathers were still on sale, they were no longer in every milliner’s shop. But the SPB needed to address another issue. Most influential ornithologists in Britain were male and the plumage trade, the fashion industry and the press were all still run by men. Yet the SPB, despite its growing numbers, had few men as members. The solution was to invite influential men to join the SPB as “Life Associates” — and many did.

By 1899 membership had reached 20,000 and that year Queen Victoria — who disliked cruelty towards animals — confirmed an order to prohibit the wearing of egret feather sprays by her military; they were replaced with farmed ostrich feathers.

Despite these small victories, by the 20th century the SPB’s campaigning had still not reduced substantially the demand for feathers, while its membership growth had leveled off. With limited political success, the SPB decided it should direct its energies instead to getting royal support for a ban: the SPB became the “Royal” SPB — the RSPB, as it still is — on receipt in 1904 of a royal charter from Edward VII.

Most British birds were already protected by a series of Acts, admittedly piecemeal, passed in the late 19th and early 20th centuries. Perhaps more importantly, as the SPB prospered, public attitudes increasingly supported birds’ protection, with the exception of the more edible species.

In 1906 Queen Alexandra wrote to the society expressing her disapproval at the wearing of plumes. A fashion leader, a pin-up of the day and extremely popular, Alexandra’s support proved a substantial boost to gaining parliamentary influence. Yet advances continued to face resistance. Every argument put forward by conservationists for a ban was opposed by the millinery trade and its supporters, who claimed that such impacts were wrong — and that the birds would have died anyway.

“Special pleading was employed by the plumage trade,” argues the historian Richard Moore-Colyer:

There was a further setback in 1912, the peak year for shop window-breaking by British suffragettes. There was public uproar and concerns over feathers and bird skins seemed politically inconsequential in comparison. The leadership of the RSPB was furious with the suffragettes — who it already opposed — and even more so with the government’s inaction.

Real political progress finally came in 1920, when Colonel Sir Charles Yate introduced a plumage bill in the House of Commons. It was defeated, but in July 1921 the Importation of Plumage (Prohibition) Act was passed by Parliament. It became law the following year, 33 years after Williamson’s original initiative. A few species, including farmed ostriches and eider ducks, whose feathers were used in bedding, were exempted, a fraction of those the millinery trade had pressed for. The Act prevented the importation into Britain of feathers, bird skins and bird parts. With London the center of the international trade, the Act was a mortal blow.

Despite her role, Williamson has been largely forgotten. It is only in recent years, after much prompting, that the RSPB has paid sufficient attention to its female founders. Williamson’s drive, determination — and afternoon teas — ended a multi-million-pound global trade and put bird conservation on Britain’s political map, where it has remained ever since. 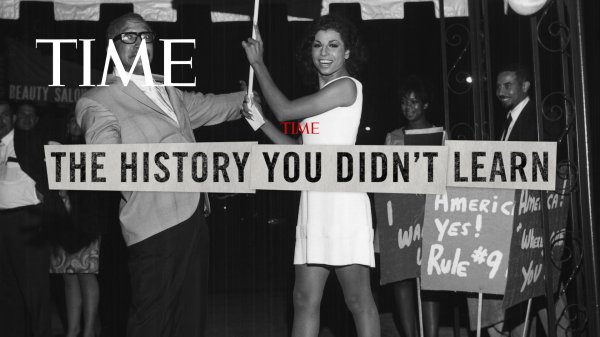 How One Drag Performer's Overlooked Activism Helped Lay the Groundwork for Today's Fight for Transgender Rights
Next Up: Editor's Pick