The U.S. Supreme Court declined to hear an appeal on Monday to a circuit court ruling that required a Virginia school to let a transgender student use the bathroom corresponding with his gender identity. The decision delivers a major win for Grimm as well as LGBTQ advocates that have decried bathroom bans and other anti-trans policies that have sprung up across the U.S. this year, many of which target trans youth.

The case began in 2015 when Gavin Grimm, a then-16-year-old transgender teen, sued his public high school over a policy that prevented him from using the boys restroom, instead directing him to use a unisex one. With the backing of the ACLU, Grimm’s suit alleged the policy violated the Equal Protection Clause of the 14th Amendment and Title IX, which prohibits sex discrimination in schools.

The Obama-era Justice Department supported Grimm’s position, and in 2016 the 4th U.S. Circuit Court of Appeals ruled in his favor. The school board appealed, and the Supreme Court agreed to take up the case in 2017. But later that year the Trump Administration revoked an Obama-era directive to schools to not discriminate on the basis of gender identity, so SCOTUS then sent the case back to the 4th Circuit to reevaluate. The 4th Circuit ruled in Grimm’s favor again in 2020, and the school board once again appealed. But to no avail: the Supreme Court declined to hear that appeal, leaving in place the 4th Circuit’s ruling and handing Grimm one last and final win.

While the court did not offer reasoning in its order, Justices Samuel Alito and Clarence Thomas dissented, signaling they would have taken up the case.

Read more: I’m a Transgender Boy and I Should Be Able to Use the Restroom in Peace

“I am glad that my years-long fight to have my school see me for who I am is over,” said Grimm in a statement. “Being forced to use the nurse’s room, a private bathroom, and the girl’s room was humiliating for me, and having to go to out-of-the-way bathrooms severely interfered with my education. Trans youth deserve to use the bathroom in peace without being humiliated and stigmatized by their own school boards and elected officials.”

“This is an incredible victory for Gavin and for transgender students around the country,” said Josh Block, a senior staff attorney with the American Civil Liberties Union (ACLU) LGBTQ & HIV Project, in a statement. “Our work is not yet done, and the ACLU is continuing to fight against anti-trans laws targeting trans youth in states around the country.”

Douglas NeJaime, a professor of law at Yale Law School, tells TIME that in some ways the order is not surprising because “the logic follows” from 2020’s Bostock v. Clayton County case, in which the Supreme Court ruled that firing individuals for being gay or transgender violates Title VII’s ban on sex discrimination. “The reasoning in that opinion would apply to a range of federal laws that prohibit sex discrimination, including in education,” he explains.

“Courts across the country will take note of Gavin Grimm’s decision, and decisions in appellate and district courts around the country that have consistently ruled in favor of transgender students,” says Paul Castillo, counsel and students’ rights strategist at Lambda Legal, an LGBTQ legal advocacy organization. (The 4th Circuit’s ruling will apply to school policy in states in the mid-Atlantic, including Maryland and Virginia, but the issue remains unsettled nationwide.)

The order also comes weeks after the Biden Administration reversed a Trump-era policy on June 16, issuing a letter announcing the Department of Education interprets federal protections against sex discrimination to include protections of LGBTQ students.

“The Supreme Court has upheld the right for LGBTQ+ people to live and work without fear of harassment, exclusion, and discrimination – and our LGBTQ+ students have the same rights and deserve the same protections,” said U.S. Secretary of Education Miguel Cardona, in a statement that same day, adding that the “Department makes clear that all students—including LGBTQ+ students—deserve the opportunity to learn and thrive in schools that are free from discrimination.” 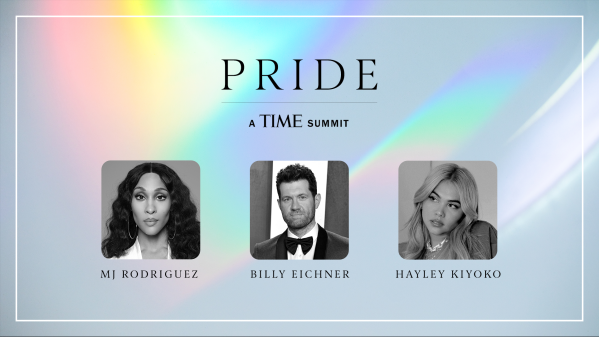 Watch PRIDE: A TIME Summit
Next Up: Editor's Pick