England vs Germany Offers End to 25 Years of Hurt for One Man, and a Nation

Marcus Rashford of England controls the ball during the UEFA Euro 2020 Championship Group D match between England and Croatia at Wembley Stadium in London, on June 13, 2021.
Vincent Mignott—DeFodi Images/Getty Images
By Dan Stewart

Most English people of a certain age and disposition can remember where they were on the evening of June 26, 1996: perched on the edge of their seat in front of a television set, watching England play Germany in the semi-finals of the UEFA European Soccer Championship.

It was the height of the Britpop era. Later that summer, Oasis would play a pair of concerts to 250,000 people in Knebworth House, Hertfordshire (I was one of them, aged 16). That July, the Spice Girls released their single ‘Wannabe’ in the UK and unleashed Girl Power on the world. The musty Conservative Party of Margaret Thatcher was in decline, to be replaced the following year by the sterile charm of Tony Blair and his New Labour project.

But on this day football was coming home. England, hosting the tournament and playing on its home turf of Wembley Stadium, had been given the chance to break a thirty-year streak without an international trophy against its fiercest rival: Germany. Since beating West Germany in the World Cup final in 1966, England had been knocked out of the tournament by its rival twice — once in 1970, and again in 1990. Here was a chance for revenge.

The tabloids swelled with jingoistic fervor straying into xenophobia — one, The Daily Mirror, mocked up members of the England team as WW2 soldiers under the headline “ACHTUNG! SURRENDER! For you Fritz, ze Euro 96 Championship is over.” The editor, a 31-year-old Piers Morgan, apologized to anyone the paper had offended, and humbly canceled plans to drive a tank to the Germany Embassy.

The game ended in a tie, and went to a penalty shootout. The five named penalty takers on each team found the back of the net. Then up stepped a young defender, Gareth Southgate, to take the sixth penalty. He shot, yet he did not score, and for a brief instant became the most hated man in England. Images of his horrorstruck face remain the iconic image of the night. Germany went on to win the shootout, the game and the tournament.

For some of us, the pain of Euro 96 has not gone away. To this day, English fans sing the tournament anthem “Three Lions on a Shirt (Football’s Coming Home)” on the terraces and in the pubs. The sporting rivalry with Germany also lingers, after the Germans knocked England out of the World Cup once again in 2010. Southgate, at least, managed to recover. He appeared in a Pizza Hut commercial later that year poking fun at his infamy, and after retiring as a player went on to become a successful manager.

Now Southgate has a chance at redemption, as the team he manages today — England — on Tuesday faces its old rivals in the round of 16, a quarter century and three days after his penalty miss.

On paper, the matchup looks to favor England. Germany is a team in transition, and scraped through the tournament’s group stage after losing to France and cobbling together a tie with Hungary. England’s young team reached the World Cup semifinal under Southgate in 2018, and while The Three Lions have not dazzled so far in this tournament, they have also not yet conceded a goal. As Nick Ames observed in The Guardian, the traditional qualities of each team are reversed; this year, it’s an unflashy yet stable England vs a disordered, mercurial Germany.

But crunch matches frequently defy statistics, as the ability to cope under the weight of expectation becomes just as important as skill and experience. The stakes of historic rivalries like this one can do funny things to a player’s brain. They can also meddle with a nation’s psyche.

As the tabloid headlines of 1996 illustrated, this specific bilateral relationship taps into the dominant nationalistic impulse of a certain kind of English person — the famed “Dunkirk spirit” of World War II, where our grandparents and great-grandparents kept fighting against improbable odds, and came out on top. Listen to the chants on Tuesday night, and you might yet hear “Two world wars and one world cup, doo-dah doo-dah” (to the tune of Camptown Races).

But on this island, Germany these days is the avatar not of fascism run amok but the stifling bureaucracy of the European project the U.K. voted to leave in 2016, almost exactly five years ago. As the European Union’s foremost champion, German Chancellor Angela Merkel is a particular target of the pro-Brexit press, and its readers.

Just ahead of the match, Merkel’s recommendation that Brits not be allowed to travel to the E.U. this summer amid rising cases of the COVID-19 Delta variant received plenty of furious denunciation by the media. (HERR WE GO AGAIN, fumed The Sun). One joke doing the rounds suggests that if football really is coming home, it will need to quarantine for 14 days upon arrival.

Defeat for Germany, then, would come with a side order of schadenfreude from Brexit-loving middle Englanders. But it’s worth considering what has changed since 1996, especially the more vibrant, less homogenous home football might be returning to. Today, about 14% of the U.K. population are immigrants, up from just under 8% twenty-five years ago. The England squad of 22 in 1996 had three people of color; in 2020, the squad of 30 had 11 members from the BAME community.

Racism is still a problem in the game, as it is in the country — but now, the team is committed to raising awareness of it, by taking the knee before kickoff (to the horror of the core Brexit-voting demographic). For these young players, and for many of their supporters of the same age, the political dimension of the contest between England vs Germany is far less important than the political dimension of competing, full stop.

The personal stakes may also be less high. When Gareth Southgate missed his penalty, England striker Marcus Rashford was still 18 months away from being born. Having a young squad unaware of the burden of history “can be a positive thing,” vice-captain Jordan Henderson told the media last week. “A lot of these lads just go out and play, enjoy the game, play with no fear. That’s what they need to do again.”

It will be left to those of us of a certain age, who remember the frenzy of that summer a generation ago, to wait for redemption — and watch for the look that passes over Gareth Southgate’s face when the final whistle blows. 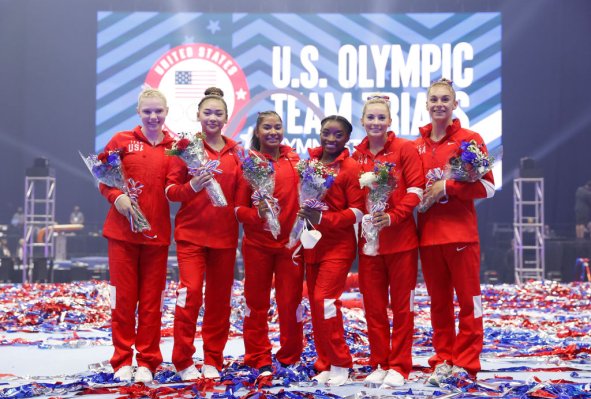