On June 25, 2021—in celebration of Pride Month—TIME hosted its second-annual virtual Pride Summit, convening leaders, activists and artists to share their insights on identity and creativity, as well as the path toward equality for all members of the LGBTQ+ community.

“Pride Month is a time for celebrating love and being your true authentic self,” said Lola Ogunnaike, host of TIME’s virtual conversation series TIME100 Talks, as the summit kicked off. “It’s also a time of reflection and education and, for many, an opportunity to recommit to the pursuit of a more equal and more inclusive society.”

As part of the summit, Ogunnaike spoke to playwright Jeremy O. Harris and comedian Joel Kim Booster about taking artistic risks that lead to groundbreaking work. Also during the event, she spoke with actor and singer Mj Rodriguez about the impact of her recent work, from the critically-acclaimed series Pose to her new song, “Something to Say.” Comedian Billy Eichner and author Casey McQuiston discussed the power of centering LGBTQ love stories in romantic comedies during a conversation moderated by TIME news editor Alex Rees. Activist Janaya Future Khan shared their perspective on the essential nature of intersectionality in an interview with staff writer Cady Lang, and director Lee Daniels spoke to staff writer Raisa Bruner about making films with an eye for impact. And, in an interview with TIME Washington Correspondent Phillip Elliot, Reps. Sharice Davids and Mondaire Jones, both Democrats and co-chairs of the Congressional LGBTQ+ Equality Caucus, weighed in on being a part of the queerest Congress ever.

The summit also featured powerful opening and closing performances from performing artists Hayley Kiyoko and Daya, who shared renditions of their songs “Chance” and “The Difference,” respectively. 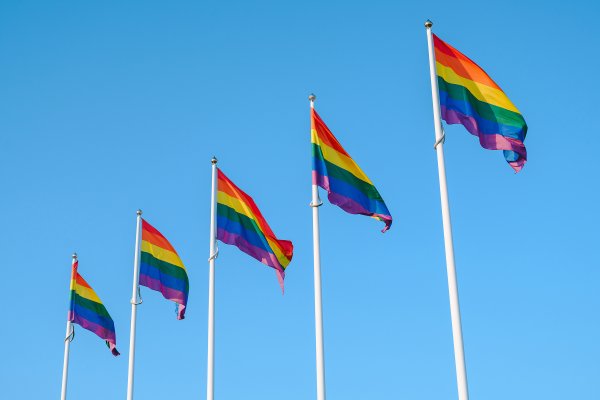 How Biden Can Make the U.S. a Global Leader on LGBTQ Rights
Next Up: Editor's Pick