Have 30-somethings done something to offend the pop culture gods? Because lately, they can’t seem to stop roasting us. Last month, a rude Medium post labeling us geriatric millennials went viral enough to spark discussion on the Today show. Next month, HBO Max will unveil a reboot of Gossip Girl that casts 25-year-old Tavi Gevinson, the fashion-blog prodigy and Rookie founder turned actor, as a teacher. And to tide us over as we await that indignity, here’s Netflix with an ostensibly steamy, actually terrible drama about a suburban housewife haunted by the carefree, promiscuous life she lived a decade ago as a music-loving party girl in New York.

Inspired by BB Easton’s 44 Chapters About 4 Men, a self-published memoir whose ascent calls to mind the Fifty Shades juggernaut, Sex/Life chronicles one woman’s descent into obsession with her ex-boyfriend. When we meet Billie Connelly (Sarah Shahi, doing the best possible job under the circumstances), she lives in ritzy Greenwich, Conn. and works as the full-time mom to two young kids—a job that, thanks to preschool and domestic staff, essentially consists of lounging around her luxurious home in a nap dress, waiting for her hunky finance-guy husband Cooper (The Brave alum Mike Vogel) to come home.

Yet she’s unsatisfied, because she spends her ample free time daydreaming of her unencumbered 20s, when she ran around Manhattan flanked by her best friend Sasha (Margaret Odette from Sleeping With Other People), a fellow psychology Ph.D student at Columbia. Like Billie, Sasha was wild—and, we learn from purring voiceover narration, “all that wildness brought us downtown, almost every Saturday night, to the Ludlow Street Cafe, and one equally wild lead singer, drummer, bassist after another.”

I’ll pause while you finish howling.

Anyway! For many of those debauched years, Billie was cycling through periods of rapture and agony with a tall, black-clad, Australian-accented dreamboat named, obviously, Brad (UnREAL’s Adam Demos). In one of many violet-hued, lust-inflected flashbacks, we watch him rescue her from the clutches of a would-be rapist on the street outside some implausible hybrid of grungy Lower East Side rock dive and sweaty Midtown meat market. “Are you with the band?” she asks. “Yeah, something like that,” Brad murmurs. In fact, he’s a record producer and label owner rich enough to own a cavernous penthouse whose rooftop pool offers a breathtaking skyline view. Above all, he is a Bad Boy—brooding, mercurial, wounded, roguish, prone to shattering the hearts of even the toughest, most self-assured women. Christian Grey, but replace the flogger collection with a full set of mint-condition, original-pressing Velvet Underground records.

So, now that Brad has crept back into Billie’s fantasies—and, we learn, vice versa—does poor, hot, dependable Good Guy Cooper stand a chance? And what will Cooper do when he reads all about it in the journal she’s been keeping, without so much as password protection, on her laptop? Well, besides tear a strap off her nightgown and bend her over the kitchen island.

I should stop making fun of the series’ Skinemax-y elements, lest you get the impression that I think every drama should be The Leftovers. Particularly now that streaming has expanded the largely uncensored pay-TV universe, there’s room for all kinds of programming aimed at grown-ups—including sexy shows whose target audience is female. Everyone has their own preferred brand of trash, and no one should feel guilty for indulging in such pleasures. For some it’s dystopian YA or pulpy sci-fi; for others it’s bad-boy romance, as Easton’s subgenre is called. Each can succeed on its own terms without being, you know, deep.

But Sex/Life drowns itself in the shallow end, so to speak, by failing to even generate much heat. There are plenty of R-rated scenes—so many, actually, that they get repetitive. At one point, Cooper frets that he hasn’t been as adventurous in the bedroom with Billie as she was with Brad—which is funny because, as far as I could tell, her encounters are weirdly similar. And while the material doesn’t require Phoebe-Waller-Bridge-level dialogue, it shouldn’t be so awful that it takes you out of the scene. Has any real person ever rhapsodized over “game-changing sex” or, in the throes of lust, referred to a certain body part as a “joystick”? Some utterances consist almost exclusively of cliché: “This neighborhood was ground zero for our crazy nights on the town,” Billie recalls. “This is where it all happened—where I felt like my best self.” (Note to screenwriters: there is one Ground Zero in Manhattan, and it isn’t in Soho.)

As the Fifty Shades franchise demonstrated, there’s a fine line between intentionally hot and unintentionally hilarious, and Sex/Life crosses it just as often as its predecessor. There’s another kind of enjoyment to be wrung from storytelling that’s so bad, it’s funny. But it’s a shame to have to place this show in that category, because it’s the kind of project I’d rather root for. While TV’s depictions of women’s sexuality have improved since Sex and the City, it’s still rare to see a series created by a woman (Stacy Rukeyser, also of UnREAL), who recruits a mostly female writing team to flesh out a libidinous female lead and hires all female directors as well as a female intimacy coordinator to capture that character’s pleasure. We could probably use more tales about 30-something women mourning their wild youths, too; men have certainly had their say on the topic over the years. Geriatric millennials would be all over that show, I’m sure—if only it were, by any definition of the word, good. 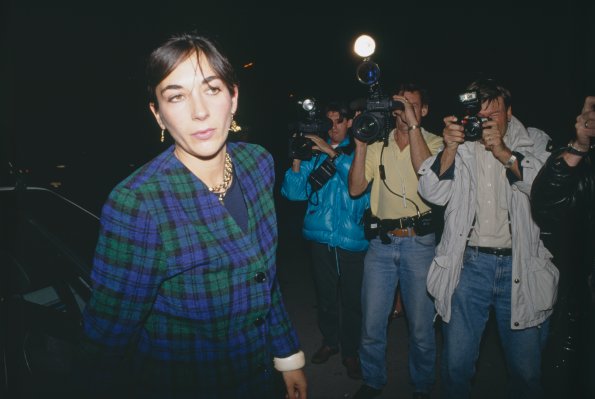 What’s the Point of Trying to Understand Ghislaine Maxwell?
Next Up: Editor's Pick