Why France's Emmanuel Macron Should Be Worried About Next Year's Elections

French President Emmanuel Macron and his wife Brigitte Macron vote at the polling station in Le Touquet, France, for the first round of the French regional and departmental elections on June 20, 2021.
Stephane Lemouton—Pool/Abaca/Sipa USA
Ideas
By Ian Bremmer
Bremmer is a foreign affairs columnist and editor-at-large at TIME. He is the president of Eurasia Group, a political-risk consultancy, and GZERO Media, a company dedicated to providing intelligent and engaging coverage of international affairs. He teaches applied geopolitics at Columbia University’s School of International and Public Affairs and his most recent book is Us vs. Them: The Failure of Globalism.

Following a three-month pandemic delay, French voters went to the polls on June 20 for the first round of local elections, which will fill the seats of assemblies in France’s 13 regions and 96 departments. There will be a second round of voting on June 27, but the electorate has already sent some clear messages. President Emmanuel Macron’s party, La République en Marche (LREM), has little local support. Main opposition leader Marine Le Pen and her right-wing National Rally party are not expanding their base. And a record number of eligible French voters can’t be bothered to vote.

Four years ago, the French electorate cast a ballot for change. In presidential voting, the traditional center-right finished in third place behind Le Pen and her far-right party. The traditional center-left Socialists finished in fifth place behind the Communist Party. The winner was Macron, a man who had never before run for office at the head of a party he had created from scratch little more than a year earlier. Macron’s party won an astounding 308 of 577 seats in the Assemblée Nationale, France’s powerful lower house of Parliament.

Once in office, the goal of any change candidate is to convince voters that he or she has made life better and the country stronger so that future elections will reject more change in favor of a new status quo. But on June 20, Macron’s LREM won just 11% of the vote, on par with the Green Party and the Socialists. That’s less of a shock than you might think. Incumbent parties rarely fare well in France’s local elections, and LREM didn’t exist in 2015, the last time they were held. But there is nothing in these numbers to boost Macron’s confidence as he heads into a bitter re-election fight next year. His best hope for now is that a swooning economy, pandemic lockdown fatigue and an initially slow vaccine rollout will give way to renewal by year’s end.

His other hope is that the opposition won’t get its act together, and here’s a rare bit of positive news for Macron. Le Pen’s National Rally, which was expected to finish first in the local elections, scored just 19% after taking more than 28% in 2015. The center-right Les Républicains, the political heirs to Charles de Gaulle, Jacques Chirac and Nicolas Sarkozy, won about 29%. Many experts and voters had predicted a Macron–Le Pen matchup in next year’s presidential second-round runoff. Opinion polls had suggested that Le Pen has expanded the National Rally’s support base beyond voters who like the anti-immigrant, anti-E.U., Islamophobic and sometimes anti-Semitic image of the National Front, the party’s predecessor, created nearly 50 years ago by Le Pen’s father Jean-Marie. But these numbers tell a different story, feeding persistent doubts that she can ever win a majority of voters. Le Pen has name recognition and an ability to attract media coverage, but we shouldn’t mistake those advantages for national electability.

Yet there is also evidence that voters have their doubts that any party can bring real change to France. Only about one-third of eligible voters bothered to show up, a 17-point drop from 2015 and an all-time low for the republic.

There was one winner from this muddle: Xavier Bertrand of the center-right Les Républicains has emerged as a serious challenger for President next year. It’s too early to know whether remarkably low turnout in regional elections has provided an accurate picture of the national mood in 2021. But maybe Bertrand is the fresh face who can sweep past an opposition figure (Le Pen) who has spent most of her political career trying to reinvent her party, and then oust Macron. 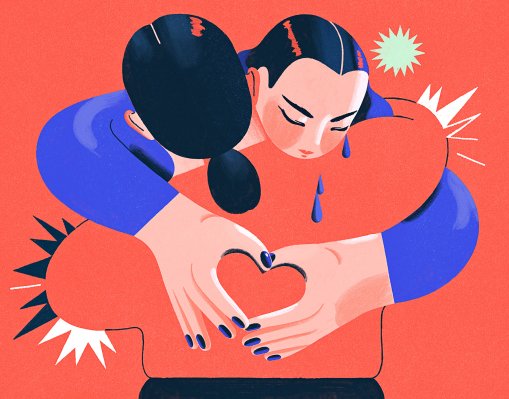 I'm Grateful for the Hugs I Can Now Share–and Haunted by the Ones I Can't
Next Up: Editor's Pick