By Suyin Haynes and Video by Arpita Aneja

In the Los Angeles club scene of the 1960s, Sir Lady Java—a dancer, comedian and drag queen—was a two-shows-a-night fixture. “I loved the people that came to see me, it delighted me,” she says, flipping through a scrapbook of newspaper clippings from the era, featuring her photographed in glamorous clothing, lying on luxurious feathered rugs.

But two shows a night wasn’t all she did. Now 80, Java is considered not just a legendary performer, but also a pioneering activist—even though her work combatting laws that restricted drag performance is not always taught as a key part of American LGBTQ+ history, or American history more broadly. As a Black gender non-conforming woman, she was at the intersection of discriminatory policing targeting both Black and brown communities and queer communities in 1960s Los Angeles and across the U.S. In 1967, three years after the Civil Rights Act was passed and two years before the Stonewall Uprising, Java started a revolution of her own, taking her case to court with the backing of the American Civil Liberties Union (ACLU). Java’s story is “an unsung yet really important episode in not just trans liberation, but the broader LGBT civil rights movement,” says historian Susan Stryker, professor of gender studies at Mills College.

Born in 1940, Java migrated from New Orleans to L.A. as a child with her family, and transitioned at a young age with the help, support and love of her mother. “We often hear these false narratives about how Black communities are more homophobic, and I think in her story, we see how untrue that is,” says Treva Ellison, assistant professor of gender and women’s studies at Pomona College. After graduating high school, Java became part of the vibrant Black performance art scene in L.A., and took on stand-up comedy and go-go dancing gigs at nightclubs across the city.

But while Java was taking the nightlife scene by storm and was featured in magazines including Jet, Ebony and Sepia, she was simultaneously the focus of increasing surveillance from the LAPD.

First introduced in 1958, the notorious Rule #9 of the local municipal code dictated that no bar owner could employ anyone who performed as the opposite sex to the one they were assigned at birth. For Java, the consequences of that law reached fever pitch during a run of performances in October 1967 at the Redd Foxx, a Black-owned nightclub which catered to a wide audience and took the stage name of its owner, the well known stand-up comedian and actor John Elroy Sanford. Java recalls how on one occasion, police officers tried to close the club down and took photographs of her while she was wearing a bikini costume. “They were kind of cruel to me,” she says.

These types of rules date back to the 1840s, Stryker explains, when a wave of municipal ordinances were introduced to outlaw cross dressing in cities across the U.S., including Chicago, St. Louis, Houston and San Francisco—all cities that had experienced rapid population growth and diversification. “Regulating appearance and comportment becomes a really important way of producing supremacy, able-bodied norms, producing cisgender norms in public space,” says Stryker.

“I think it’s interesting that Java performed throughout the ’60s at a variety of places,” says Ellison, pointing out that Java had performed for majority-white audiences, “but it was only important [to the LAPD] to really enforce Rule #9 when she was performing at this Black space.”

Sanford applied for a permit that would enable Java to perform, but on Oct. 4, 1967, the LAPD denied the permit. The documents from the LAPD denying this permit mentioned “female impersonators,” which is how Java refers to herself today. Her decision to live openly as a woman at that time is part of what made her trailblazing, says Ellison, adding that during this era, the phrase “female impersonator” encapsulated a variety of identities that we might think of as separate today, such as transgender woman or cross-dresser. “She always understood the struggle she was facing as both anti-Black employment issue and also an anti-trans discrimination issue,” says Ellison. “She from the beginning had that intersectional understanding of what was happening.”

After the permit was refused, Java held a protest arguing for her right to work, and the ACLU backed her efforts to try to overturn the legislation through a lawsuit. But California’s state supreme court wouldn’t hear the suit; due to the way Rule #9 was framed, the plaintiff had to be a bar owner rather than a performer, and the ACLU couldn’t find a bar owner willing to see the lawsuit through. While Java’s case was unsuccessful in court, her protest did raise awareness and visibility, and two years later, the rule was overturned via a separate lawsuit. “I think the significance of Lady Java’s court case, even though it in and of itself wasn’t successful, laid the groundwork for successful challenges of employment discrimination pertaining to gay and lesbian and transgender people,” says Stryker.

And in many ways, those challenges have continued to the present day. It was only last year that the U.S. Supreme Court handed down a landmark ruling protecting gay, lesbian and transgender employees from discrimination. The year 2021 has been record-breaking for the number of bills rolling back transgender rights across the United States, largely targeting transgender youth access to healthcare and participation in sports. For Ellison, those laws just go to show that Java’s story “has a lot to do with what we’re facing today in terms of the unfinished work around trans people’s right to live, to exist.”

An integral part of Java’s performances was the disrupting of stereotypes. “In many ways and instances, Java passed as a non-Black cisgender woman, but then made her living doing a whole stage show where she poked fun at the veracity of gendered aesthetics,” says Ellison. “So to me, as a performer who made a living doing what she did, she was openly flouting the conventions of gender and binary sex.” Here, parallels can be seen with drag performance, which continues to be not just an artform but a means of gender expression that helps people break new ground in society as well as in their own lives. “For some, beyond being a career, beyond being artistic expression, drag can be a means of the only way that they can access the gender expression that they desperately need,” says actor, singer and former RuPaul’s Drag Race contestant Peppermint, who became the first openly trans woman to originate a lead Broadway role in 2018. “I know that’s what it was for me.”

And for Java too, that opportunity for self expression has always been meaningful. “You can be you, and being you is the most important thing that we have,” she says. “If you can’t be yourself, who can you be?” 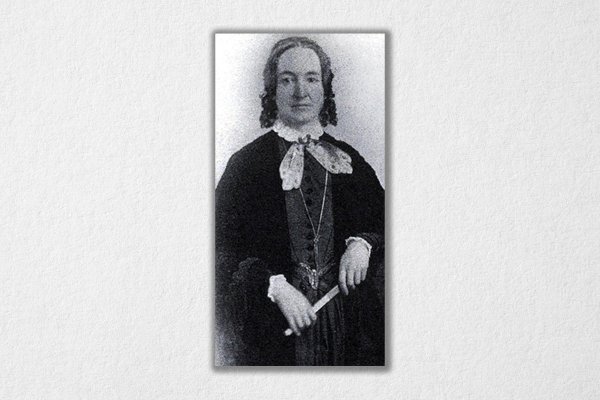 America's History of Silencing Women Through Psychiatry
Next Up: Editor's Pick