People stand in front of the Supreme Court in Washington, DC on June 17, 2021.
Shawn Thew — EPA / Shutterstock
By Madeleine Carlisle and Belinda Luscombe

The U.S. Supreme Court unanimously ruled on Thursday that the city of Philadelphia cannot refuse to work with a faith-based agency because it will not certify same-sex couples as foster parents. It was a win for religious liberty advocates in a case that has been closely watched not just by LGBTQ and religious freedom advocates but also those who work with foster children.

The case, Fulton v. Philadelphia, began in 2018 after a Philadelphia Inquirer article reported the agency, Catholic Social Services (CSS), would not certify same-sex couples to be foster parents because of its religious beliefs. After Philadelphia severed the agency’s contract, saying the practice violated the city’s nondiscrimination clause, CSS and two foster mothers sued the city. They argued the city’s decision violated their right to religious freedom. Two lower courts had ruled in favor of the city; the Jun 17 Supreme Court decision overruled them.

“As Philadelphia acknowledges, CSS has ‘long been a point of light in the City’s foster-care system,’” Chief Justice John Roberts wrote in his majority opinion. “CSS seeks only an accommodation that will allow it to continue serving the children of Philadelphia in a manner consistent with its religious beliefs; it does not seek to impose those beliefs on anyone else.”

The Justices added that foster care is a special case. “Certification as a foster parent is not readily accessible to the public; the process involves a customized and selective assessment that bears little resemblance to staying in a hotel, eating at a restaurant, or riding a bus,” Roberts continued. “The District Court’s contrary conclusion did not take into account the uniquely selective nature of foster care certification.”

Legal scholars disagree about what the scale of the decision’s impact might be. “Today’s ruling is highly significant,” said Notre Dame Law School Professor Richard Garnett in a statement, pointing out that it veered from three decades of decisions that tended to disfavor religious liberty. Even the more liberal justices signed on, he noted. “All nine justices agree that, when a rule targets religious practices for disapproval, or singles out religious exercise for burdens, it is highly suspect.”

Others downplayed its magnitude. Adam Winkler, a professor at UCLA Law School, says he thinks the case has a limited impact in and of itself. “It’s definitely not a landmark case the way people thought it might be,” he says. But, he adds, “The ruling reflects the importance of religious liberty in this Supreme Court… [which] has a very consistent, steady stream of broadly construing religious freedom rights, even at the potential sacrifice of LGBTQ rights.”

The court punted on major questions that were raised in oral arguments, as it did in 2018’s Masterpiece Cakeshop v. Colorado Civil Rights Commission, which also dealt with religious exemptions to anti-LGBTQ discrimination laws. In Fulton the court did not rule on whether the religious belief of businesses gives them the ability to discriminate against LGBTQ people, even in the face of anti-discrimination law, explains Winkler. It also did not rule on whether states and cities have a compelling interest to prohibit LGBTQ discrimination in taxpayer-funded public accommodations like food banks and homeless shelters. Instead, the court found the foster care system isn’t covered by public accommodation law, explains Douglas NeJaime, a professor of law at Yale Law School.

The Justices also did not revisit the landmark 1990 ruling Employment Division v. Smith, which says Americans cannot have exemptions to laws on religious grounds as long as those laws are neutral and generally applicable to everybody, instead simply ruling that Philadelphia’s policy is not generally applicable.

“We are relieved that the court did not recognize a license to discriminate based on religious beliefs,” said Leslie Cooper, deputy director of the ACLU LGBTQ & HIV Project, which had represented two other agencies on behalf of Philadelphia in the case. “Opponents of LGBTQ equality have been seeking to undo hard-won non-discrimination protections by asking the court to establish a constitutional right to opt out of such laws when discrimination is motivated by religious beliefs. This is the second time in four years that the court has declined to do so.”

Before the ruling, Lori Windham, with Becket Law, the conservative firm representing CSS, said she had hoped for some clarity on how governments should handle tensions between anti-discrimination laws and religious freedom—as well as a win. ”We hope that the court will give some guidance going forward that will help religious ministries and courts to navigate these issues.”

But it’s unclear how much guidance this ruling actually provides. While the ruling attempts to be narrow, it “nonetheless puts governments in a challenging position,” argues NeJaime. It implies that city authorities can avoid religious objections if they write contracts without any exemptions, but that could be extremely difficult for any civic body attempting to balance different interests.

The case was closely watched by those who work in foster care, because it pitted faith-based organizations, which have deep expertise and history in recruiting, certifying and training potential foster care families, against civil liberty groups, who argued that LGBTQ families were being treated unfairly, especially since same-sex couples are more likely to adopt children than different-sex couples. A decision which shut out either group would make finding foster care parents—of which there is a nationwide shortage—even more difficult.

The shortage of foster care families has led some faith-based organizations to adopt an all hands on deck approach, and start certifying same-sex couples. According to the advocacy organization Children’s Rights, more than 672,000 children spent some time in foster care in 2019. Many such children eventually go back to their biological families, and many are adopted—but many age out of the system, which then makes their adult life much more perilous. In 2019, more than 20,000 children ages out of the foster system without a permanent home.

Both sides of the case argued their stance was in the best interest of the children. CSS pointed out that faith-based groups have a long history of foster work. According to Becket, after Massachusetts and Illinois requested agencies to certify same-sex couples, the number of available foster homes fell by 7,000 in the following six years as many of the Christian agencies closed up shop. “My faith is what drives me to care for foster children here in Philadelphia,” said one of the plaintiffs Sharonell Fulton, in a statement after the ruling. “I thank God the Supreme Court believes that’s a good thing, worthy of protection.”

Advocates for LGBTQ rights, however, said LGBTQ youth, who are disproportionately represented in foster homes, should be placed with parents who are accepting of their sexual orientation or gender identity. Research from UCLA’s Williams Institute found that between 2014 and 2016 about 3% of same-sex couples were fostering a child and more than 21% were raising an adoptive child. “Today’s decision to allow private agencies that receive tax dollars to provide government services to discriminate against LGBTQ+ families like mine is devastating for the human rights of people who identify as LGBTQ+,” said Ronald E. Richter, the CEO and executive director of New York City’s largest foster care agency, JCCA.

It’s unclear how this ruling will affect the foster care system going forward, which is often run at the local level. “Governments running foster care systems are likely to review their contracts and policies in an attempt to remove provisions that might be seen to be analogous to the types of exemptions the Court found problematic here,” predicts NeJaime, in an email. “Of course, some governments might simply exempt religious objectors, but others will continue to enforce nondiscrimination obligations on organizations contracting with them.” 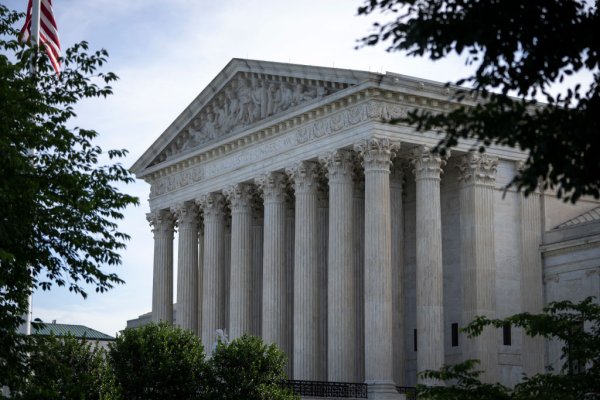